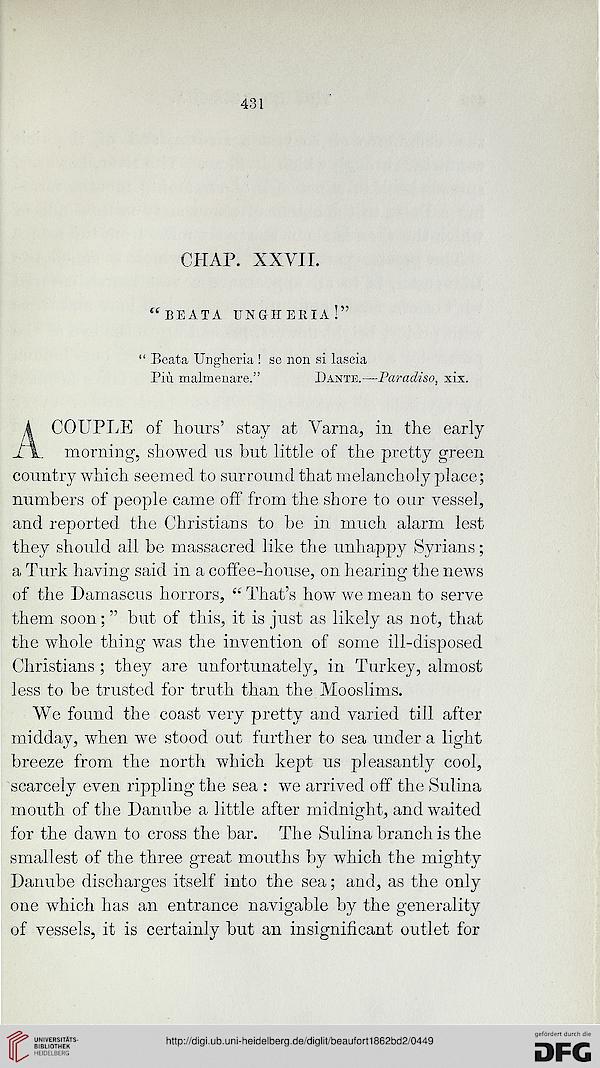 COUPLE of hours' stay at Varna, in the early
morning, showed us but little of the pretty green
country which seemed to surround that melancholy place;
numbers of people came off from the shore to our vessel,
and reported the Christians to be in much alarm lest
they should all be massacred like the unhappy Syrians;
a Turk having said in a coffee-house, on hearing the news
of the Damascus horrors, " That's how we mean to serve
them soon; " but of this, it is just as likely as not, that
the whole thing was the invention of some ill-disposed
Christians ; they are unfortunately, in Turkey, almost
less to be trusted for truth than the Mooslims.

We found the coast very pretty and varied till after
midday, when we stood out further to sea under a light
breeze from the north which kept us pleasantly cool,
scarcely even rippling the sea : we arrived off the Sulina
mouth of the Danube a little after midnight, and waited
for the dawn to cross the bar. The Sulina branch is the
smallest of the three great mouths by which the mighty
Danube discharges itself into the sea; and, as the only
one which has an entrance navigable by the generality
of vessels, it is certainly but an insignificant outlet for