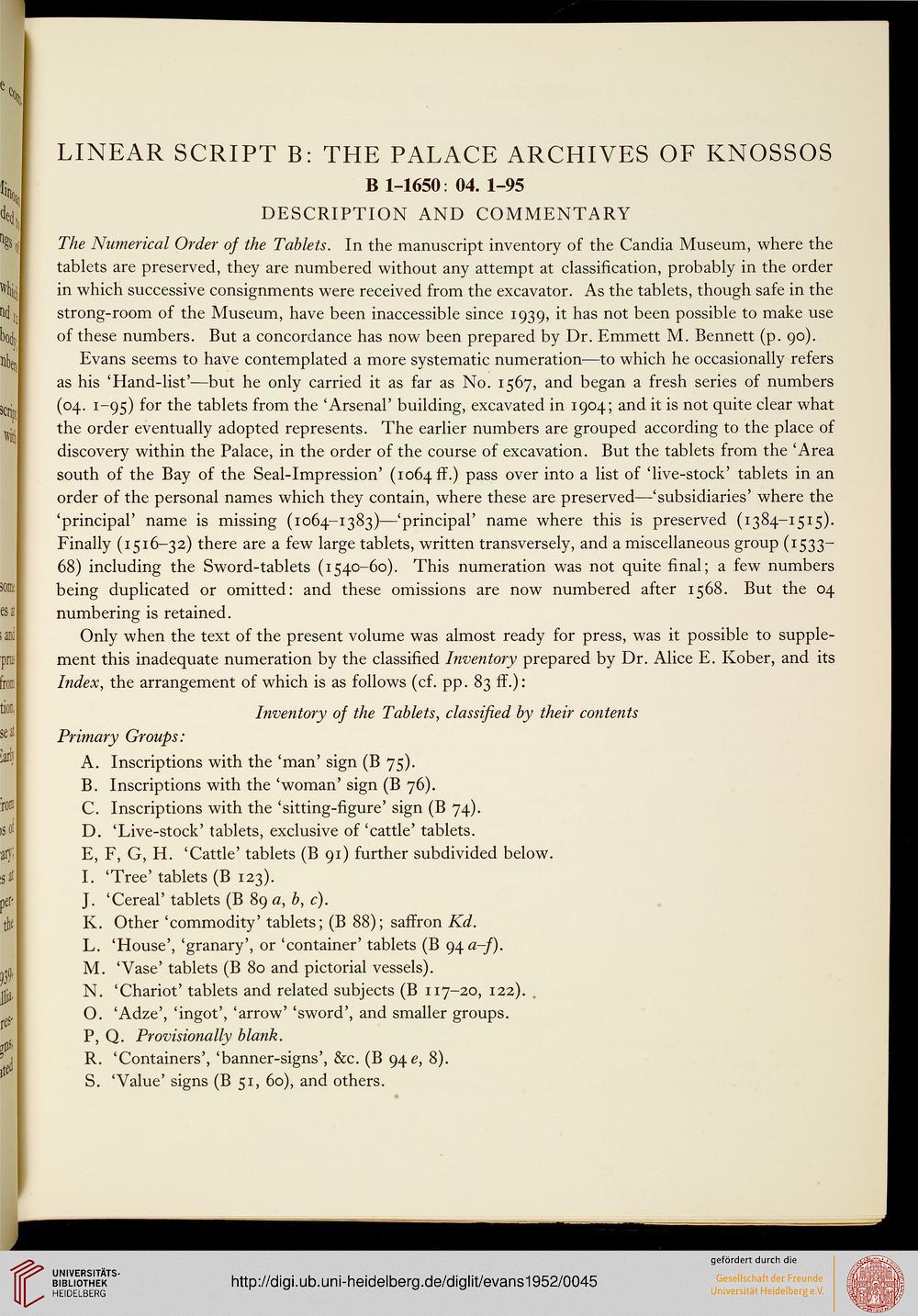 Information about OCR text
LINEAR SCRIPT B: THE PALACE ARCHIVES OF KNOSSOS