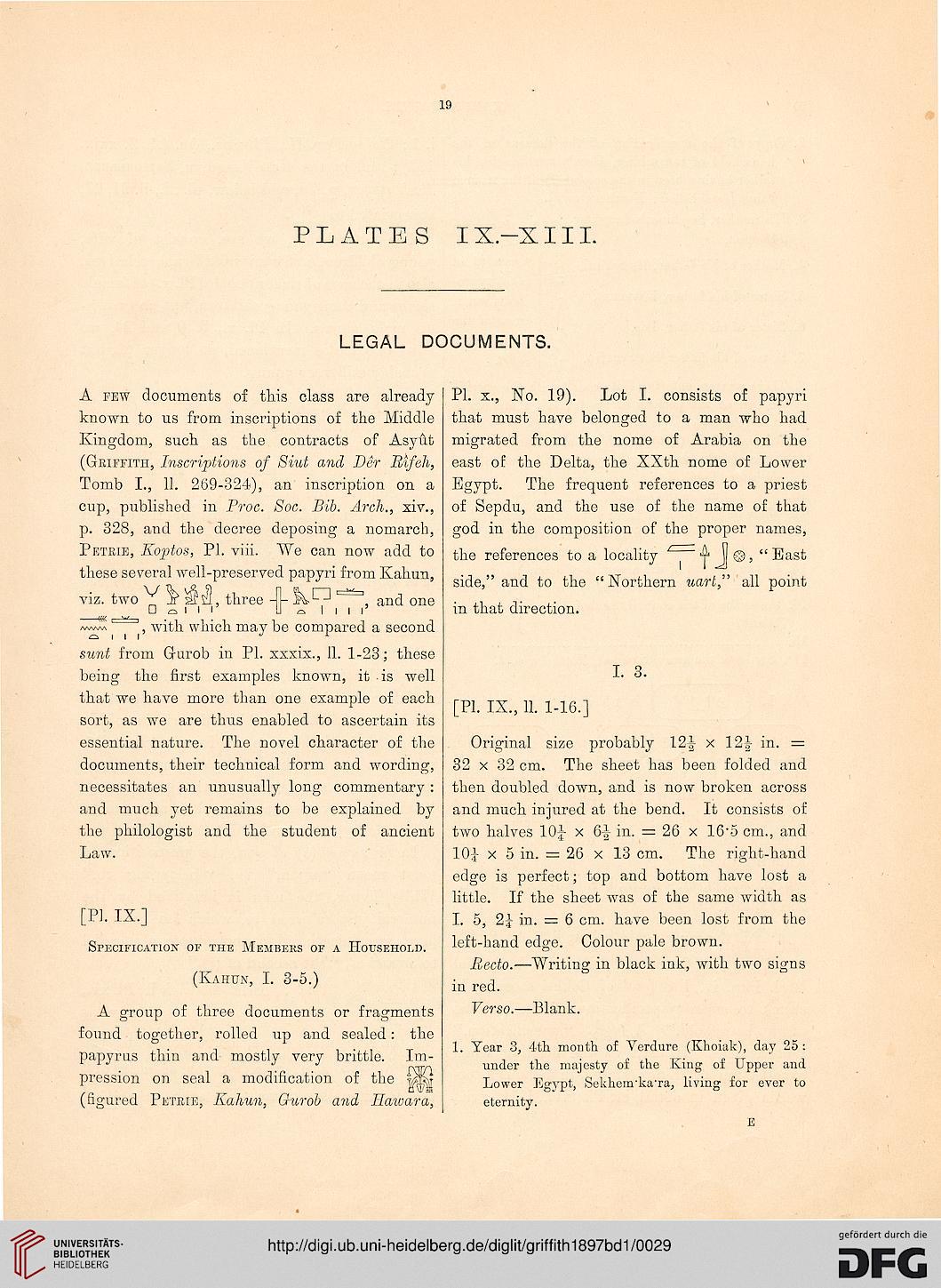 A few documents of this class are already-
known to us from inscriptions of the Middle
Kingdom, such as the contracts of Asyut
(Gbiffith, Inscriptions of Siut and Der Bifeh,
Tomb L, 11. 269-324), an inscription on a
cup, published in Proc. Soc. Bib. Arch., xiv.,
p. 328, and the decree deposing a nomarch,
Peteib, Koptos, PI. viii. We can now add to
these several well-preserved papyri from Kahun,

= , with which may be compared a second

sunt from Gurob in PI. xxxix., II. 1-23; these
being the first examples known, it is well
that we have more than one example of each
sort, as we are thus enabled to ascertain its
essential nature. The novel character of the
documents, their technical form and wording,
necessitates an unusually long commentary :
and much yet remains to be explained by
the philologist and the student of ancient
Law.

Specification of the Membeks of a Household.

A group of three documents or fragments
found together, rolled up and sealed: the
papyrus thin and mostly very brittle. Im-
pression on seal a modification of the
(figured Peteie, Kahun, Gurob and Eawara,

PL x., No. 19). Lot I. consists of papyri
that must have belonged to a man who had
migrated from the nome of Arabia on the
east of the Delta, the XXth nome of Lower
Egypt. The frequent references to a priest
of Sepdu, and the use of the name of that
god in the composition of the proper names,

side," and to the "Northern uart" all point

Recto.—Writing in black ink, with two signs
in red.

1. Year 3, 4th month of Verdure (Khoiak), day 25 :
under the majesty of the King of Upper and
Lower Egypt, Sekhenvka'ra, living for ever to
eternity.