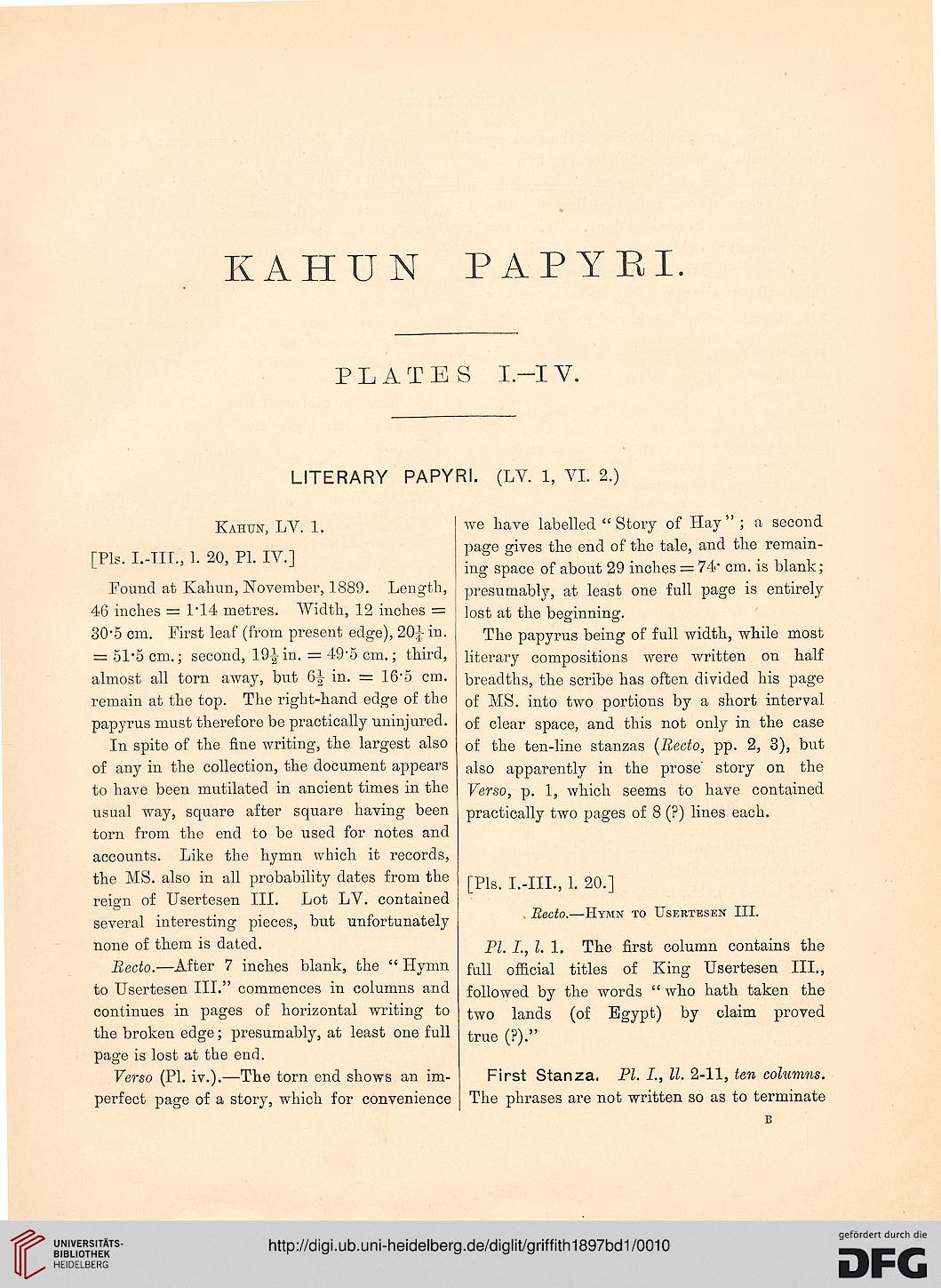 In spite of the fine writing, the largest also
of any in the collection, the document appears
to have been mutilated in ancient times in the
usual way, square after square having been
torn from the end to be used for notes and
accounts. Like the hymn which it records,
the MS. also in all probability dates from the
reign of Usertesen III. Lot LV. contained
several interesting pieces, but unfortunately
none of them is dated.

Recto.—After 7 inches blank, the " Hymn
to Usertesen III." commences in columns and
continues in pages of horizontal writing to
the broken edge; presumably, at least one full
page is lost at the end.

Verso (PI. iv.).—The torn end shows an im-
perfect page of a story, which for convenience

we have labelled "Story of Hay" ; a second
page gives the end of the tale, and the remain-
ing space of about 29 inches = 74* cm. is blank;
presumably, at least one full page is entirely
lost at the beginning.

The papyrus being of full width, while most
literary compositions were written on half
breadths, the scribe has often divided his page
of MS. into two portions by a short interval
of clear space, and this not only in the case
of the ten-line stanzas (Redo, pp. 2, 3), but
also apparently in the prose' story on the
Verso, p. 1, which seems to have contained
practically two pages of 8 (?) lines each.

PI. I., I. 1. The first column contains the
full official titles of King Usertesen III.,
followed by the words " who hath taken the
two lands (of Egypt) by claim proved
true (?)."

First Stanza. PI. I., II. 2-11, ten columns.
The phrases are not written so as to terminate