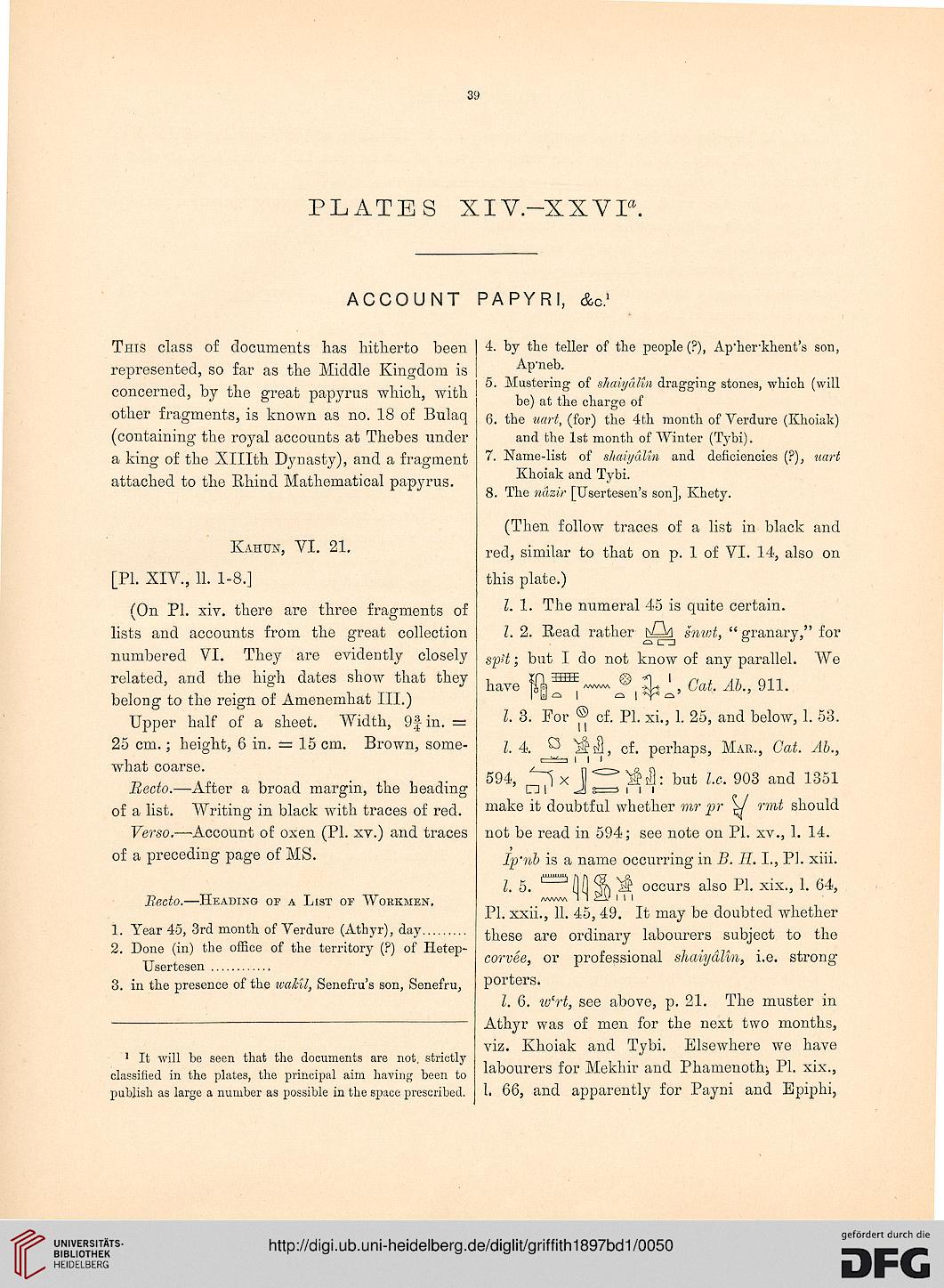 This class of documents has hitherto been
represented, so far as the Middle Kingdom is
concerned, by the great papyrus which, with
other fragments, is known as no. 18 of Bulaq
(containing the royal accounts at Thebes under
a king of the Xlllth Dynasty), and a fragment
attached to the Rhind Mathematical papyrus.

(On PL xiv. there are three fragments of
lists and accounts from the great collection
numbered VI. They are evidently closely
related, and the high dates show that they
belong to the reign of Amenemhat III.)

Recto.—After a broad margin, the heading
of a list. Writing in black with traces of red.

Verso.—Account of oxen (PL xv.) and traces
of a preceding page of MS.

1 It will be seen that the documents are not. strictly
classified in the plates, the principal aim having been to
publish as large a number as possible in the space prescribed.

5. Mustering of shaiyaMn dragging stones, which (will

be) at the charge of

and the 1st month of Winter (Tybi).

sp't; but I do not know of any parallel. We

PL xxii., 11. 45, 49. It may be doubted whether
these are ordinary labourers subject to the
corvee, or professional shaiydlm, i.e. strong
porters.

I. 6. w'rt, see above, p. 21. The muster in
Athyr was of men for the next two months,
viz. Khoiak and Tybi. Elsewhere we have
labourers for Mekhir and Phamenothj PL xix.,
1. 66, and apparently for Payni and Epiphi,