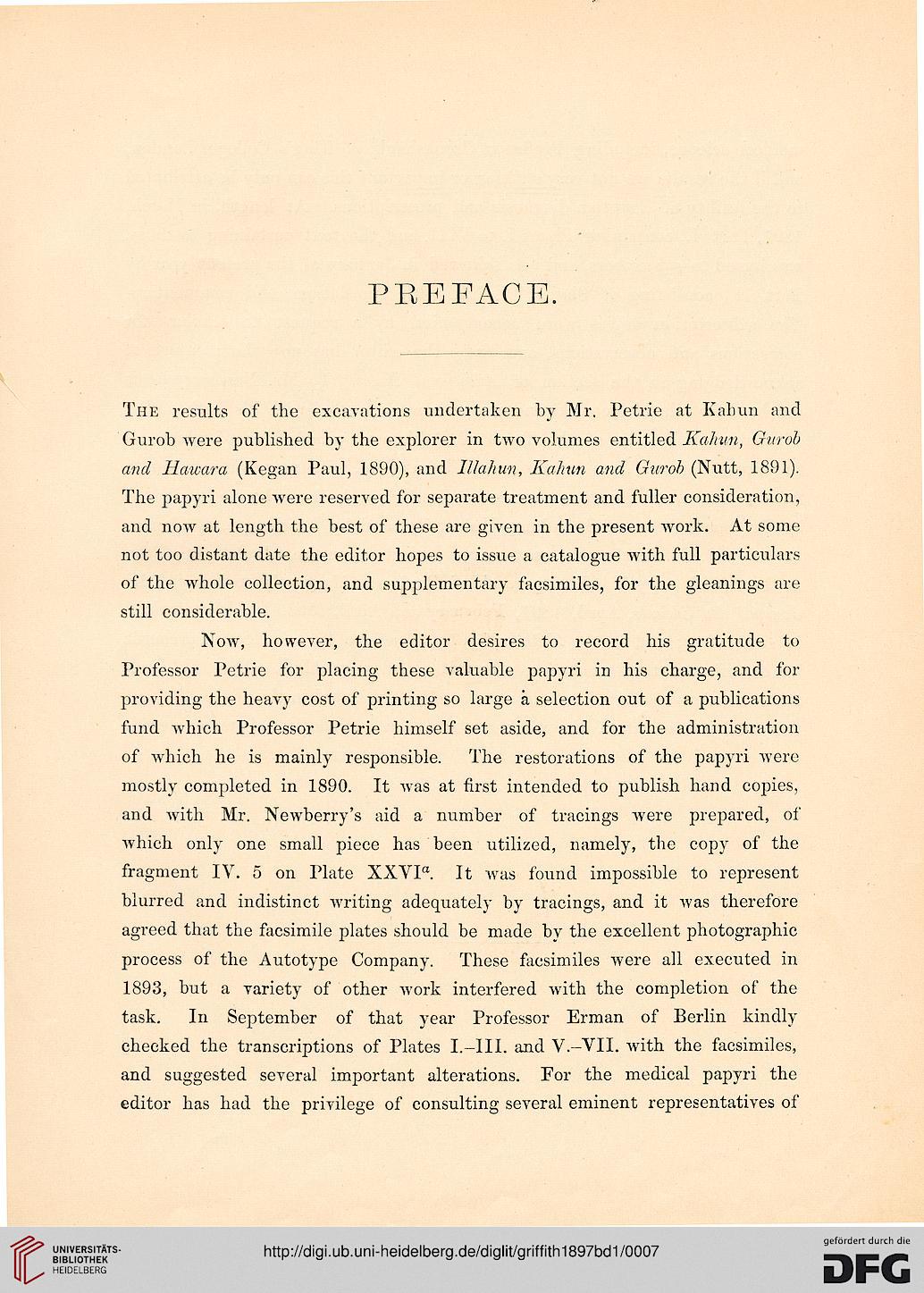 The results of the excavations undertaken by Mr. Petrie at Kahun and
Gurob Avere published by the explorer in two volumes entitled Kahun, Gurob
and Hawara (Kegan Paul, 1890), and Illahun, Kahun and Gurob (Nutt, 1891).
The papyri alone were reserved for separate treatment and fuller consideration,
and now at length the best of these are given in the present work. At some
not too distant date the editor hopes to issue a catalogue with full particulars
of the whole collection, and supplementary facsimiles, for the gleanings are
still considerable.

Now, however, the editor desires to record his gratitude to
Professor Petrie for placing these valuable papyri in his charge, and for
providing the heavy cost of printing so large a selection out of a publications
fund which Professor Petrie himself set aside, and for the administration
of which he is mainly responsible. The restorations of the papyri were
mostly completed in 1890. It was at first intended to publish hand copies,
and with Mr. Newberry's aid a number of tracings were prepared, of
which only one small piece has been utilized, namely, the copy of the
fragment IV. 5 on Plate XXVP. It was found impossible to represent
blurred and indistinct writing adequately by tracings, and it was therefore
agreed that the facsimile plates should be made by the excellent photographic
process of the Autotype Company. These facsimiles were all executed in
1893, but a variety of other work interfered with the completion of the
task. In September of that year Professor Erman of Berlin kindly
cheeked the transcriptions of Plates I.-III. and V.-VII. with the facsimiles,
and suggested several important alterations. For the medical papyri the
editor has had the privilege of consulting several eminent representatives of