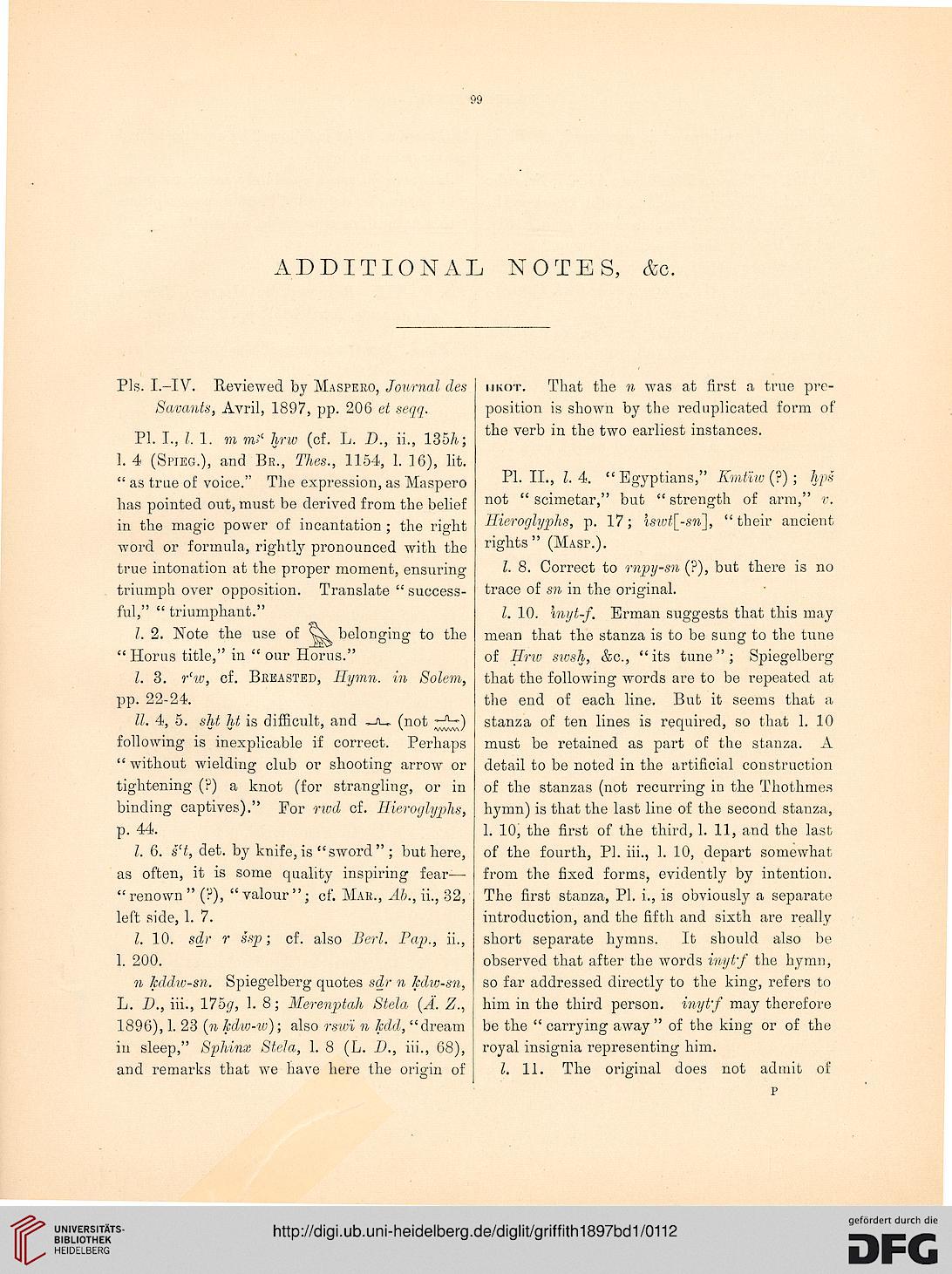 II. 4, 5. sht ht is difficult, and _n_ (not ~JL~)
following is inexplicable if correct. Perhaps
" without wielding club or shooting arrow or
tightening (?) a knot (for strangling, or in
binding captives)." For nod cf. Hieroglyphs,
p. 44.

mkot. That the n was at first a true pre-
position is shown by the reduplicated form of
the verb in the two earliest instances.

I. 10. hiyt-f. Erman suggests that this may
mean that the stanza is to be sung to the tune
of Hnv swsh, &c, "its tune"; Spiegelberg
that the following words are to be repeated at
the end of each line. But it seems that a
stanza of ten lines is required, so that 1. 10
must be retained as part of the stanza. A
detail to be noted in the artificial construction
of the stanzas (not recurring in the Thothmes
hymn) is that the last line of the second stanza,
1. 10, the first of the third, 1. 11, and the last
of the fourth, PI. hi., 1. 10, depart somewhat
from the fixed forms, evidently by intention.
The first stanza, PI. i., is obviously a separate
introduction, and the fifth and sixth are really
short separate hymns. It should also be
observed that after the words inyt'f the hymn,
so far addressed directly to the king, refers to
him in the third person, inyt'f may therefore
be the " carrying away " of the king or of the
royal insignia representing him.

I. 11. The original does not admit of