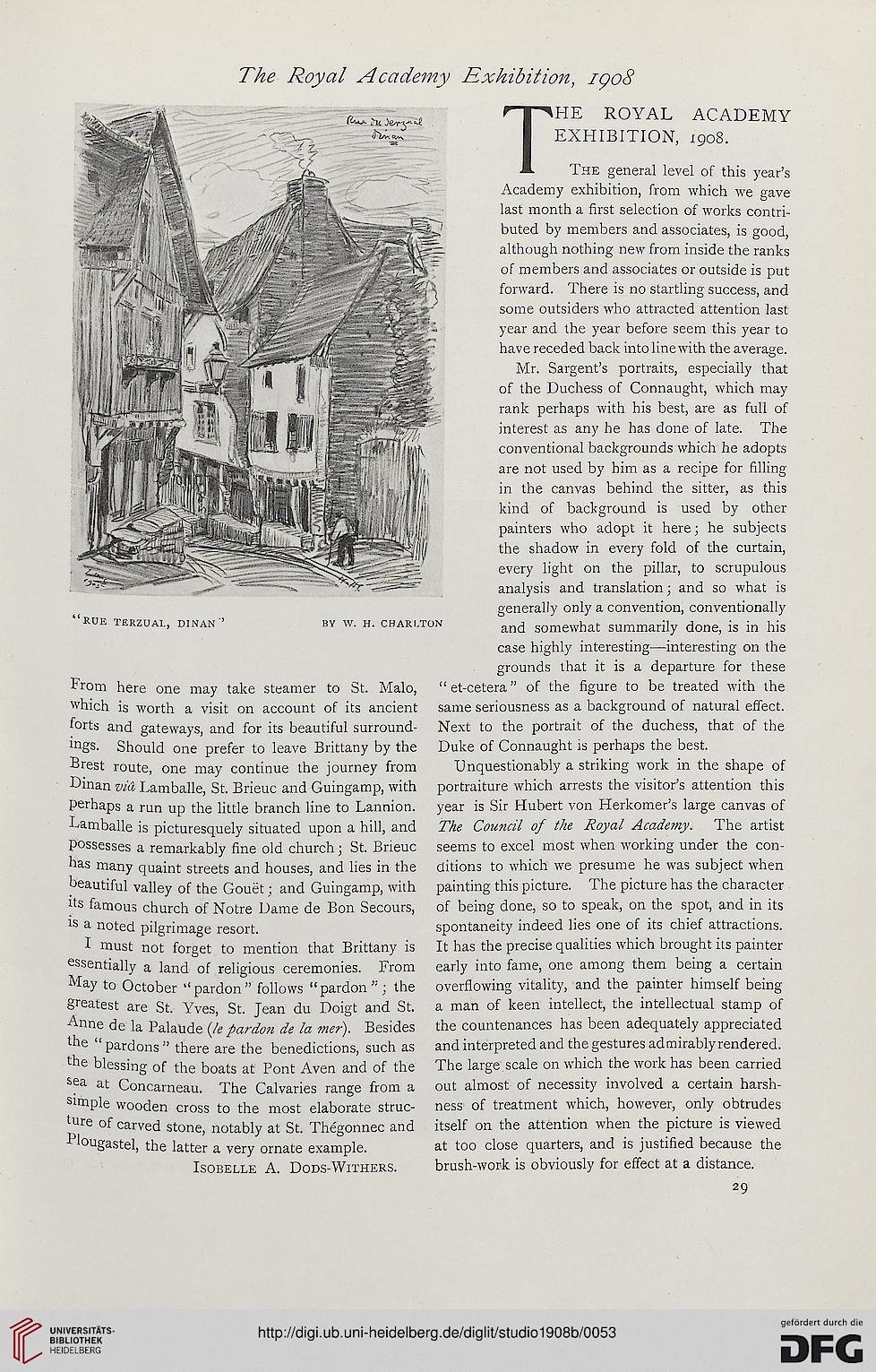 From here one may take steamer to St. Malo,
which is worth a visit on account of its ancient
forts and gateways, and for its beautiful surround-
ings. Should one prefer to leave Brittany by the
Brest route, one may continue the journey from
Dinan via Lamballe, St. Brieuc and Guingamp, with
perhaps a run up the little branch line to Lannion.
Lamballe is picturesquely situated upon a hill, and
possesses a remarkably fine old church; St. Brieuc
has many quaint streets and houses, and lies in the
beautiful valley of the Gouet; and Guingamp, with
its famous church of Notre Dame de Bon Secours,
ts a noted pilgrimage resort.

I must not forget to mention that Brittany is
essentially a land of religious ceremonies. From
Hay to October 11 pardon” follows “pardon ’"; the
greatest are St. Yves, St. Jean du Doigt and St.
Anne de la Palatide (/e pardon de la mer). Besides
the “ pardons ” there are the benedictions, such as
the blessing of the boats at Pont Aven and of the
sea at Concarneau. The Calvaries range from a
simple wooden cross to the most elaborate struc-
ture of carved stone, notably at St. Thegonnec and
1 lougastel, the latter a very ornate example.

The general level of this year’s
Academy exhibition, from which we gave
last month a first selection of works contri-
buted by members and associates, is good,
although nothing new from inside the ranks
of members and associates or outside is put
forward. There is no startling success, and
some outsiders who attracted attention last
year and the year before seem this year to
have receded back into line with the average.

Mr. Sargent’s portraits, especially that
of the Duchess of Connaught, which may
rank perhaps with his best, are as full of
interest as any he has done of late. The
conventional backgrounds which he adopts
are not used by him as a recipe for filling
in the canvas behind the sitter, as this
kind of background is used by other
painters who adopt it here; he subjects
the shadow in every fold of the curtain,
every light on the pillar, to scrupulous
analysis and translation; and so what is
generally only a convention, conventionally
and somewhat summarily done, is in his
case highly interesting—interesting on the
grounds that it is a departure for these
“ et-cetera ” of the figure to be treated with the
same seriousness as a background of natural effect.
Next to the portrait of the duchess, that of the
Duke of Connaught is perhaps the best.

Unquestionably a striking work in the shape of
portraiture which arrests the visitor’s attention this
year is Sir Hubert von Herkomer’s large canvas of
The Council of the Royal Academy. The artist
seems to excel most when working under the con-
ditions to which we presume he was subject when
painting this picture. The picture has the character
of being done, so to speak, on the spot, and in its
spontaneity indeed lies one of its chief attractions.
It has the precise qualities which brought its painter
early into fame, one among them being a certain
overflowing vitality, and the painter himself being
a man of keen intellect, the intellectual stamp of
the countenances has been adequately appreciated
and interpreted and the gestures admirably rendered.
The large scale on which the work has been carried
out almost of necessity involved a certain harsh-
ness of treatment which, however, only obtrudes
itself on the attention when the picture is viewed
at too close quarters, and is justified because the
brush-work is obviously for effect at a distance.