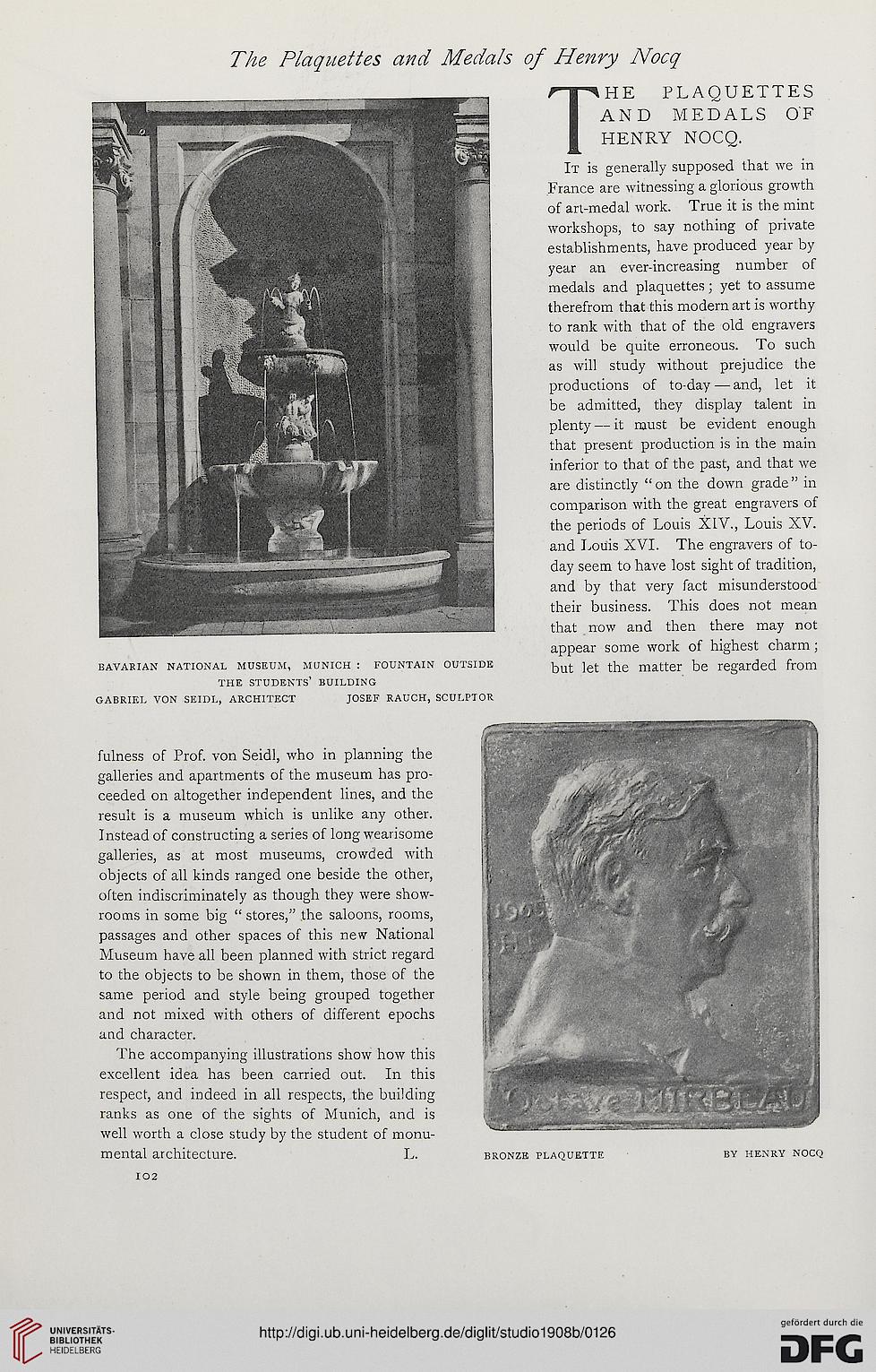 Information about OCR text
The Plaquettes and Medals of Henry Nocq

AND MEDALS OF
HENRY NOCQ.

It is generally supposed that we in
France are witnessing a glorious growth
of art-medal work. True it is the mint
workshops, to say nothing of private
establishments, have produced year by
year an ever-increasing number of
medals and plaquettes; yet to assume
therefrom that this modem art is worthy
to rank with that of the old engravers
would be quite erroneous. To such
as will study without prejudice the
productions of to-day — and, let it
be admitted, they display talent in
plenty — it must be evident enough
that present production is in the main
inferior to that of the past, and that we
are distinctly “ on the down grade ” in
comparison with the great engravers of
the periods of Louis XIV., Louis XV.
and Louis XVI. The engravers of to-
day seem to have lost sight of tradition,
and by that very fact misunderstood
their business. This does not mean
that now and then there may not
appear some work of highest charm;
but let the matter be regarded from

fulness of Prof, von Seidl, who in planning the
galleries and apartments of the museum has pro-
ceeded on altogether independent lines, and the
result is a museum which is unlike any other.

Instead of constructing a series of long wearisome
galleries, as at most museums, crowded with
objects of all kinds ranged one beside the other,
often indiscriminately as though they were show-
rooms in some big “ stores,” the saloons, rooms,
passages and other spaces of this new National
Museum have all been planned with strict regard
to the objects to be shown in them, those of the
same period and style being grouped together
and not mixed with others of different epochs
and character.

The accompanying illustrations show how this
excellent idea has been carried out. In this
respect, and indeed in all respects, the building
ranks as one of the sights of Munich, and is
well worth a close study by the student of monu-
mental architecture. L. bronze plaquette by henry nocq