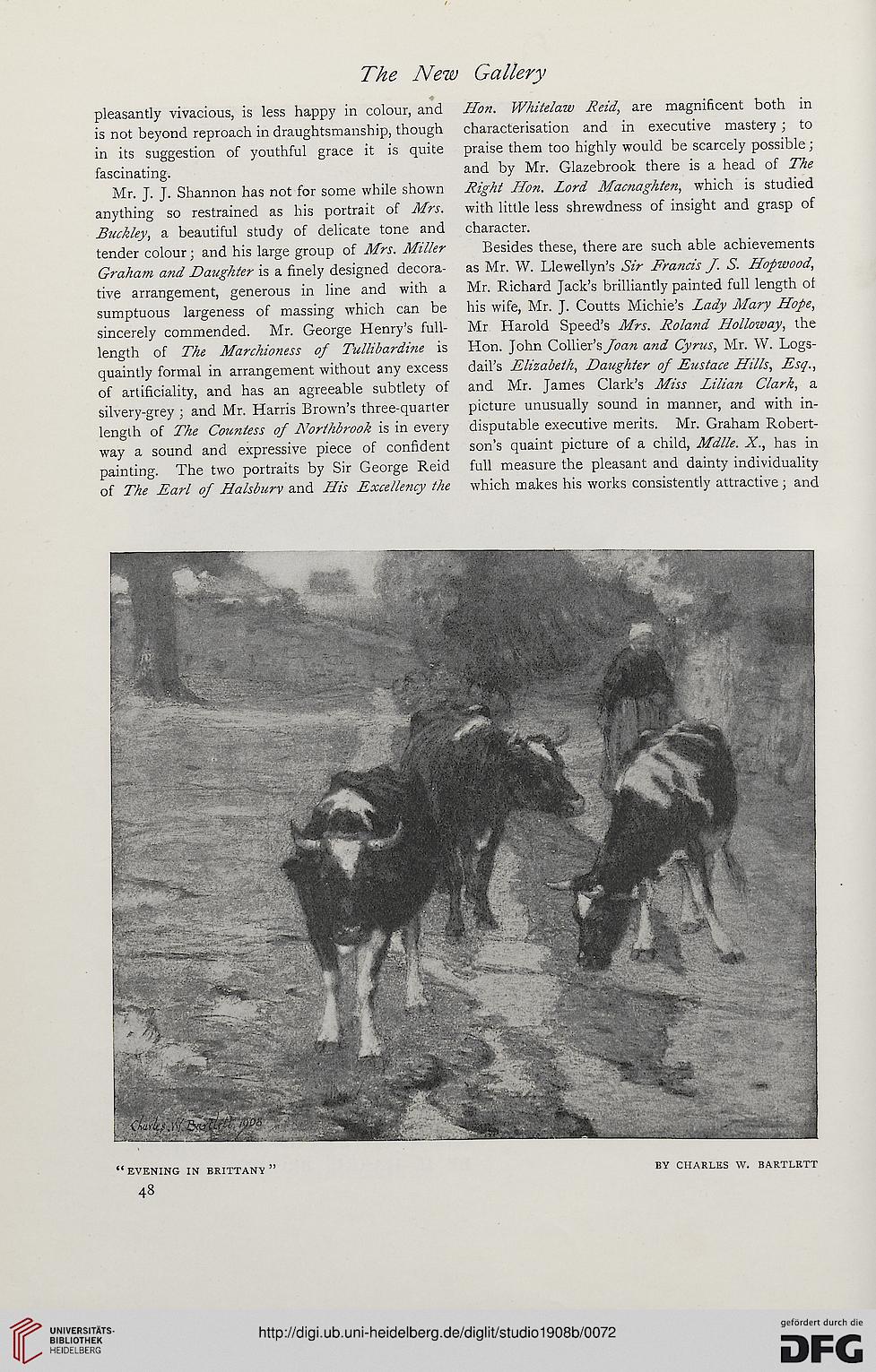 pleasantly vivacious, is less happy in colour, and
is not beyond reproach in draughtsmanship, though
in its suggestion of youthful grace it is quite
fascinating.

Mr. J. J. Shannon has not for some while shown
anything so restrained as his portrait of Mrs.
Buckley, a beautiful study of delicate tone and
tender colour; and his large group of Mrs. Miller
Graham and Daughter is a finely designed decora-
tive arrangement, generous in line and with a
sumptuous largeness of massing which can be
sincerely commended. Mr. George Henry’s full-
length of The Marchioness of Tullibardine is
quaintly formal in arrangement without any excess
of artificiality, and has an agreeable subtlety of
silvery-grey ; and Mr. Harris Brown’s three-quarter
length of The Countess of Northbrook is in every
way a sound and expressive piece of confident
painting. The two portraits by Sir George Reid
of The Earl of Halsburv and His Excellency the

Hon. Whitelaw Reid, are magnificent both in
characterisation and in executive mastery ; to
praise them too highly would be scarcely possible;
and by Mr. Glazebrook there is a head of The
Right Hon. Lord Macnaghten, which is studied
with little less shrewdness of insight and grasp of
character.