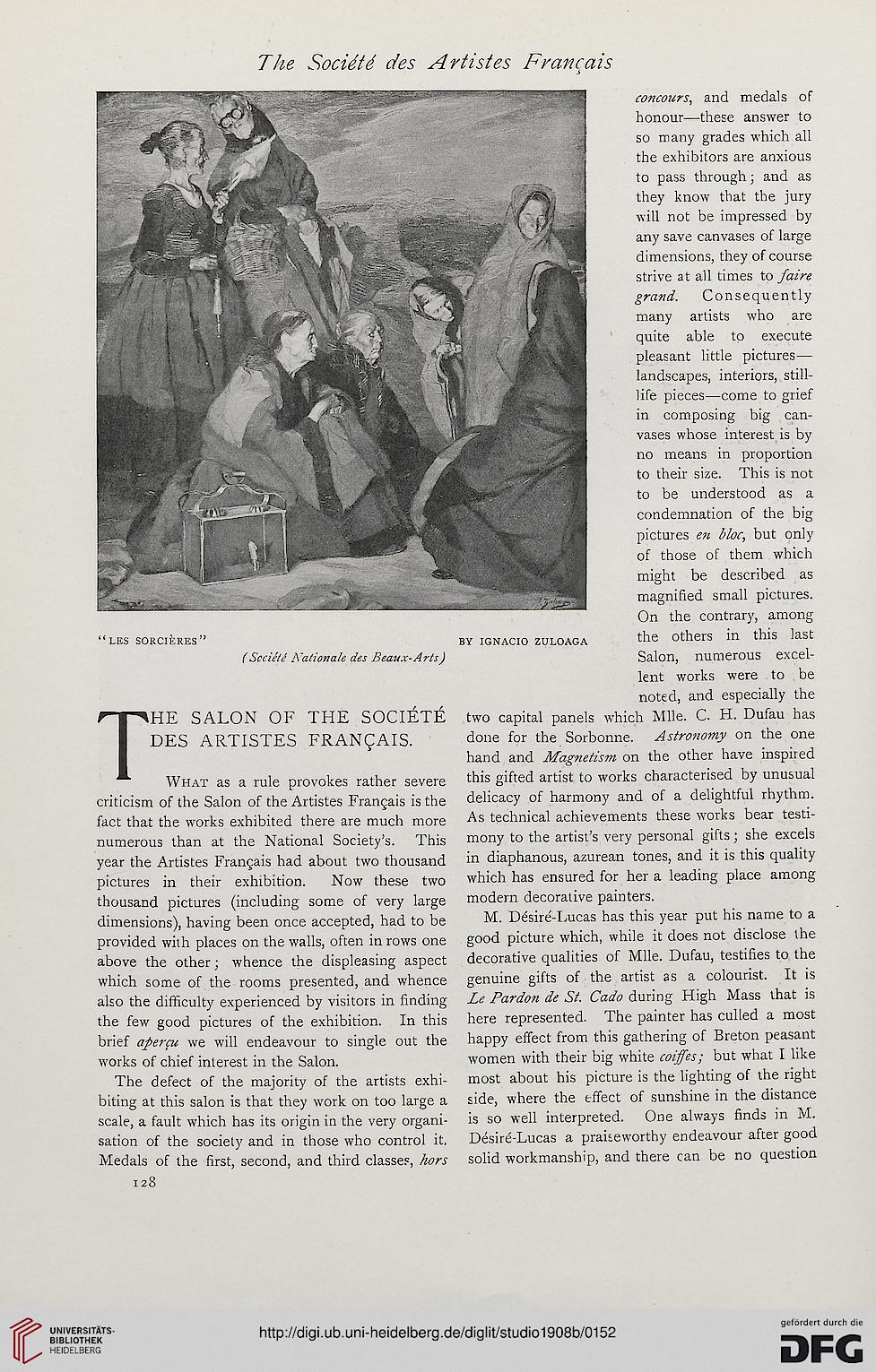 The salon of the societe
DES ARTISTES FRAN£AIS.

What as a rule provokes rather severe
criticism of the Salon of the Artistes Frangais is the
fact that the works exhibited there are much more
numerous than at the National Society’s. This
year the Artistes Frangais had about two thousand
pictures in their exhibition. Now these two
thousand pictures (including some of very large
dimensions), having been once accepted, had to be
provided with places on the walls, often in rows one
above the other; whence the displeasing aspect
which some of the rooms presented, and whence
also the difficulty experienced by visitors in finding
the few good pictures of the exhibition. In this
brief aperfu we will endeavour to single out the
works of chief interest in the Salon.

The defect of the majority of the artists exhi-
biting at this salon is that they work on too large a
scale, a fault which has its origin in the very organi-
sation of the society and in those who control it.
Medals of the first, second, and third classes, hors
128

concours, and medals of
honour—these answer to
so many grades which all
the exhibitors are anxious
to pass through; and as
they know that the jury
will not be impressed by
any save canvases of large
dimensions, they of course
strive at all times to faire
grand. Consequently
many artists who are
quite able to execute
pleasant little pictures—
landscapes, interiors, still-
life pieces—come to grief
in composing big can-
vases whose interest is by
no means in proportion
to their size. This is not
to be understood as a
condemnation of the big
pictures en bloc, but only
of those of them which
might be described as
magnified small pictures.
On the contrary, among
the others in this last
Salon, numerous excel-
lent works were to be
noted, and especially the
two capital panels which Mile. C. H. Dufau has
done for the Sorbonne. Astrotiomy on the one
hand and Magnetism on the other have inspired
this gifted artist to works characterised by unusual
delicacy of harmony and of a delightful rhythm.
As technical achievements these works bear testi-
mony to the artist’s very personal gifts; she excels
in diaphanous, azurean tones, and it is this quality
which has ensured for her a leading place among
modern decorative painters.

M. Ddsire-Lucas has this year put his name to a
good picture which, while it does not disclose the
decorative qualities of Mile. Dufau, testifies to the
genuine gifts of the artist as a colourist. It is
Le Pardon de St. Cado during High Mass that is
here represented. The painter has culled a most
happy effect from this gathering of Breton peasant
women with their big white coiffes; but what I like
most about his picture is the lighting of the right
side, where the effect of sunshine in the distance
is so well interpreted. One always finds in M.
Desire-Lucas a praiseworthy endeavour after good
solid workmanship, and there can be no question