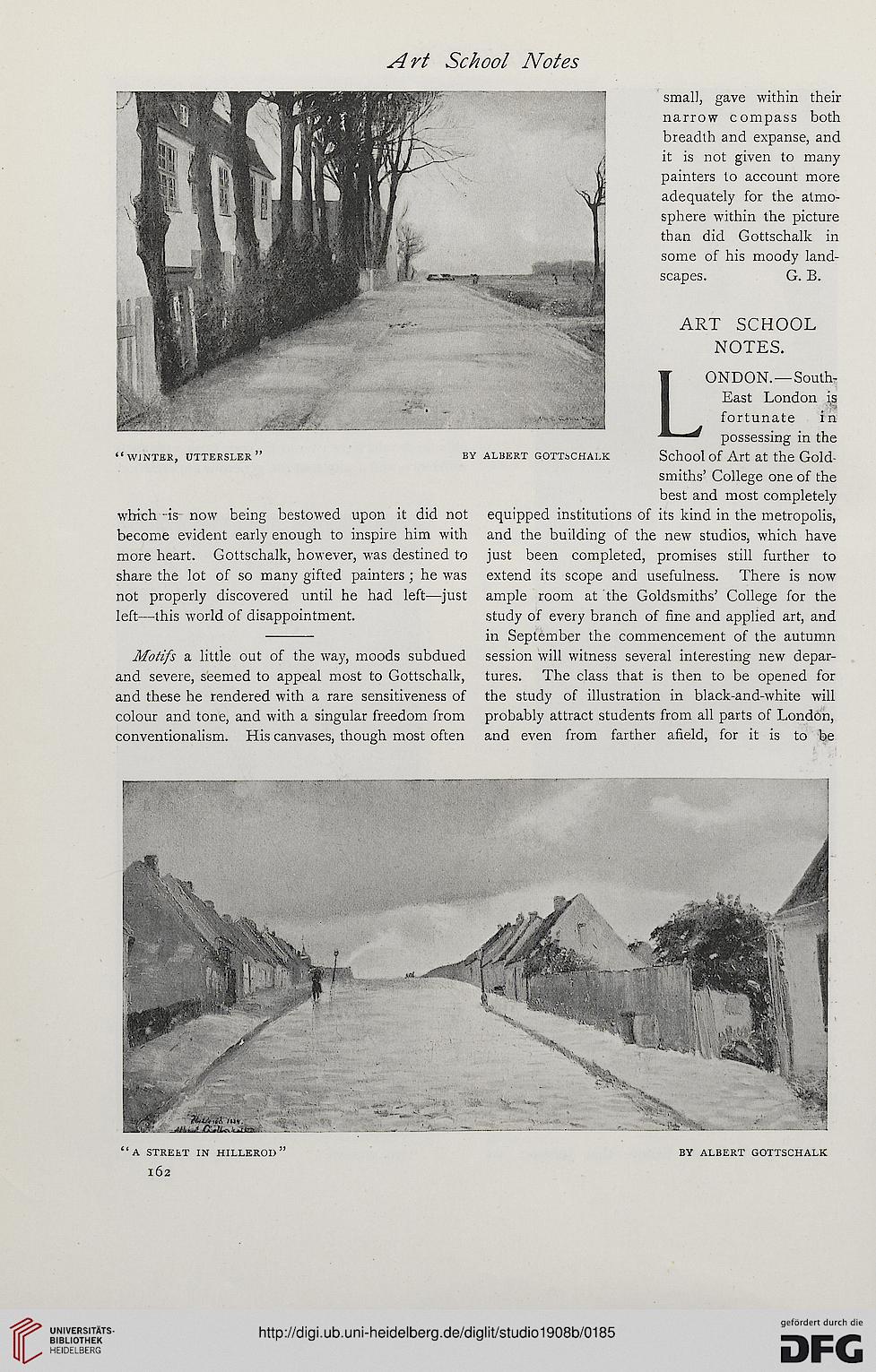 which - is- now being bestowed upon it did not
become evident early enough to inspire him with
more heart. Gottschalk, however, was destined to
share the lot of so many gifted painters ; he was
not properly discovered until he had left—just
left—this world of disappointment.

Motifs a little out of the way, moods subdued
and severe, seemed to appeal most to Gottschalk,
and these he rendered with a rare sensitiveness of
colour and tone, and with a singular freedom from
conventionalism. His canvases, though most often

small, gave within their
narrow compass both
breadth and expanse, and
it is not given to many
painters to account more
adequately for the atmo-
sphere within the picture
than did Gottschalk in
some of his moody land-
scapes. G. B.

ONDON. —South-
East London is
fortunate in
possessing in the
School of Art at the Gold-
smiths’ College one of the
best and most completely
equipped institutions of its kind in the metropolis,
and the building of the new studios, which have
just been completed, promises still further to
extend its scope and usefulness. There is now
ample room at the Goldsmiths’ College for the
study of every branch of fine and applied art, and
in September the commencement of the autumn
session will witness several interesting new depar-
tures. The class that is then to be opened for
the study of illustration in black-and-white will
probably attract students from all parts of London,
and even from farther afield, for it is to be

“A STREET IN HILLEROD