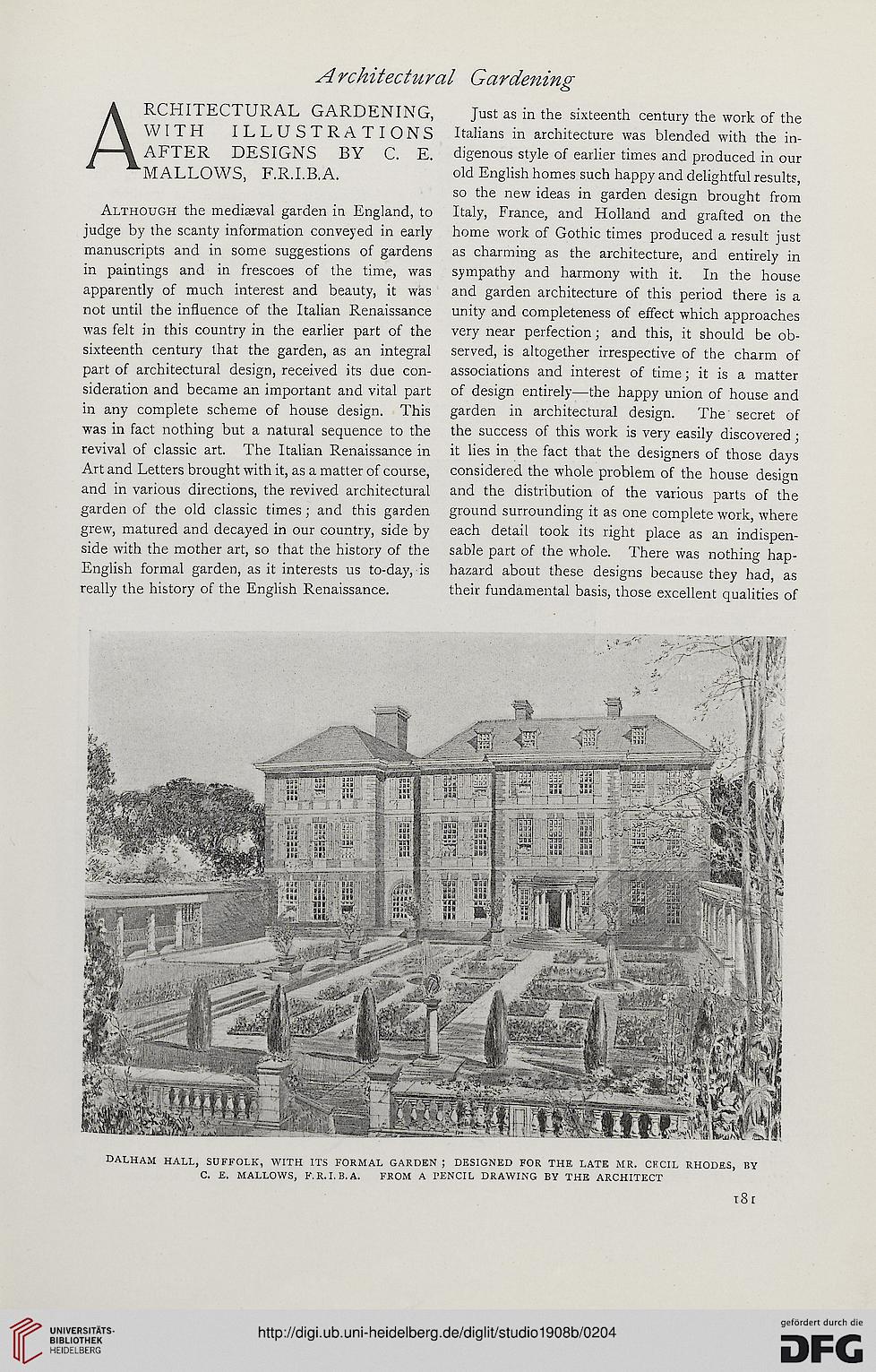 Although the mediaeval garden in England, to
judge by the scanty information conveyed in early
manuscripts and in some suggestions of gardens
in paintings and in frescoes of the time, was
apparently of much interest and beauty, it was
not until the influence of the Italian Renaissance
was felt in this country in the earlier part of the
sixteenth century that the garden, as an integral
part of architectural design, received its due con-
sideration and became an important and vital part
in any complete scheme of house design. This
was in fact nothing but a natural sequence to the
revival of classic art. The Italian Renaissance in
Art and Letters brought with it, as a matter of course,
and in various directions, the revived architectural
garden of the old classic times; and this garden
grew, matured and decayed in our country, side by
side with the mother art, so that the history of the
English formal garden, as it interests us to-day, is
really the history of the English Renaissance.

Just as in the sixteenth century the work of the
Italians in architecture was blended with the in-
digenous style of earlier times and produced in our
old English homes such happy and delightful results,
so the new ideas in garden design brought from
Italy, France, and Holland and grafted on the
home work of Gothic times produced a result just
as charming as the architecture, and entirely in
sympathy and harmony with it. In the house
and garden architecture of this period there is a
unity and completeness of effect which approaches
very near perfection; and this, it should be ob-
served, is altogether irrespective of the charm of
associations and interest of time; it is a matter
of design entirely—the happy union of house and
garden in architectural design. The secret of
the success of this work is very easily discovered;
it lies in the fact that the designers of those days
considered the whole problem of the house design
and the distribution of the various parts of the
ground surrounding it as one complete work, where
each detail took its right place as an indispen-
sable part of the whole. There was nothing hap-
hazard about these designs because they had, as
their fundamental basis, those excellent qualities of

DALHAM HALL, SUFFOLK, WITH ITS FORMAL GARDEN ; DESIGNED FOR THE LATE MR. CECIL RHODES, BY
C. E. MALLOWS, F.R.I.B.A. FROM A PENCIL DRAWING BY THE ARCHITECT