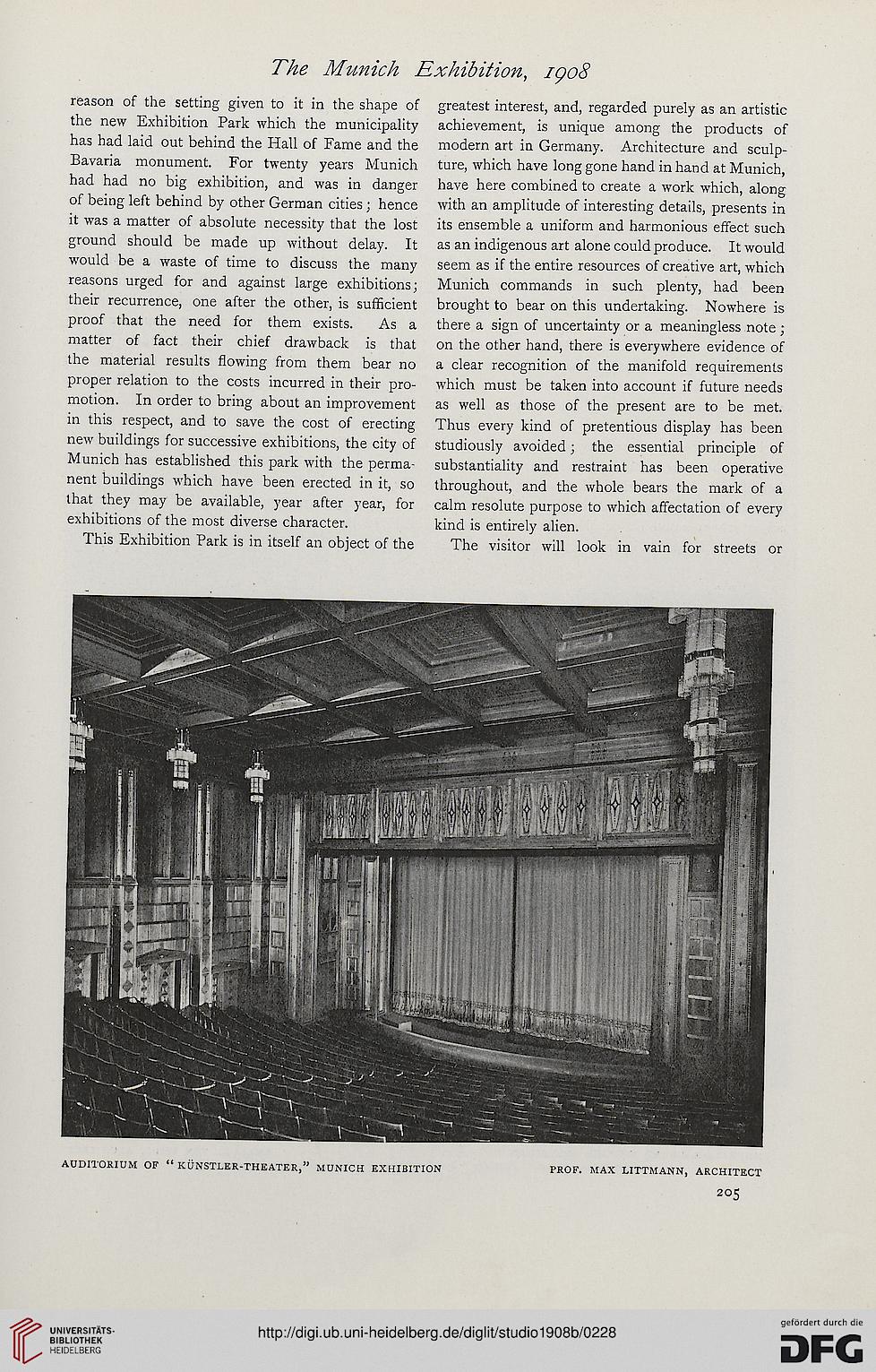 reason of the setting given to it in the shape of
the new Exhibition Park which the municipality
has had laid out behind the Hall of Fame and the
Bavaria monument. For twenty years Munich
had had no big exhibition, and was in danger
of being left behind by other German cities; hence
it was a matter of absolute necessity that the lost
ground should be made up without delay. It
would be a waste of time to discuss the many
reasons urged for and against large exhibitions;
their recurrence, one after the other, is sufficient
proof that the need for them exists. As a
matter of fact their chief drawback is that
the material results flowing from them bear no
proper relation to the costs incurred in their pro-
motion. In order to bring about an improvement
in this respect, and to save the cost of erecting
new buildings for successive exhibitions, the city of
Munich has established this park with the perma-
nent buildings which have been erected in it, so
that they may be available, year after year, for
exhibitions of the most diverse character.

This Exhibition Park is in itself an object of the

greatest interest, and, regarded purely as an artistic
achievement, is unique among the products of
modern art in Germany. Architecture and sculp-
ture, which have long gone hand in hand at Munich,
have here combined to create a work which, along
with an amplitude of interesting details, presents in
its ensemble a uniform and harmonious effect such
as an indigenous art alone could produce. It would
seem as if the entire resources of creative art, which
Munich commands in such plenty, had been
brought to bear on this undertaking. Nowhere is
there a sign of uncertainty or a meaningless note;
on the other hand, there is everywhere evidence of
a clear recognition of the manifold requirements
which must be taken into account if future needs
as well as those of the present are to be met.
Thus every kind of pretentious display has been
studiously avoided; the essential principle of
substantiality and restraint has been operative
throughout, and the whole bears the mark of a
calm resolute purpose to which affectation of every
kind is entirely alien.

The visitor will look in vain for streets or