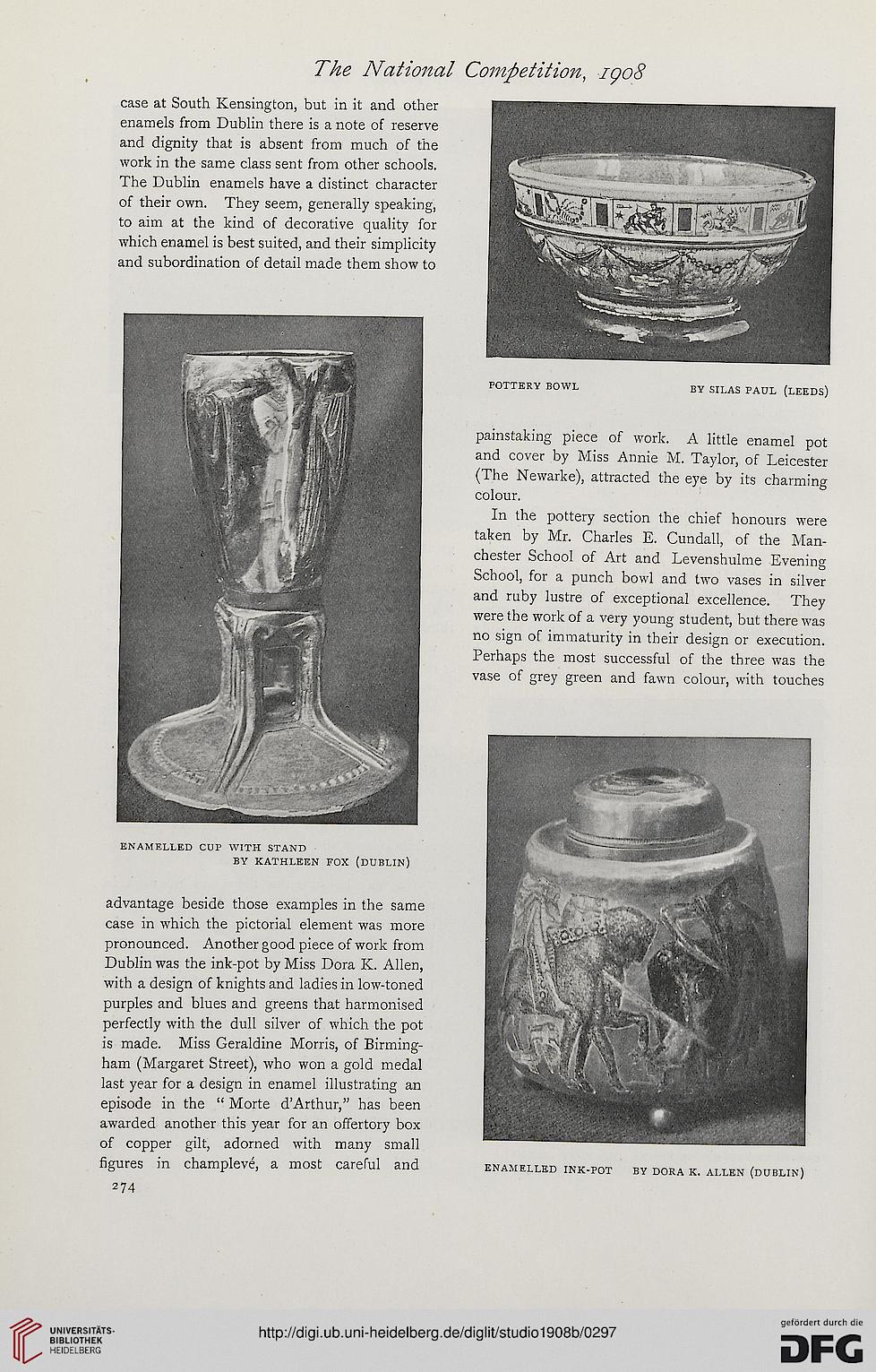 case at South Kensington, but in it and other
enamels from Dublin there is a note of reserve
and dignity that is absent from much of the
work in the same class sent from other schools.
The Dublin enamels have a distinct character
of their own. They seem, generally speaking,
to aim at the kind of decorative quality for
which enamel is best suited, and their simplicity
and subordination of detail made them show to

advantage beside those examples in the same
case in which the pictorial element was more
pronounced. Another good piece of work from
Dublin was the ink-pot by Miss Dora K. Allen,
with a design of knights and ladies in low-toned
purples and blues and greens that harmonised
perfectly with the dull silver of which the pot
is made. Miss Geraldine Morris, of Birming-
ham (Margaret Street), who won a gold medal
last year for a design in enamel illustrating an
episode in the “ Morte d’Arthur,” has been
awarded another this year for an offertory box
of copper gilt, adorned with many small
figures in champleve, a most careful and
274

painstaking piece of work. A little enamel pot
and cover by Miss Annie M. Taylor, of Leicester
(The Newarke), attracted the eye by its charming
colour.

In the pottery section the chief honours were
taken by Mr. Charles E. Cundall, of the Man-
chester School of Art and Levenshulme Evening
School, for a punch bowl and two vases in silver
and ruby lustre of exceptional excellence. They
were the work of a very young student, but there was
no sign of immaturity in their design or execution.
Perhaps the most successful of the three was the
vase of grey green and fawn colour, with touches