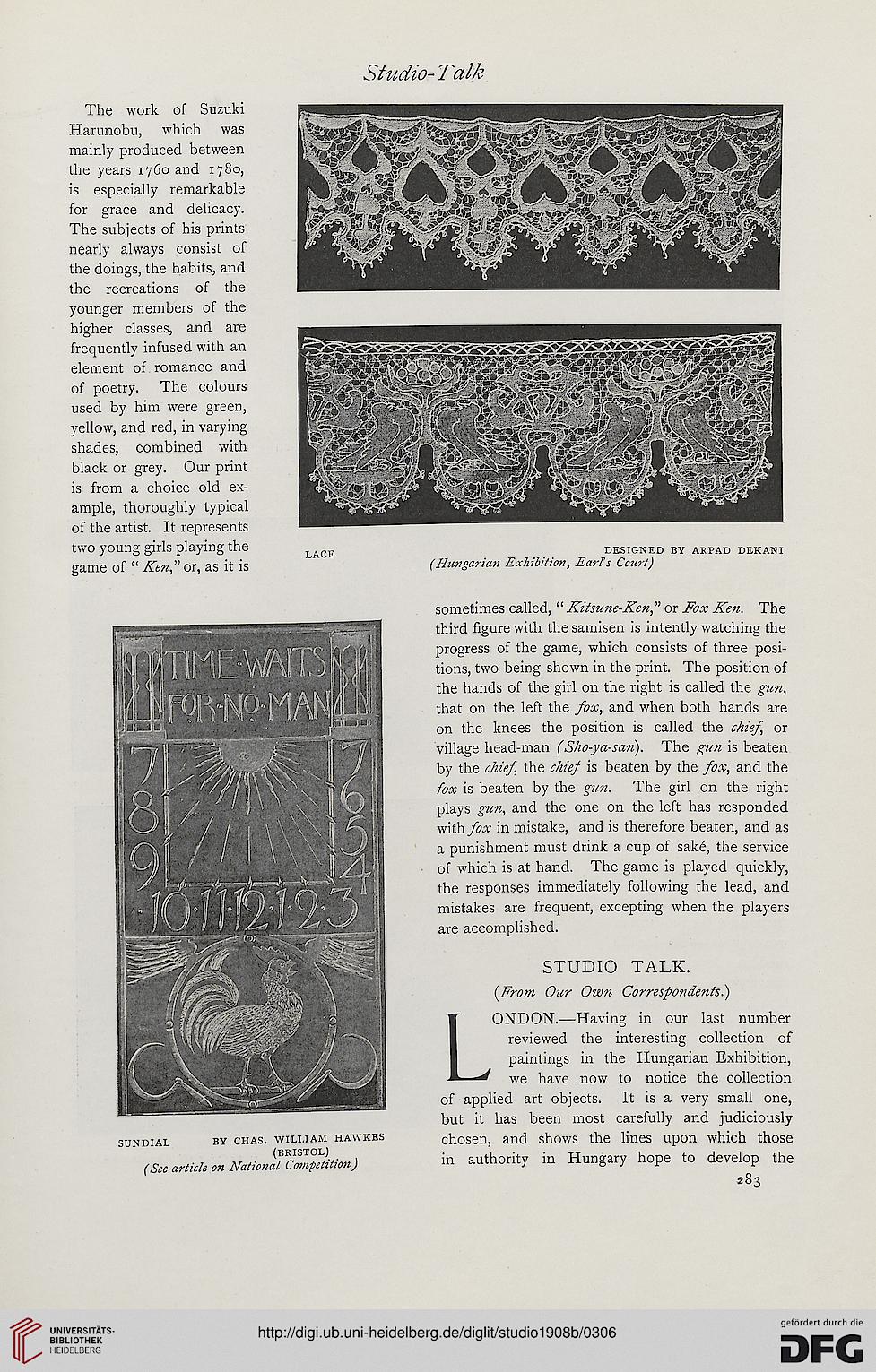 The work of Suzuki
Harunobu, which was
mainly produced between
the years 1760 and 1780,
is especially remarkable
for grace and delicacy.
The subjects of his prints
nearly always consist of
the doings, the habits, and
the recreations of the
younger members of the
higher classes, and are
frequently infused with an
element of romance and
of poetry. The colours
used by him were green,
yellow, and red, in varying
shades, combined with
black or grey. Our print
is from a choice old ex-
ample, thoroughly typical
of the artist. It represents
two young girls playing the
game of “ Ken,” or, as it is

sometimes called, “ Kitsune-Ken,” or Fox Ken. The
third figure with the samisen is intently watching the
progress of the game, which consists of three posi-
tions, two being shown in the print. The position of
the hands of the girl on the right is called the gun,
that on the left the fox, and when both hands are
on the knees the position is called the chief, or
village head-man (Sho-ya-san). The gun is beaten
by the chief, the chief is beaten by the fox, and the
fox is beaten by the gun. The girl on the right
plays gun, and the one on the left has responded
with fox in mistake, and is therefore beaten, and as
a punishment must drink a cup of sake, the service
of which is at hand. The game is played quickly,
the responses immediately following the lead, and
mistakes are frequent, excepting when the players
are accomplished.

LONDON.—Having in our last number
reviewed the interesting collection of
paintings in the Hungarian Exhibition,
we have now to notice the collection
of applied art objects. It is a very small one,
but it has been most carefully and judiciously
chosen, and shows the lines upon which those
in authority in Hungary hope to develop the