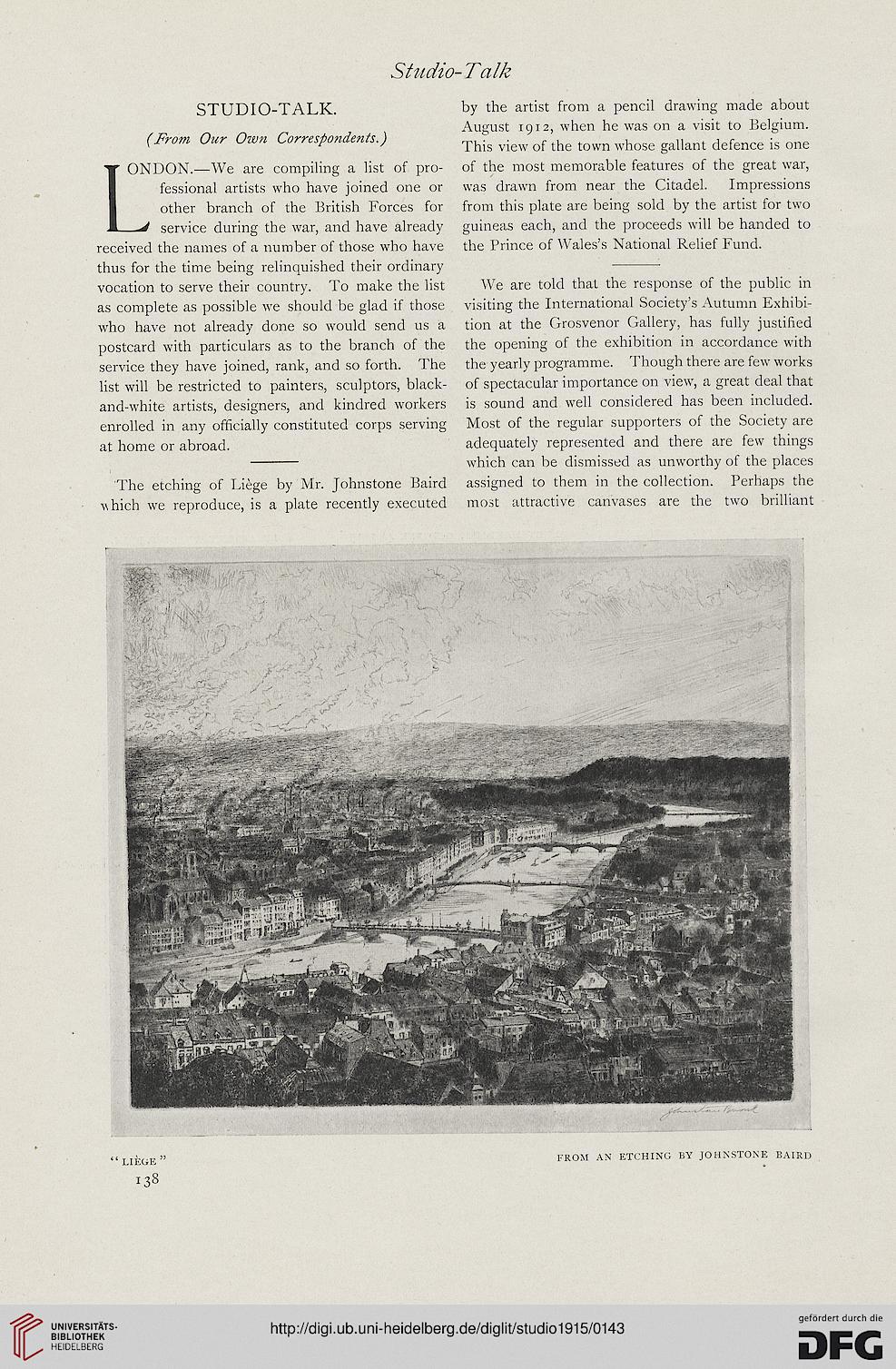 ION DON.—We are compiling a list of pro-
fessional artists who have joined one or
other branch of the British Forces for
-J service during the war, and have already

received the names of a number of those who have
thus for the time being relinquished their ordinary
vocation to serve their country. To make the list
as complete as possible we should be glad if those
who have not already done so would send us a
postcard with particulars as to the branch of the
service they have joined, rank, and so forth. The
list will be restricted to painters, sculptors, black-
and-white artists, designers, and kindred workers
enrolled in any officially constituted corps serving
at home or abroad.

The etching of Liege by Mr. Johnstone Baird
■which we reproduce, is a plate recently executed

by the artist from a pencil drawing made about
August 1912, when he was on a visit to Belgium.
This view of the town whose gallant defence is one
of the most memorable features of the great war,
was drawn from near the Citadel. Impressions
from this plate are being sold by the artist for two
guineas each, and the proceeds will be handed to
the Prince of Wales's National Relief Fund.

We are told that the response of the public in
visiting the International Society's Autumn Exhibi-
tion at the Grosvenor Gallery, has fully justified
the opening of the exhibition in accordance with
the yearly programme. Though there are few works
of spectacular importance on view, a great deal that
is sound and well considered has been included.
Most of the regular supporters of the Society are
adequately represented and there are few things
which can be dismissed as unworthy of the places
assigned to them in the collection. Perhaps the
most attractive canvases are the two brilliant

FROM AN ETCHING BY JOHNSTONE BAIRD