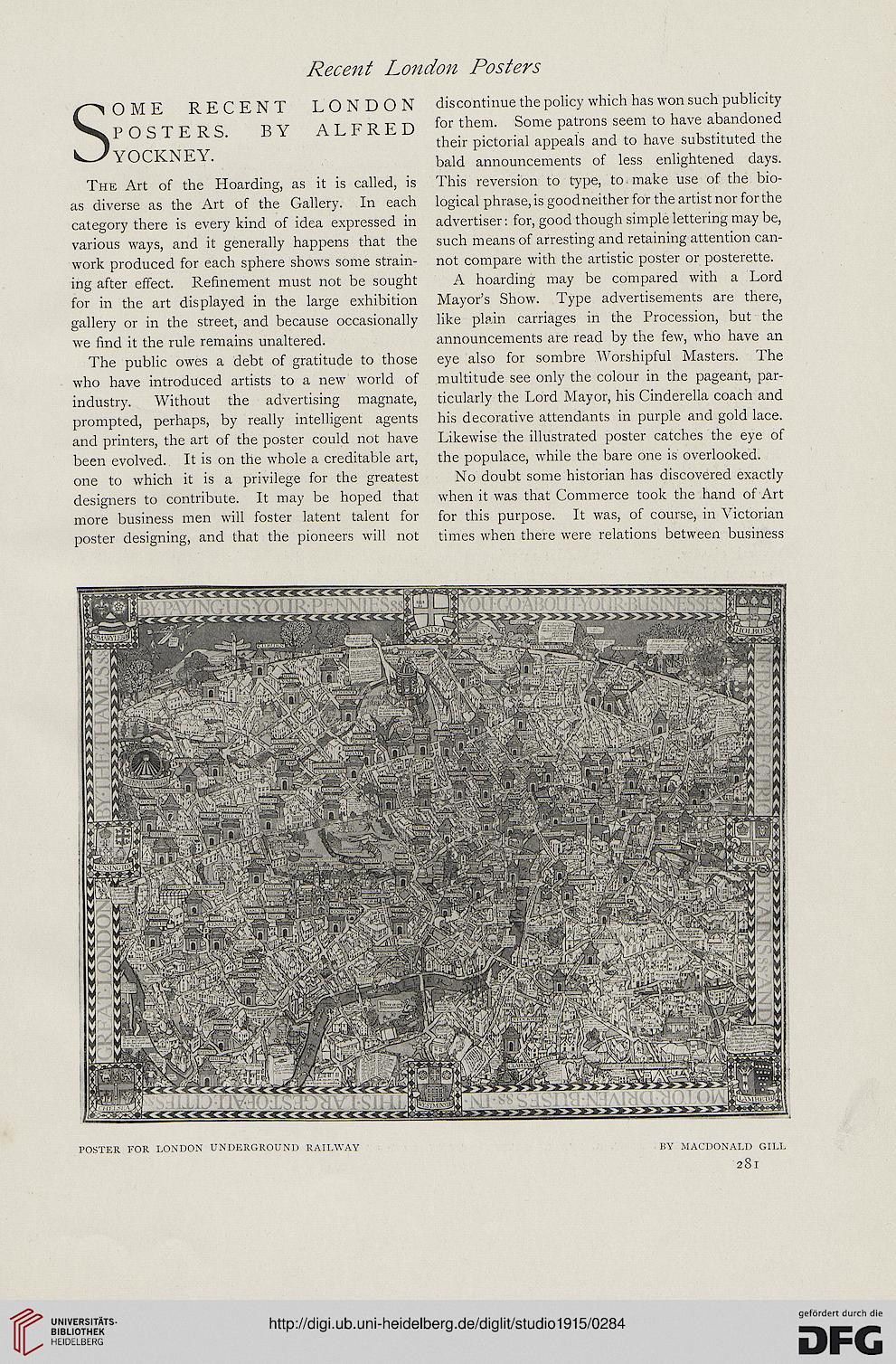 The Art of the Hoarding, as it is called, is
as diverse as the Art of the Gallery. In each
category there is every kind of idea expressed in
various ways, and it generally happens that the
work produced for each sphere shows some strain-
ing after effect. Refinement must not be sought
for in the art displayed in the large exhibition
gallery or in the street, and because occasionally
we find it the rule remains unaltered.

The public owes a debt of gratitude to those
who have introduced artists to a new world of
industry. Without the advertising magnate,
prompted, perhaps, by really intelligent agents
and printers, the art of the poster could not have
been evolved. It is on the whole a creditable art,
one to which it is a privilege for the greatest
designers to contribute. It may be hoped that
more business men will foster latent talent for
poster designing, and that the pioneers will not

discontinue the policy which has won such publicity
for them. Some patrons seem to have abandoned
their pictorial appeals and to have substituted the
bald announcements of less enlightened days.
This reversion to type, to make use of the bio-
logical phrase, is goodneither for the artist nor for the
advertiser: for, good though simple lettering may be,
such means of arresting and retaining attention can-
not compare with the artistic poster or posterette.

A hoarding may be compared with a Lord
Mayor's Show. Type advertisements are there,
like plain carriages in the Procession, but the
announcements are read by the few, who have an
eye also for sombre Worshipful Masters. The
multitude see only the colour in the pageant, par-
ticularly the Lord Mayor, his Cinderella coach and
his decorative attendants in purple and gold lace.
Likewise the illustrated poster catches the eye of
the populace, while the bare one is overlooked.

No doubt some historian has discovered exactly
when it was that Commerce took the hand of Art
for this purpose. It was, of course, in Victorian
times when there were relations between business