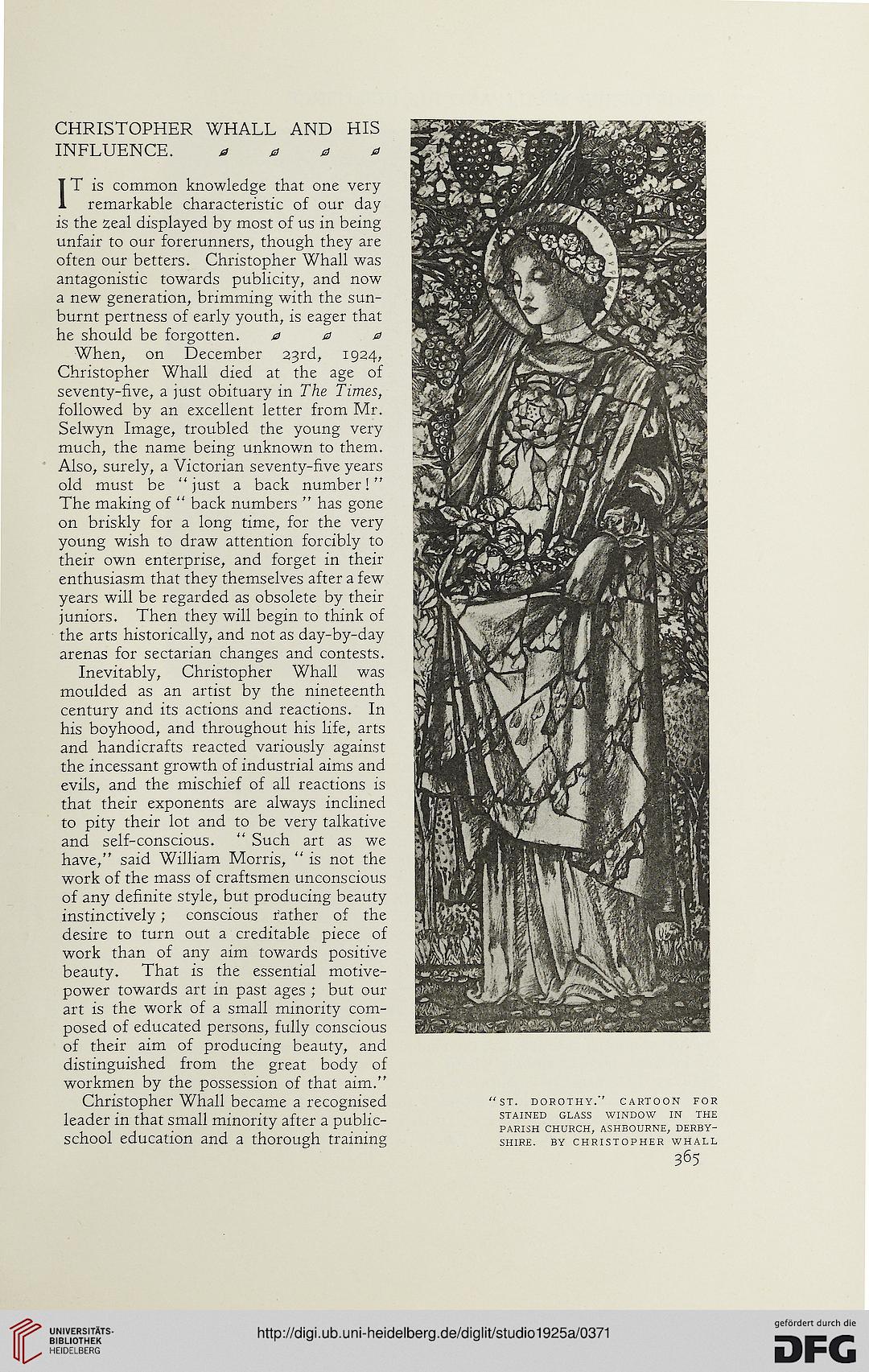 Information about OCR text
CHRISTOPHER WHALL AND HIS
INFLUENCE. 0000

IT is common knowledge that one very
remarkable characteristic of our day
is the zeal displayed by most of us in being
unfair to our forerunners, though they are
often our betters. Christopher Whall was
antagonistic towards publicity, and now
a new generation, brimming with the sun-
burnt pertness of early youth, is eager that
he should be forgotten. 000
When, on December 23rd, 1924,
Christopher Whall died at the age of
seventy-five, a just obituary in The Times,
followed by an excellent letter from Mr.
Selwyn Image, troubled the young very
much, the name being unknown to them.
Also, surely, a Victorian seventy-five years
old must be "just a back number!"
The making of " back numbers " has gone
on briskly for a long time, for the very
young wish to draw attention forcibly to
their own enterprise, and forget in their
enthusiasm that they themselves after a few
years will be regarded as obsolete by their
juniors. Then they will begin to think of
the arts historically, and not as day-by-day
arenas for sectarian changes and contests.

Inevitably, Christopher Whall was
moulded as an artist by the nineteenth
century and its actions and reactions. In
his boyhood, and throughout his life, arts
and handicrafts reacted variously against
the incessant growth of industrial aims and
evils, and the mischief of all reactions is
that their exponents are always inclined
to pity their lot and to be very talkative
and self-conscious. " Such art as we
have," said William Morris, " is not the
work of the mass of craftsmen unconscious
of any definite style, but producing beauty
instinctively; conscious rather of the
desire to turn out a creditable piece of
work than of any aim towards positive
beauty. That is the essential motive-
power towards art in past ages ; but our
art is the work of a small minority com-
posed of educated persons, fully conscious
of their aim of producing beauty, and
distinguished from the great body of
workmen by the possession of that aim."