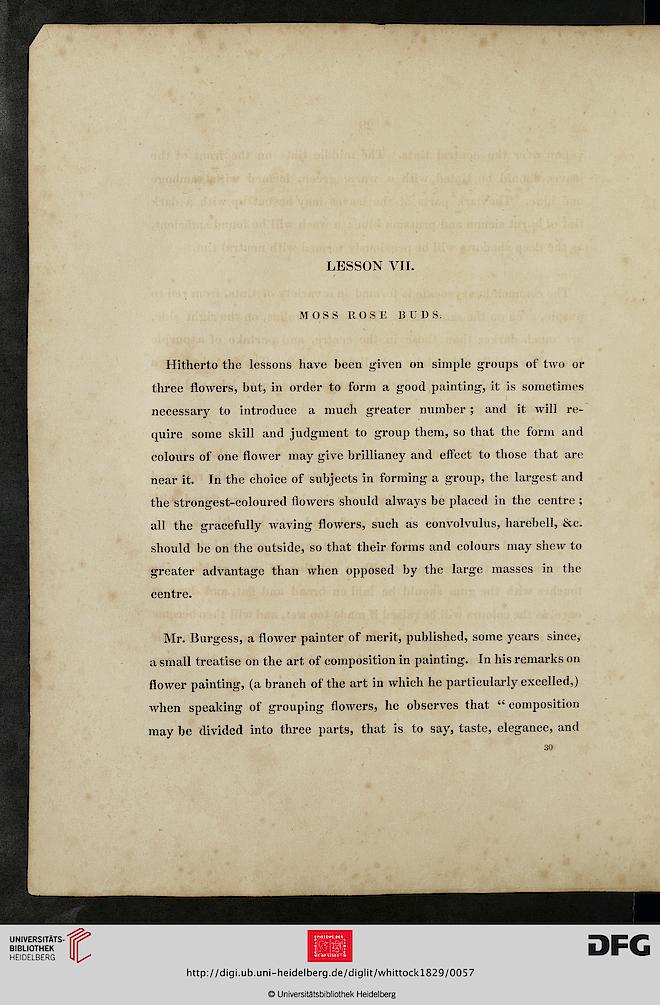 MOSS ROSE BUDS.
Hitherto the lessons have been given on simple groups of two or
three ssowers, but, in order to sorm a good painting, it is sometimes
necessary to introduce a much greater number; and it will re-
quire some skill and judgment to group them, so that the sorm and
colours of one flower may give brilliancy and effect to those that are
near it. In the choice os subjects in sorming a group, the largest and
the strongest-coloured flowers should always be placed in the centre ;
all the gracefully waving flowers, such as convolvulus, harebell, &c.
should be on the outside, so that their sorms and colours may shew to
greater advantage than when opposed by the large masses in the
centre.
Mr. Burgess, a ssower painter os merit, published, some years since,
a small treatise on the art os composition in painting. In his remarks on
ssower painting, (a branch os the art in which he particularly excelled,)
when speaking os grouping ssowers, he observes that " composition
may be divided into three parts, that is to say, taste, elegance, and
30