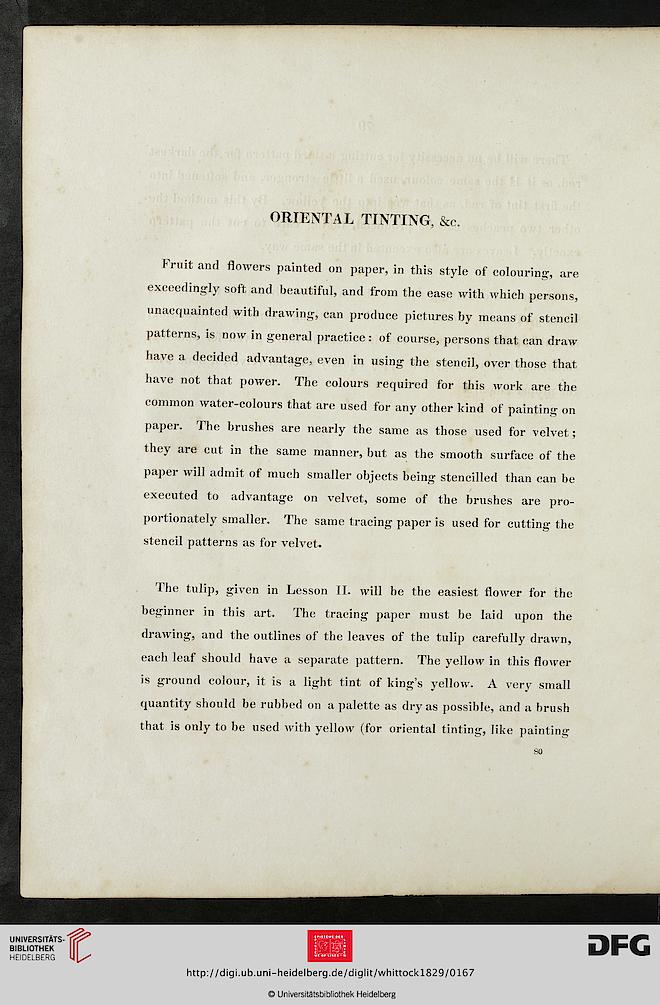 Fruit and ssowers painted on paper, in this style of colouring, are
exceedingly sost and beautisul, and srom the ease with which persons,
unacquainted with drawing, can produce pictures by means of stencil
patterns, is now in general practice: of course, persons that can draw
have a decided advantage, even in using the stencil, over those that
have not that power. The colours required sor this work are the
common water-colours that are used sor any other kind os painting on
paper. The brushes are nearly the same as those used for velvet;
they are cut in the same manner, but as the smooth sursace os the
paper will admit of much smaller objects being stencilled than can be
executed to advantage on velvet, some os the brushes are pro-
portionately smaller. The same tracing paper is used sor cutting the
stencil patterns as for velvet.
The tulip, given in Lesson II. will be the easiest ssower for the
beginner in this art. The tracing paper must be laid upon the
drawing, and the outlines os the leaves of the tulip caresully drawn,
each leaf should have a separate pattern. The yellow in this ssower
is ground colour, it is a light tint os king's yellow. A very small
quantity should be rubbed on a palette as dry as possible, and a brush
that is only to be used with yellow (for oriental tinting, like painting
so