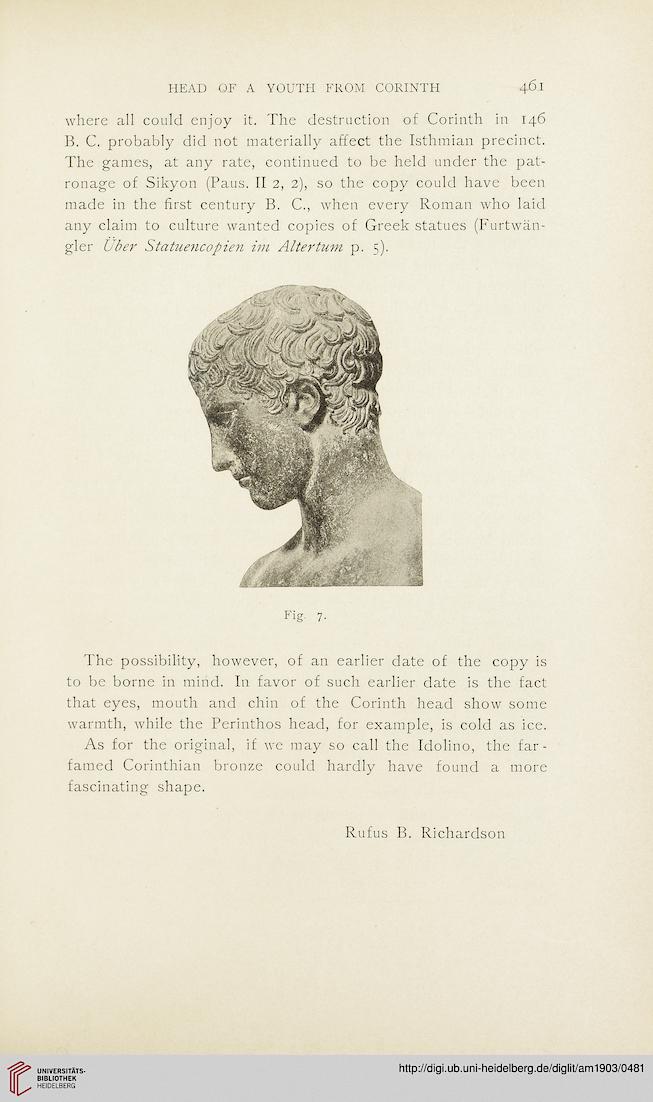 where all could enjoy it. The destruction of Corinth in 146
B. C. probably did not materially affect the Isthmian precinct.
The games, at any rate, continued to be held under the pat-
ronajpb of Sikyon (Paus. II 2, 2), so the copy could have been
raade in the first Century B. C,, when every Roman who laicl
any claim to culture wanted copies of Greek statues (Furtwän-
gler Über Statuencopien im Altertum p. 5).


Fig. 7.
The possibility, however, of an earlier clate of the copy is
to be borne in mirid. In favor of such earlier date is the fact
that eyes, mouth and chin of the Corinth head show some
warmth, while the Perinthos head, for example, is cold as ice.
As for the original, if we raay so call the Idolino, the far -
famed Corinthian bronze could harclly have found a more
fascinating shape.