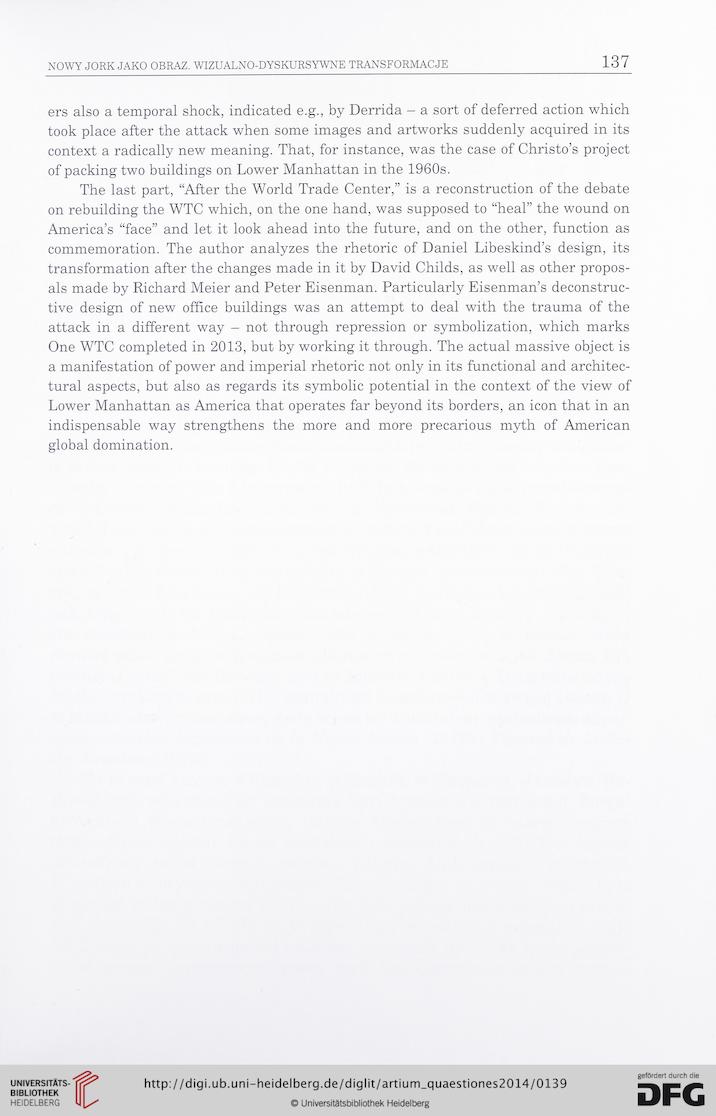 ers also a temporal shock, indicated e.g., by Derrida - a sort of deferred action which
took place after the attack when some images and artworks suddenly acquired in its
context a radically new meaning. That, for instance, was the case of Christo’s project
of packing two buildings on Lower Manhattan in the 1960s.
The last part, “After the World Trade Center,” is a reconstruction of the debate
on rebuilding the WTC which, on the one hand, was supposed to “heal” the wound on
America’s “face” and let it look ahead into the future, and on the other, function as
commemoration. The author analyzes the rhetoric of Daniel Libeskind’s design, its
transformation after the changes made in it by David Childs, as well as other propos-
als made by Richard Meier and Peter Eisenman. Particularly Eisenman’s deconstruc-
tive design of new office buildings was an attempt to deal with the trauma of the
attack in a different way - not through repression or symbolization, which marks
One WTC completed in 2013, but by working it through. The actual massive object is
a manifestation of power and imperial rhetoric not only in its functional and architec-
tural aspects, but also as regards its symbolic potential in the context of the view of
Lower Manhattan as America that operates far beyond its borders, an icon that in an
indispensable way strengthens the more and more precarious myth of American
global domination.