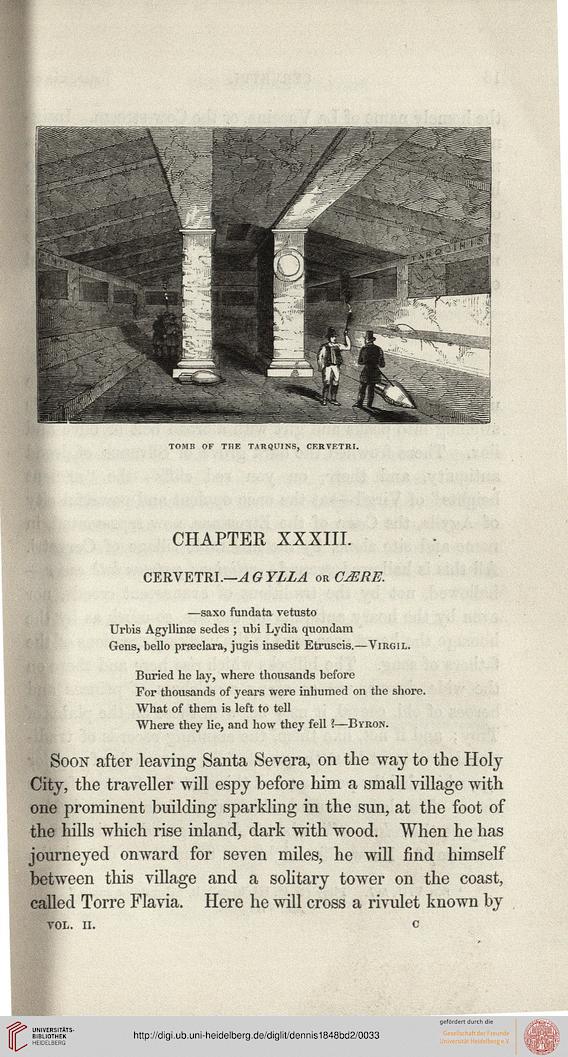 Information about OCR text
TOMB OF THE TARQUINS, CERVETRI.

Buried he lay, where thousands before

For thousands of years were inhumed on the shore.

What of them is left to tell

Where they lie, and how they fell ?—Byron.

Soon after leaving Santa Severa, on the way to the Holy
City, the traveller will espy before him a small village with
one prominent building sparkling in the sun, at the foot of
the hills which rise inland, dark with wood. When he has
journeyed onward for seven miles, he will find himself
between this village and a solitary tower on the coast,
called Torre Plavia. Here he will cross a rivulet known by