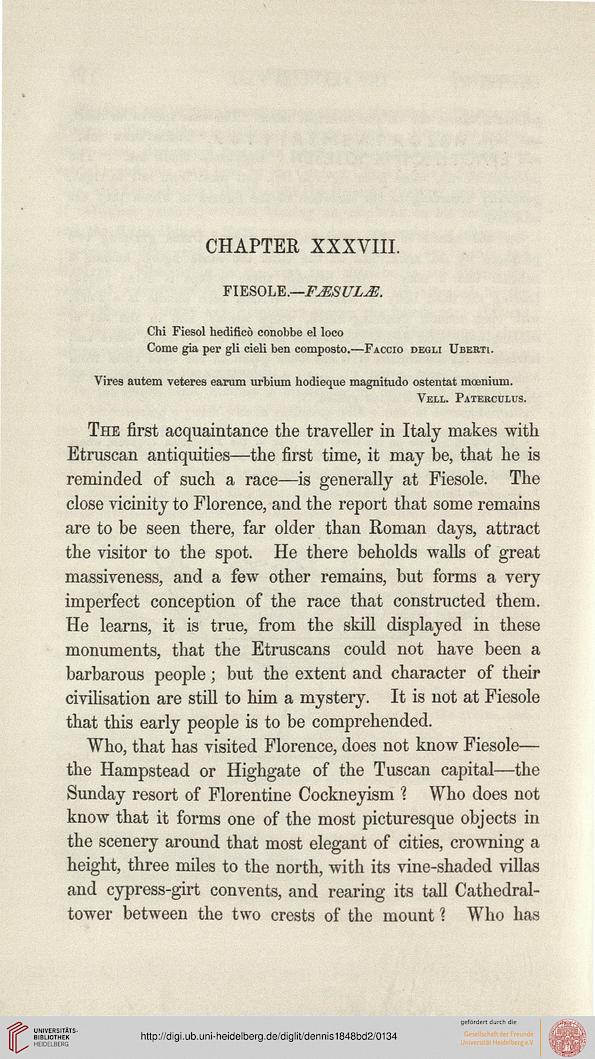 The first acquaintance the traveller in Italy makes with
Etruscan antiquities—the first time, it may be, that he is
reminded of such a race—is generally at Fiesole. The
close vicinity to Florence, and the report that some remains
are to be seen there, far older than Roman days, attract
the visitor to the spot. He there beholds walls of great
massiveness, and a few other remains, but forms a very
imperfect conception of the race that constructed them.
He learns, it is true, from the skill displayed in these
monuments, that the Etruscans could not have been a
barbarous people; but the extent and character of their
civilisation are still to him a mystery. It is not at Fiesole
that this early people is to be comprehended.

Who, that has visited Florence, does not know Fiesole—
the Hampstead or Highgate of the Tuscan capital—the
Sunday resort of Florentine Cockneyism 1 Who does not
know that it forms one of the most picturesque objects in
the scenery around that most elegant of cities, crowning a
height, three miles to the north, with its vine-shaded villas
and cypress-girt convents, and rearing its tall Cathedral-
tower between the two crests of the mount 1 Who has