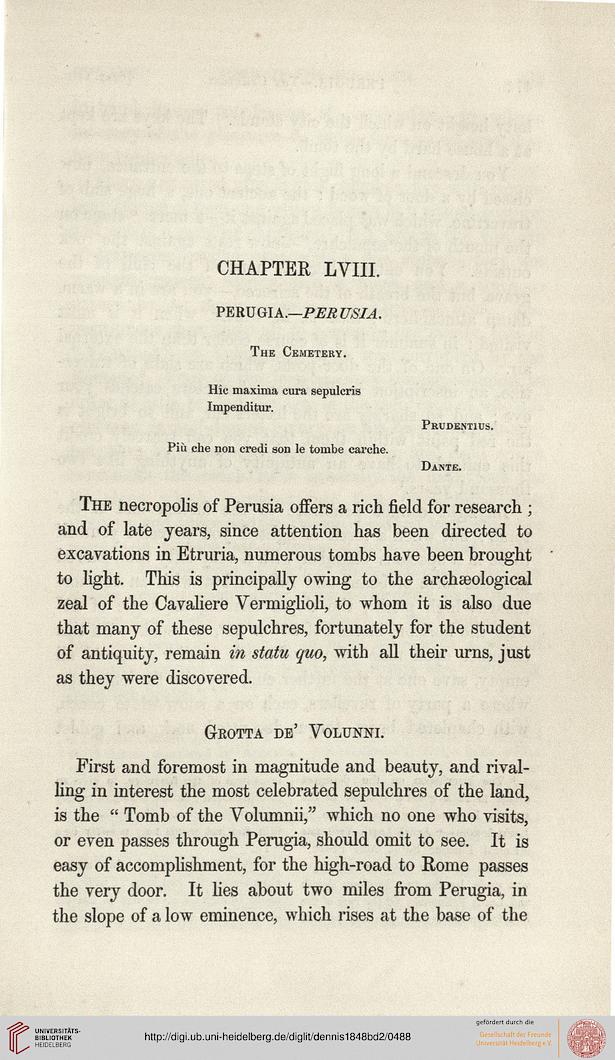 The necropolis of Perusia offers a rich field for research ;
and of late years, since attention has been directed to
excavations in Etruria, numerous tombs have been brought
to light. This is principally owing to the archaeological
zeal of the Cavaliere Vermiglioli, to whom it is also due
that many of these sepulchres, fortunately for the student
of antiquity, remain in statu quo, with all their urns, just
as they were discovered.

First and foremost in magnitude and beauty, and rival-
ling in interest the most celebrated sepulchres of the land,
is the " Tomb of the Volumnii," which no one who visits,
or even passes through Perugia, should omit to see. It is
easy of accomplishment, for the high-road to Rome passes
the very door. It lies about two miles from Perugia, in
the slope of a low eminence, which rises at the base of the