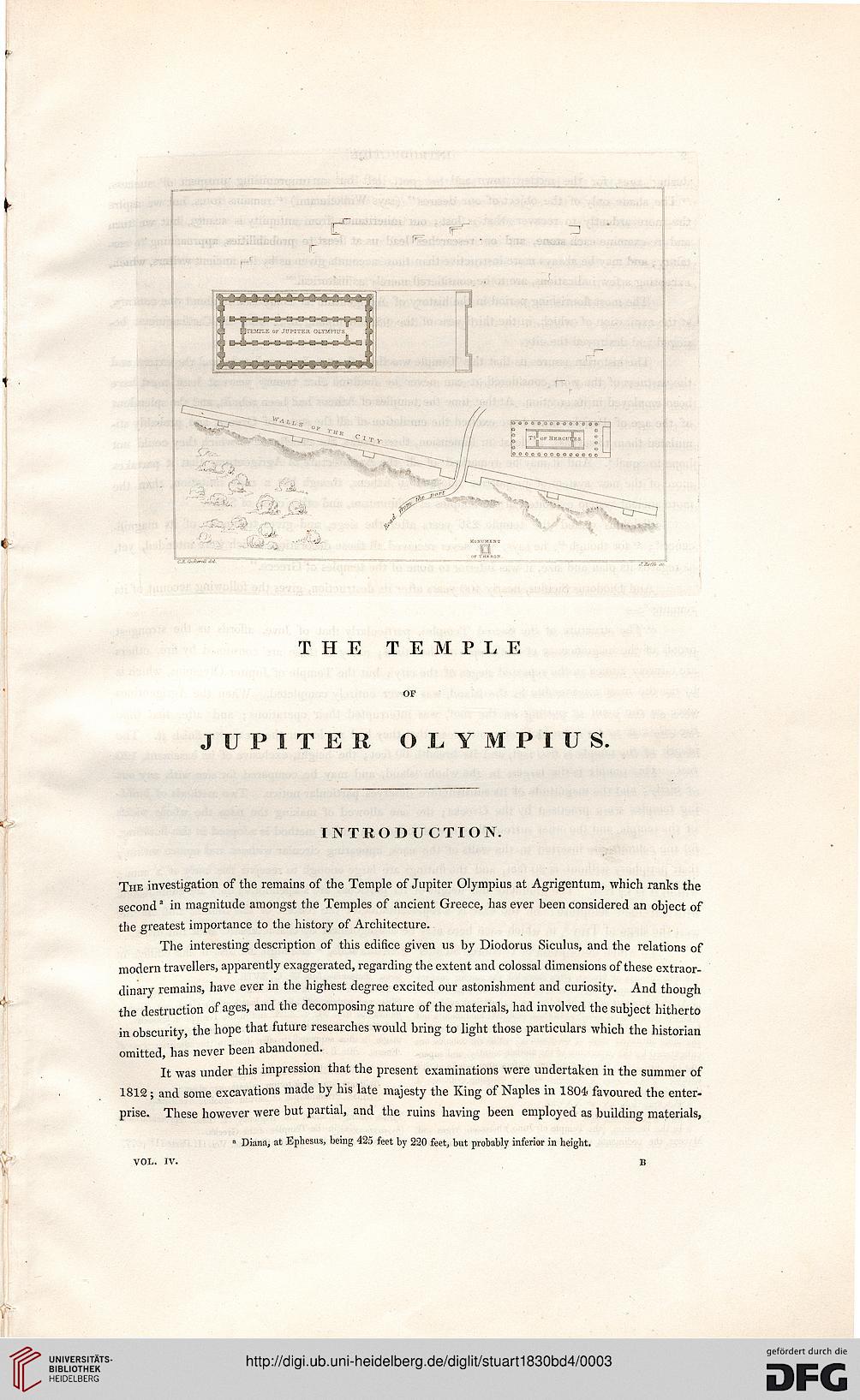 The investigation of the remains of the Temple of Jupiter Olympius at Agrigentum, which ranks the
seconda in magnitude amongst the Temples of ancient Greece, has ever been considered an object of
the greatest importance to the history of Architecture.

The interesting description of this edifice given us by Diodorus Siculus, and the relations of
modern travellers, apparently exaggerated, regarding the extent and colossal dimensions of these extraor-
dinary remains, have ever in the highest degree excited our astonishment and curiosity. And though
the destruction of ages, and the decomposing nature of the materials, had involved the subject hitherto
in obscurity, the hope that future researches would bring to light those particulars which the historian
omitted, has never been abandoned.

It was under this impression that the present examinations were undertaken in the summer of
1812; and some excavations made by his late majesty the King of Naples in 1804. favoured the enter-
prise. These however were but partial, and the ruins having been employed as building materials,