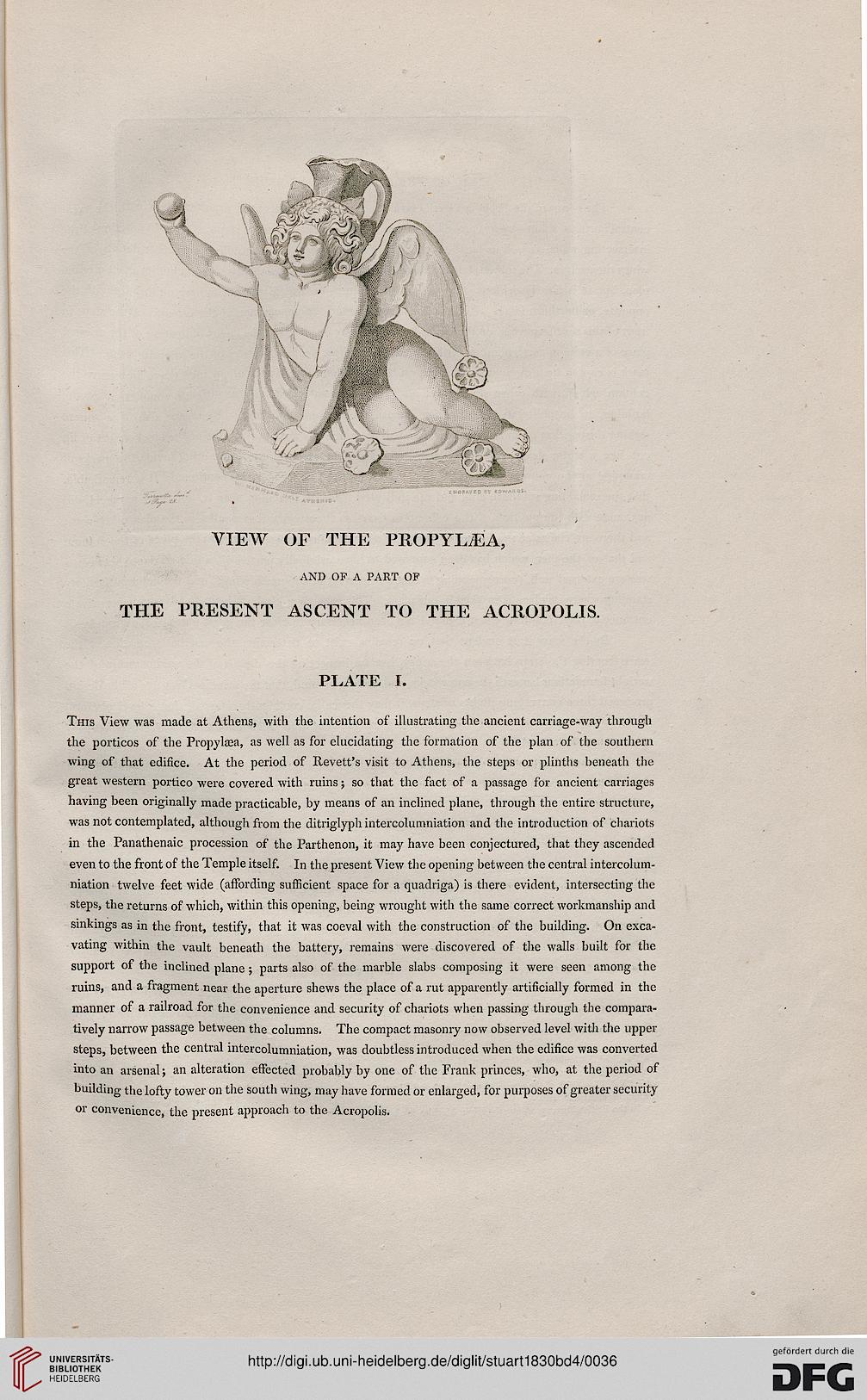 AND OP A PART OP

THE PRESENT ASCENT TO THE ACROPOLIS.

This View was made at Athens, with the intention of illustrating the ancient carriage-way through
the porticos of the Propylaea, as well as for elucidating the formation of the plan of the southern
wing of that edifice. At the period of Revett's visit to Athens, the steps or plinths beneath the
great western portico were covered with ruins; so that the fact of a passage for ancient carriages
having been originally made practicable, by means of an inclined plane, through the entire structure,
was not contemplated, although from the ditriglyph intercolumniation and the introduction of chariots
in the Panathenaic procession of the Parthenon, it may have been conjectured, that they ascended
even to the front of the Temple itself. In the present View the opening between the central intercolum-
niation twelve feet wide (affording sufficient space for a quadriga) is there evident, intersecting the
steps, the returns of which, within this opening, being wrought with the same correct workmanship and
sinkings as in the front, testify, that it was coeval with the construction of the building. On exca-
vating within the vault beneath the battery, remains were discovered of the walls built for the
support of the inclined plane ; parts also of the marble slabs composing it were seen among the
ruins, and a fragment near the aperture shews the place of a rut apparently artificially formed in the
manner of a railroad for the convenience and security of chariots when passing through the compara-
tively narrow passage between the columns. The compact masonry now observed level with the upper
steps, between the central intercolumniation, was doubtless introduced when the edifice was converted
into an arsenal; an alteration effected probably by one of the Frank princes, who, at the period of
building the lofty tower on the south wing, may have formed or enlarged, for purposes of greater security
or convenience, the present approach to the Acropolis.