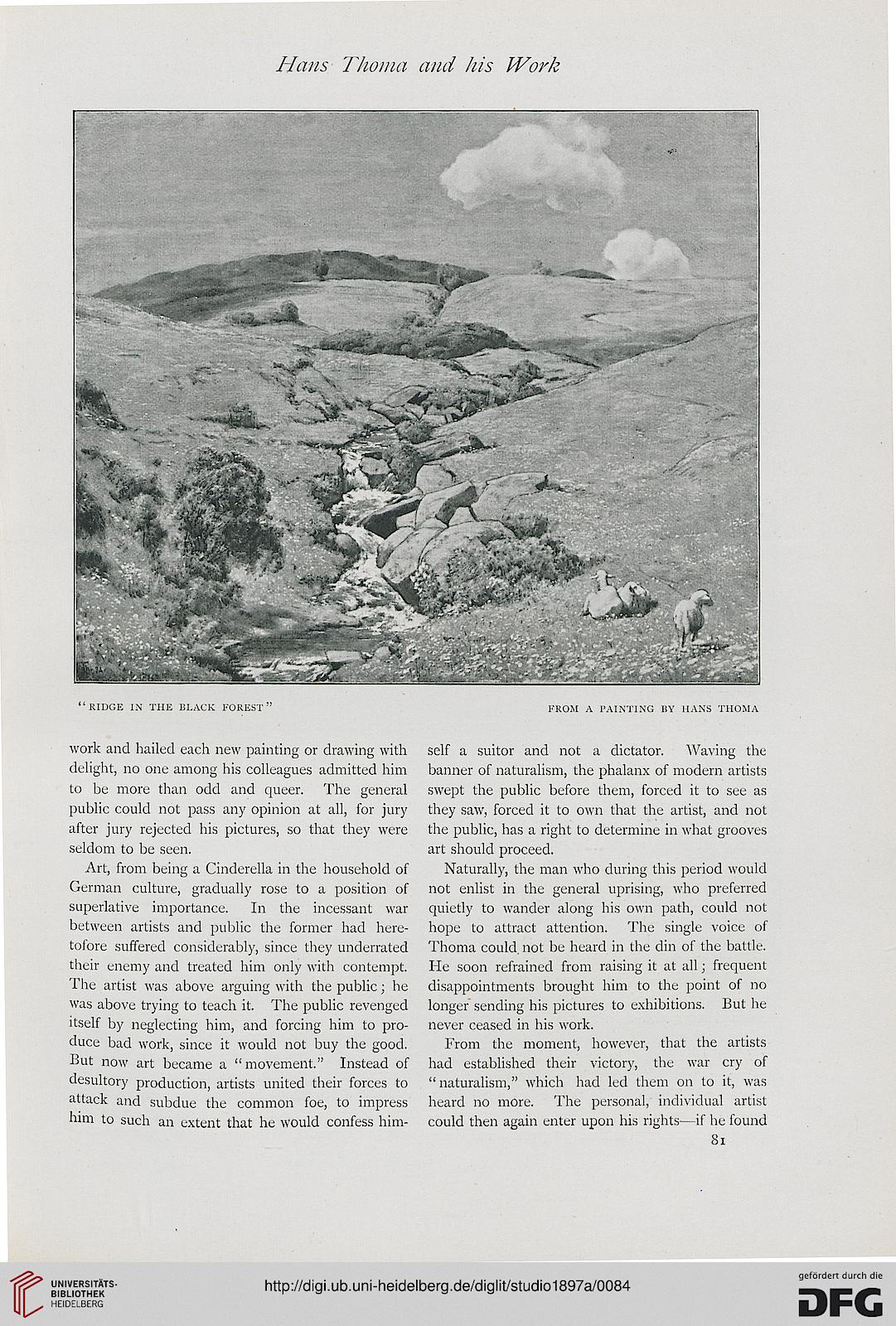 Information about OCR text
Hans Thoma and his Work

RIDGE IN THE BLACK FOREST PROM A TAINTING BY HANS THOMA

work and hailed each new painting or drawing with self a suitor and not a dictator. Waving the

delight, no one among his colleagues admitted him banner of naturalism, the phalanx of modern artists

to be more than odd and queer. The general swept the public before them, forced it to see as

public could not pass any opinion at all, for jury they saw, forced it to own that the artist, and not

after jury rejected his pictures, so that they were the public, has a right to determine in what grooves

seldom to be seen. art should proceed.

Art, from being a Cinderella in the household of Naturally, the man who during this period would

German culture, gradually rose to a position of not enlist in the general uprising, who preferred

superlative importance. In the incessant war quietly to wander along his own path, could not

between artists and public the former had here- hope to attract attention. The single voice of

tofore suffered considerably, since they underrated Thoma could, not be heard in the din of the battle,

their enemy and treated him only with contempt. He soon refrained from raising it at all; frequent

The artist was above arguing with the public; he disappointments brought him to the point of no

was above trying to teach it. The public revenged longer sending his pictures to exhibitions. But he

itself by neglecting him, and forcing him to pro- never ceased in his work.

duce bad work, since it would not buy the good. From the moment, however, that the artists

But now art became a "movement." Instead of had established their victor}', the war cry of

desultory production, artists united their forces to " naturalism," which had led them on to it, was

attack and subdue the common foe, to impress heard no more. The personal, individual artist