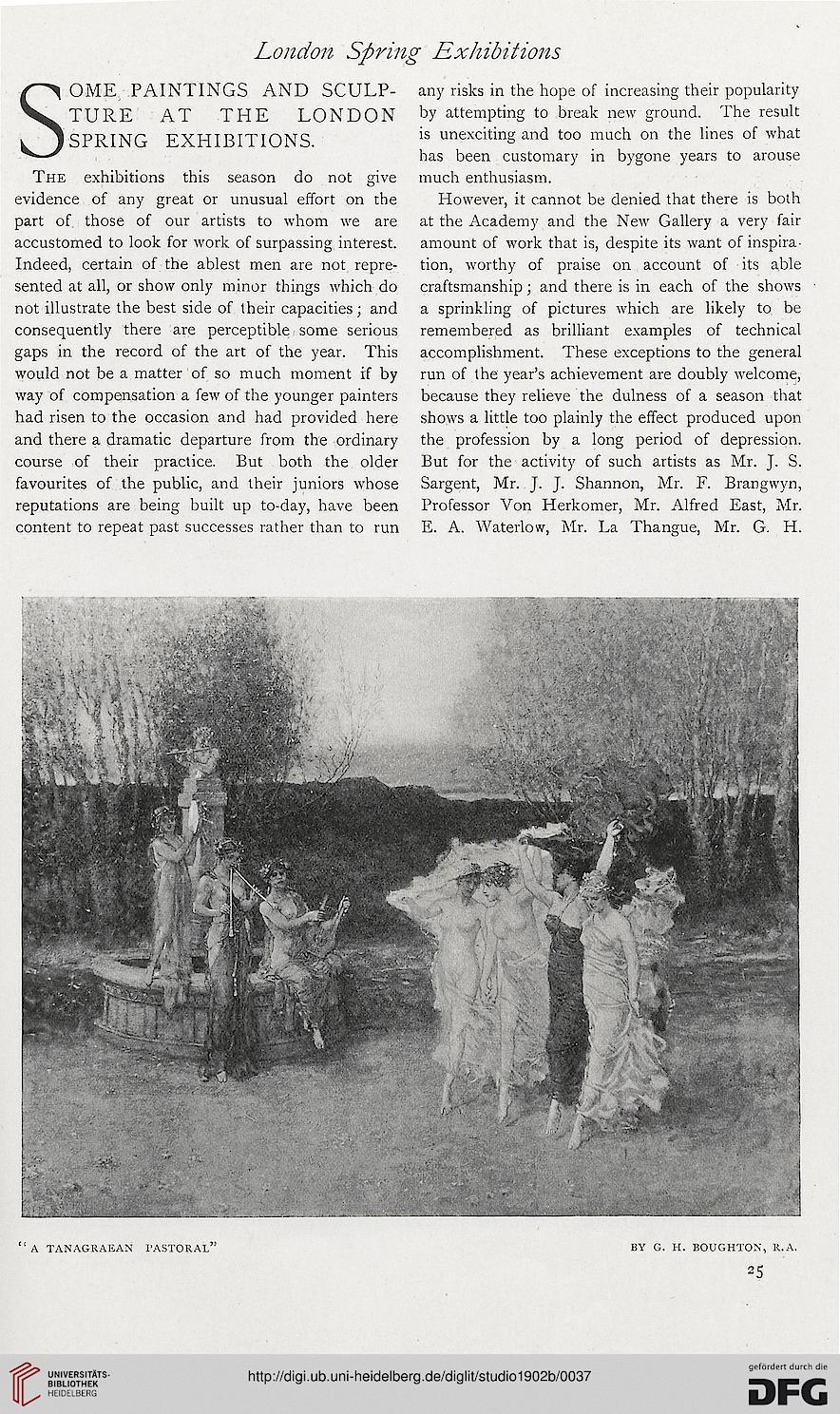 JURE AT THE LONDON by attempting to break new ground. The result

The exhibitions this season do not give much enthusiasm,

evidence of any great or unusual effort on the However, it cannot be denied that there is both

accustomed to look for work of surpassing interest. amount of work that is, despite its want of inspira-

Indeed, certain of the ablest men are not repre- tion, worthy of praise on account of its able

sented at all, or show only minor things which do craftsmanship; and there is in each of the shows

not illustrate the best side of their capacities; and a sprinkling of pictures which are likely to be

gaps in the record of the art of the year. This accomplishment. These exceptions to the general

would not be a matter of so much moment if by run of the year's achievement are doubly welcome,

and there a dramatic departure from the ordinary the profession by a long period of depression,

course of their practice. But both the older But for the activity of such artists as Mr. J. S.

favourites of the public, and their juniors whose Sargent, Mr. J. J. Shannon, Mr. F. Brangwyn,

reputations are being built up to-day, have been Professor Von Herkomer, Mr. Alfred East, Mr.

content to repeat past successes rather than to run E. A. Waterlow, Mr. La Thangue, Mr. G. H.