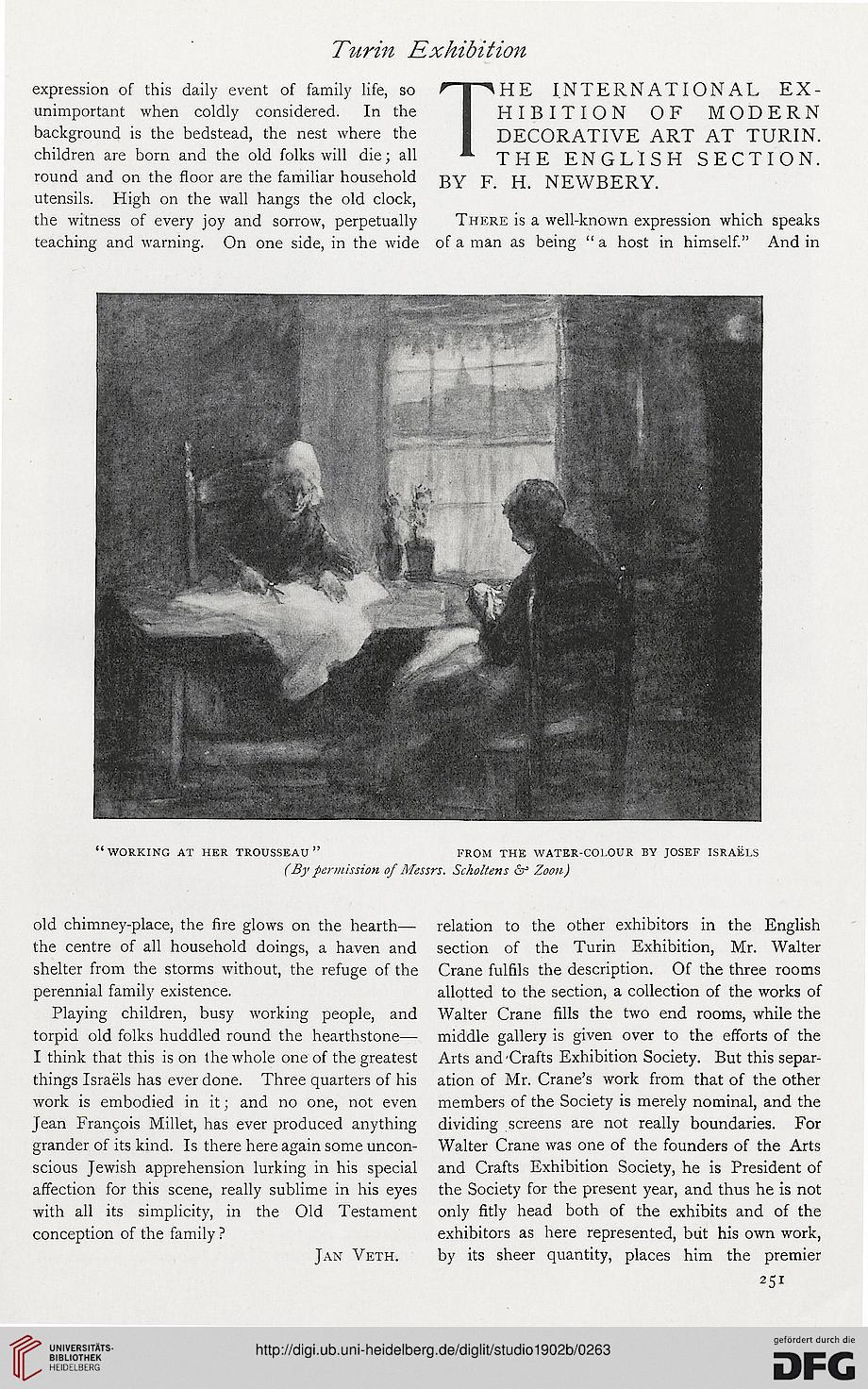 expression of this daily event of family life, so
unimportant when coldly considered. In the
background is the bedstead, the nest where the
children are born and the old folks will die; all
round and on the floor are the familiar household
utensils. High on the wall hangs the old clock,
the witness of every joy and sorrow, perpetually
teaching and warning. On one side, in the wide

There is a well-known expression which speaks
of a man as being " a host in himself." And in

"working at her trousseau" from the water-colour by josef israels

old chimney-place, the fire glows on the hearth—
the centre of all household doings, a haven and
shelter from the storms without, the refuge of the
perennial family existence.

Playing children, busy working people, and
torpid old folks huddled round the hearthstone—■
I think that this is on the whole one of the greatest
things Israels has ever done. Three quarters of his
work is embodied in it; and no one, not even
Jean Francois Millet, has ever produced anything
grander of its kind. Is there here again some uncon-
scious Jewish apprehension lurking in his special
affection for this scene, really sublime in his eyes
with all its simplicity, in the Old Testament
conception of the family ?

relation to the other exhibitors in the English
section of the Turin Exhibition, Mr. Walter
Crane fulfils the description. Of the three rooms
allotted to the section, a collection of the works of
Walter Crane fills the two end rooms, while the
middle gallery is given over to the efforts of the
Arts and Crafts Exhibition Society. But this separ-
ation of Mr. Crane's work from that of the other
members of the Society is merely nominal, and the
dividing screens are not really boundaries. For
Walter Crane was one of the founders of the Arts
and Crafts Exhibition Society, he is President of
the Society for the present year, and thus he is not
only fitly head both of the exhibits and of the
exhibitors as here represented, but his own work,
by its sheer quantity, places him the premier