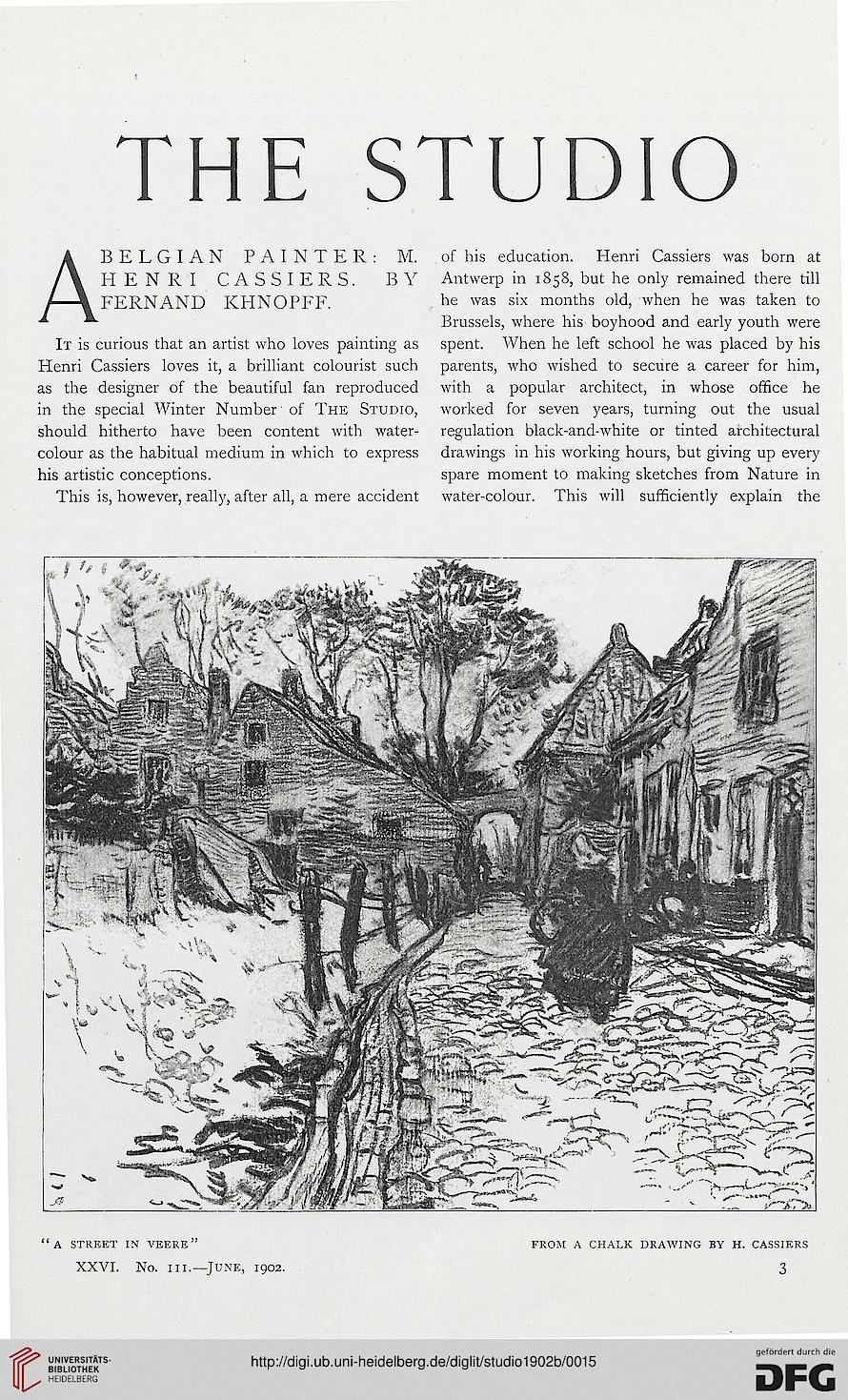 It is curious that an artist who loves painting as
Henri Cassiers loves it, a brilliant colourist such
as the designer of the beautiful fan reproduced
in the special Winter Number of The Studio,
should hitherto have been content with water-
colour as the habitual medium in which to express
his artistic conceptions.

This is, however, really, after all, a mere accident

of his education. Henri Cassiers was born at
Antwerp in 1858, but he only remained there till
he was six months old, when he was taken to
Brussels, where his boyhood and early youth were
spent. When he left school he was placed by his
parents, who wished to secure a career for him,
with a popular architect, in whose office he
worked for seven years, turning out the usual
regulation black-and-white or tinted architectural
drawings in his working hours, but giving up every
spare moment to making sketches from Nature in
water-colour. This will sufficiently explain the

"a street in veere"

from a chalk drawing by h. cassiers