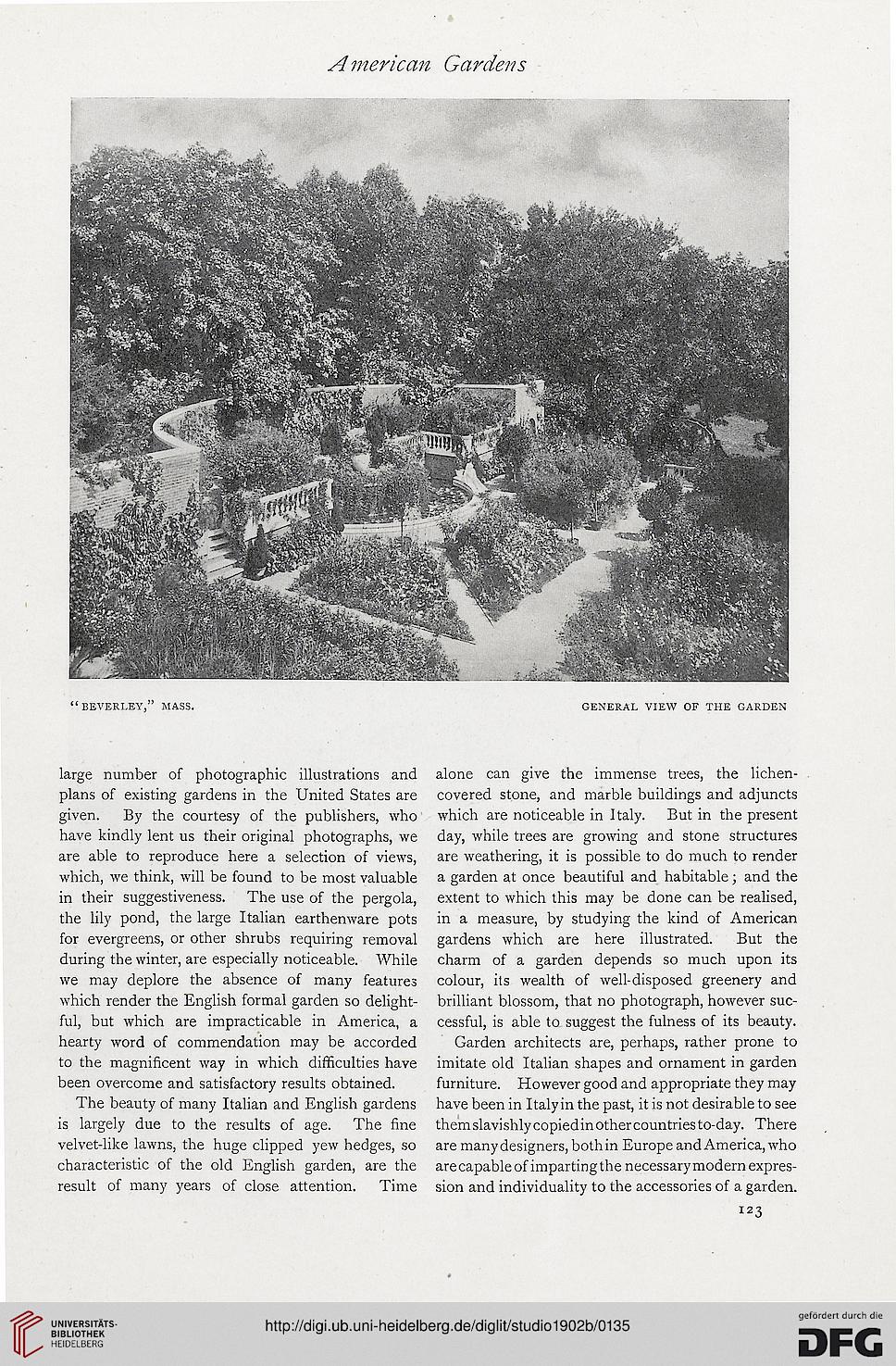 large number of photographic illustrations and alone can give the immense trees, the lichen-
plans of existing gardens in the United States are covered stone, and marble buildings and adjuncts
given. By the courtesy of the publishers, who which are noticeable in Italy. But in the present
have kindly lent us their original photographs, we day, while trees are growing and stone structures
are able to reproduce here a selection of views, are weathering, it is possible to do much to render
which, we think, will be found to be most valuable a garden at once beautiful and habitable; and the
in their suggestiveness. The use of the pergola, extent to which this may be done can be realised,
the lily pond, the large Italian earthenware pots in a measure, by studying the kind of American
for evergreens, or other shrubs requiring removal gardens which are here illustrated. But the
during the winter, are especially noticeable. While charm of a garden depends so much upon its
we may deplore the absence of many features colour, its wealth of well-disposed greenery and
which render the English formal garden so delight- brilliant blossom, that no photograph, however suc-
ful, but which are impracticable in America, a cessful, is able to suggest the fulness of its beauty,
hearty word of commendation may be accorded Garden architects are, perhaps, rather prone to
to the magnificent way in which difficulties have imitate old Italian shapes and ornament in garden
been overcome and satisfactory results obtained. furniture. However good and appropriate they may
The beauty of many Italian and English gardens have been in Italy in the past, it is not desirable to see
is largely due to the results of age. The fine themslavishlycopiedinothercountriesto-day. There
velvet-like lawns, the huge clipped yew hedges, so are many designers, both in Europe and America, who
characteristic of the old English garden, are the are capable of imparting the necessary modern expres-
result of many years of close attention. Time sion and individuality to the accessories of a garden.