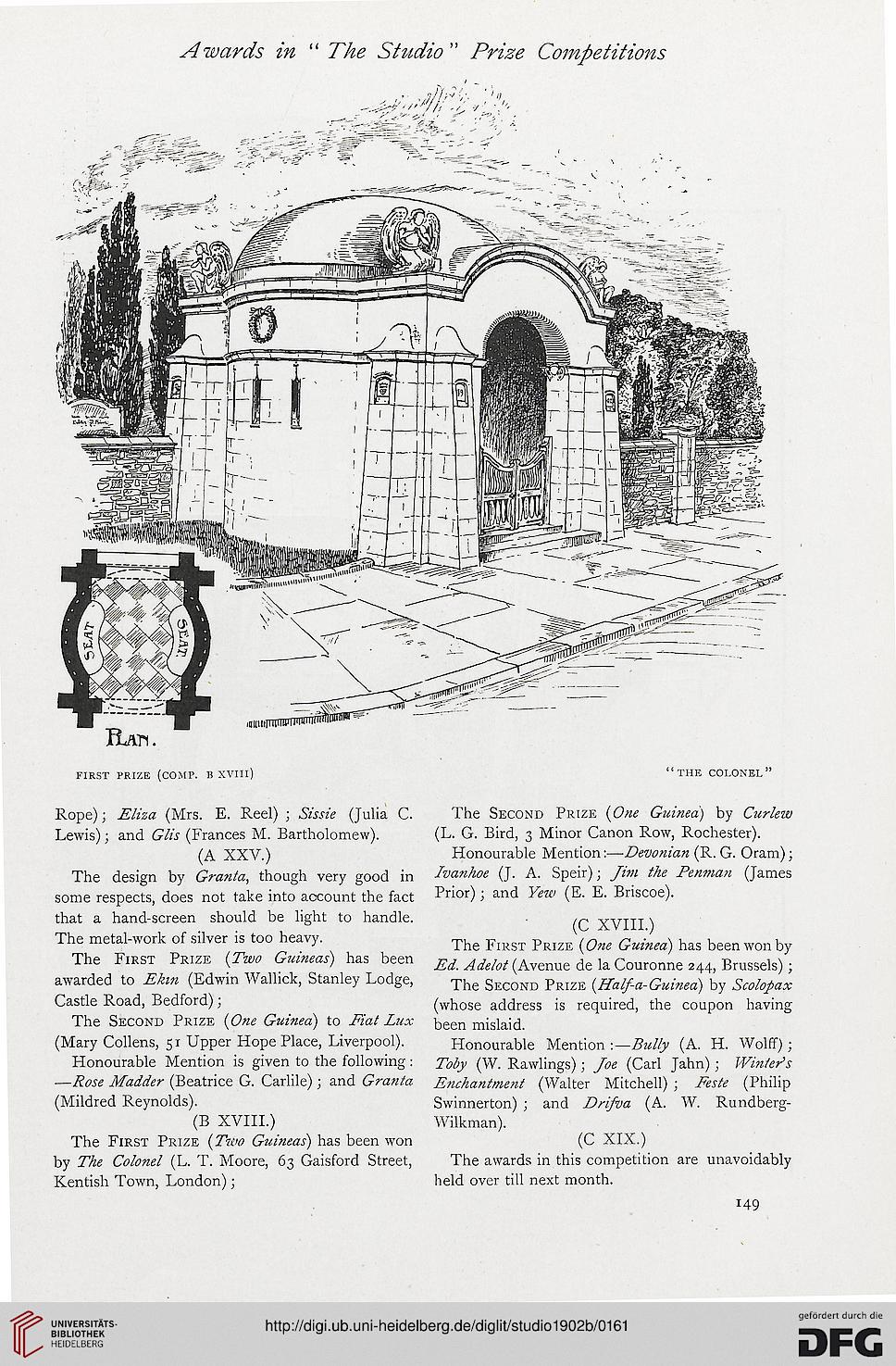 The design by Granta, though very good in Ivanhoe (J. A. Speir); Jim the Penman (James

some respects, does not take into account the fact Prior); and Yew (E. E. Briscoe),

that a hand-screen should be light to handle. ,^ XVIII)

The metal-work of silver is too heavy. The First Prize {Qng ^ ^ ^

Castle Road, Bedford); (whose address is required, the coupon having

The Second Prize (One Guinea) to Fiat Lux been mislaid

The First Prize (Two Guineas) has been won (C XIX.)

by The Colonel (L. T. Moore, 63 Gaisford Street, The awards in this competition are unavoidably

Kentish Town, London); held over till next month.