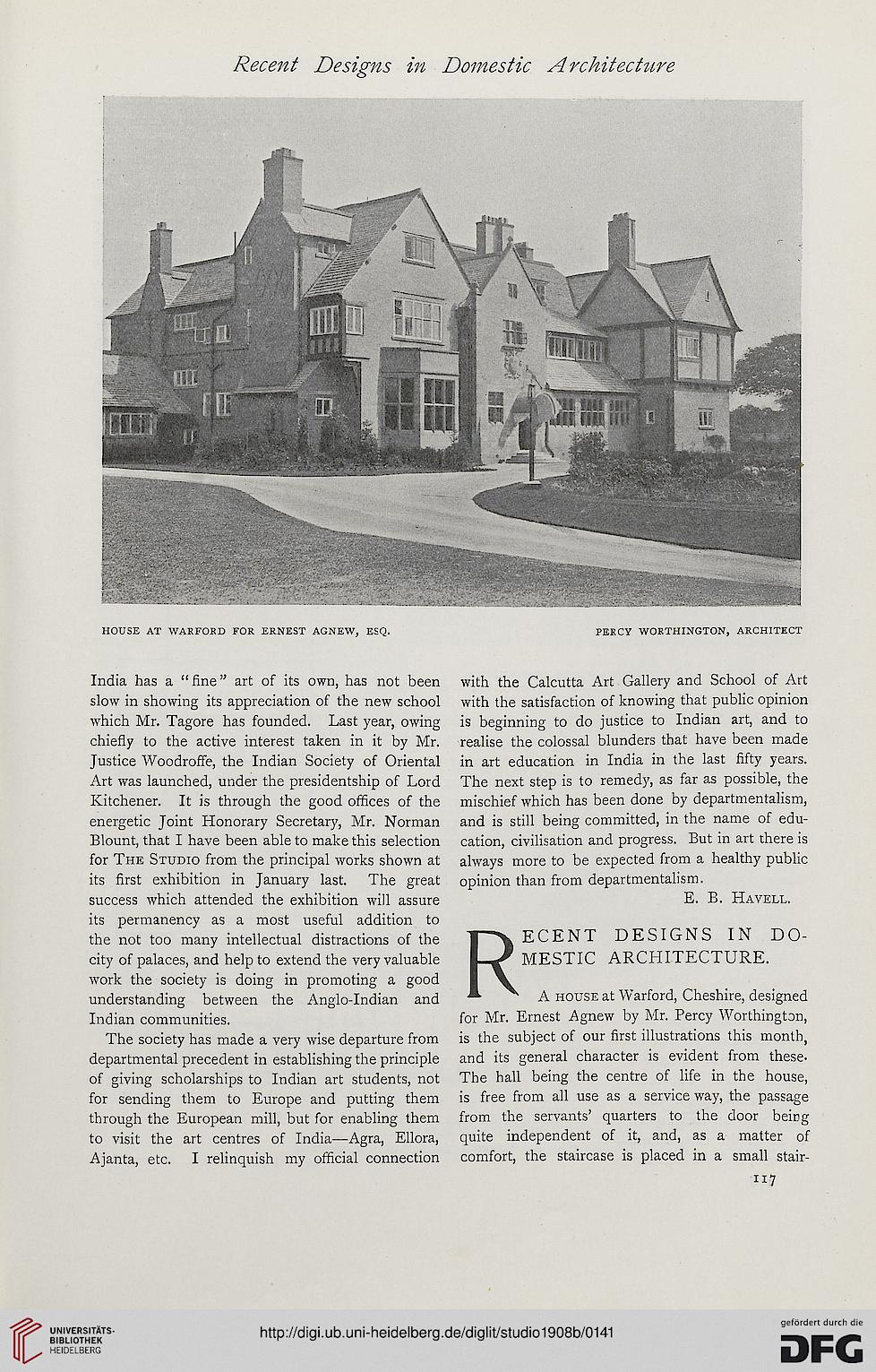 India has a “fine” art of its own, has not been
slow in showing its appreciation of the new school
which Mr. Tagore has founded. Last year, owing
chiefly to the active interest taken in it by Mr.
Justice Woodroffe, the Indian Society of Oriental
Art was launched, under the presidentship of Lord
Kitchener. It is through the good offices of the
energetic Joint Honorary Secretary, Mr. Norman
Blount, that I have been able to make this selection
for The Studio from the principal works shown at
its first exhibition in January last. The great
success which attended the exhibition will assure
its permanency as a most useful addition to
the not too many intellectual distractions of the
city of palaces, and help to extend the very valuable
work the society is doing in promoting a good
understanding between the Anglo-Indian and
Indian communities.

The society has made a very wise departure from
departmental precedent in establishing the principle
of giving scholarships to Indian art students, not
for sending them to Europe and putting them
through the European mill, but for enabling them
to visit the art centres of India—Agra, Ellora,
Ajanta, etc. I relinquish my official connection

with the Calcutta Art Gallery and School of Art
with the satisfaction of knowing that public opinion
is beginning to do justice to Indian art, and to
realise the colossal blunders that have been made
in art education in India in the last fifty years.
The next step is to remedy, as far as possible, the
mischief which has been done by departmentalism,
and is still being committed, in the name of edu-
cation, civilisation and progress. But in art there is
always more to be expected from a healthy public
opinion than from departmentalism.

ECENT DESIGNS IN DO-
MESTIC ARCHITECTURE.

A house at Warford, Cheshire, designed
for Mr. Ernest Agnew by Mr. Percy Worthington,
is the subject of our first illustrations this month,
and its general character is evident from these.
The hall being the centre of life in the house,
is free from all use as a service way, the passage
from the servants’ quarters to the door being
quite independent of it, and, as a matter of
comfort, the staircase is placed in a small stair-