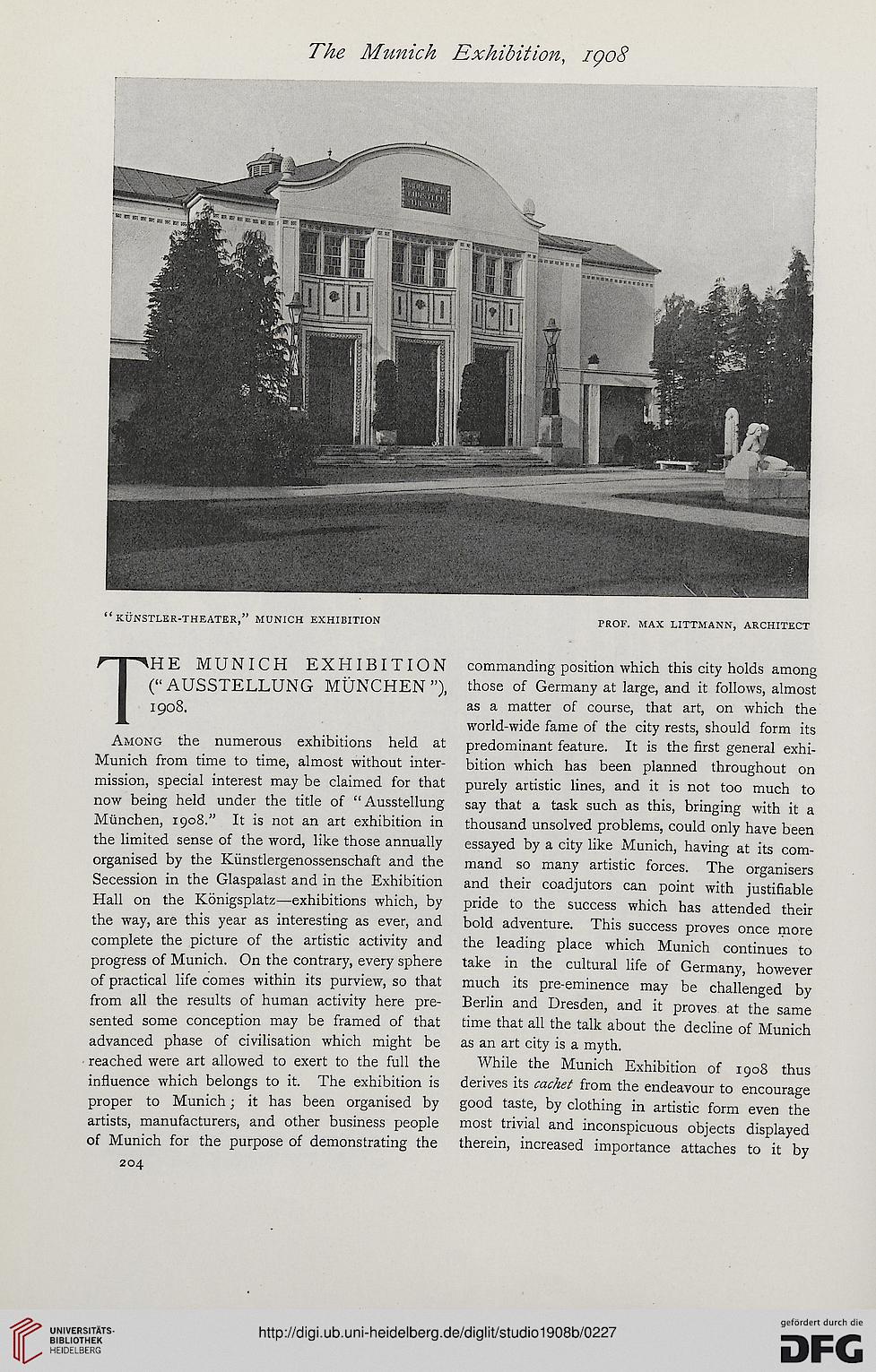 Among the numerous exhibitions held at
Munich from time to time, almost without inter-
mission, special interest may be claimed for that
now being held under the title of “Ausstellung
Miinchen, 1908.” It is not an art exhibition in
the limited sense of the word, like those annually
organised by the Kiinstlergenossenschaft and the
Secession in the Glaspalast and in the Exhibition
Hall on the Konigsplatz—exhibitions which, by
the way, are this year as interesting as ever, and
complete the picture of the artistic activity and
progress of Munich. On the contrary, every sphere
of practical life comes within its purview, so that
from all the results of human activity here pre-
sented some conception may be framed of that
advanced phase of civilisation which might be
reached were art allowed to exert to the full the
influence which belongs to it. The exhibition is
proper to Munich; it has been organised by
artists, manufacturers, and other business people
of Munich for the purpose of demonstrating the

commanding position which this city holds among
those of Germany at large, and it follows, almost
as a matter of course, that art, on which the
world-wide fame of the city rests, should form its
predominant feature. It is the first general exhi-
bition which has been planned throughout on
purely artistic lines, and it is not too much to
say that a task such as this, bringing with it a
thousand unsolved problems, could only have been
essayed by a city like Munich, having at its com-
mand so many artistic forces. The organisers
and their coadjutors can point with justifiable
pride to the success which has attended their
bold adventure. This success proves once more
the leading place which Munich continues to
take in the cultural life of Germany, however
much its pre-eminence may be challenged by
Berlin and Dresden, and it proves at the same
time that all the talk about the decline of Munich
as an art city is a myth.

While the Munich Exhibition of 1908 thus
derives its cachet from the endeavour to encourage
good taste, by clothing in artistic form even the
most trivial and inconspicuous objects displayed
therein, increased importance attaches to it by