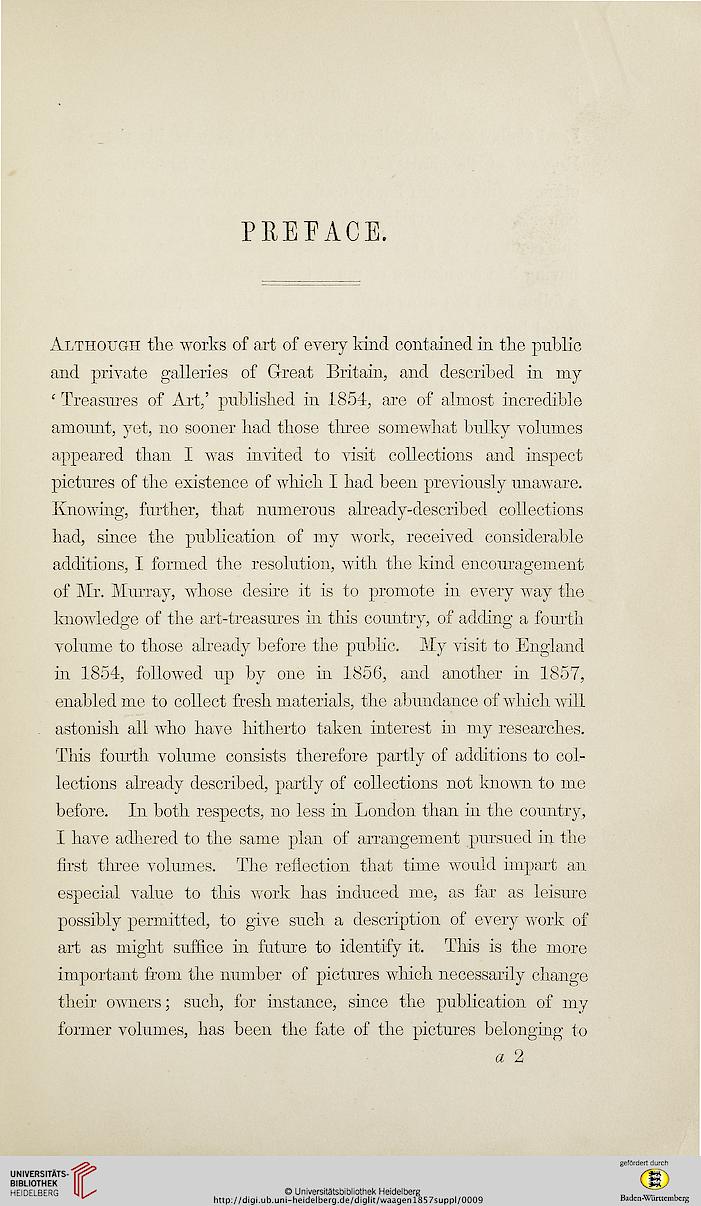 Although the works of art of every kind contained in the public
and private galleries of Great Britain, and described in my
c Treasures of Art,' published in 1854, are of almost incredible
amount, yet, no sooner had those three somewhat bulky volumes
appeared than I was invited to visit collections and inspect
pictures of the existence of which I had been previously unaware.
Knowing, further, that numerous already-described collections
had, since the publication of my work, received considerable
additions, I formed the resolution, with the kind encouragement
of Mr. Murray, whose desire it is to promote in every way the
knowledge of the art-treasures in this country, of adding a fourth
volume to those already before the public. My visit to England
hi 1854, followed up by one in 1856, and another in 1857,
enabled me to collect fresh materials, the abimdance of which will
astonish all who have hitherto taken interest in my researches.
Tins fourth volume consists therefore partly of additions to col-
lections already described, partly of collections not known to me
before. In both respects, no less in London than in the country,
I have adhered to the same plan of arrangement pursued in the
first three volumes. The reflection that time would impart an
especial value to tins work has induced me, as far as leisure
possibly permitted, to give such a description of every work of
art as might suffice in future to identify it. This is the more
important from the number of pictures which necessarily change
their owners; such, for instance, since the publication of my
former volumes, has been the fate of the pictures belonging to