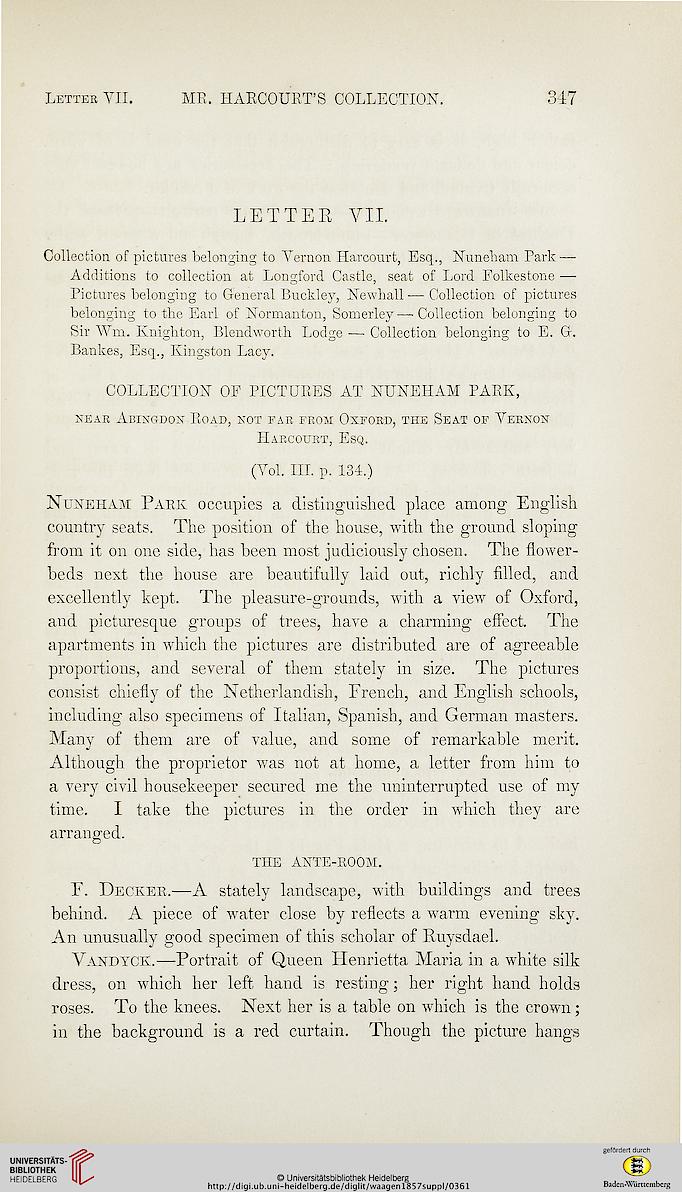 COLLECTION OF PICTURES AT NUNEHAM PARK,

near Abingdon Road, not far from Oxford, the Seat of Aterxox

Nuneham Park occupies a distinguished place among English
country seats. The position of the house, with the ground sloping
from it on one side, has been most judiciously chosen. The flower-
beds next the house are beautifully laid out, richly filled, and
excellently kept. The pleasure-grounds, with a view of Oxford,
and picturesque groups of trees, have a charming effect. The
apartments in which the pictures are distributed are of agreeable
proportions, and several of them stately in size. The pictures
consist chiefly of the Netherlandish, French, and English schools,
including also specimens of Italian, Spanish, and German masters.
Many of them are of value, and some of remarkable merit.
Although the proprietor was not at home, a letter from him to
a very civil housekeeper secured me the uninterrupted use of my
time. I take the pictures in the order in which they are
arranged.

E. Decker.-—A stately landscape, with buildings and trees
behind. A piece of water close by reflects a warm evening sky.
An unusually good specimen of this scholar of Euysdael.

Vandyck.—Portrait of Queen Henrietta Maria in a white silk
dress, on which her left hand is resting; her right hand holds
roses. To the knees. Next her is a table on which is the crown;
in the background is a red curtain. Though the picture hangs