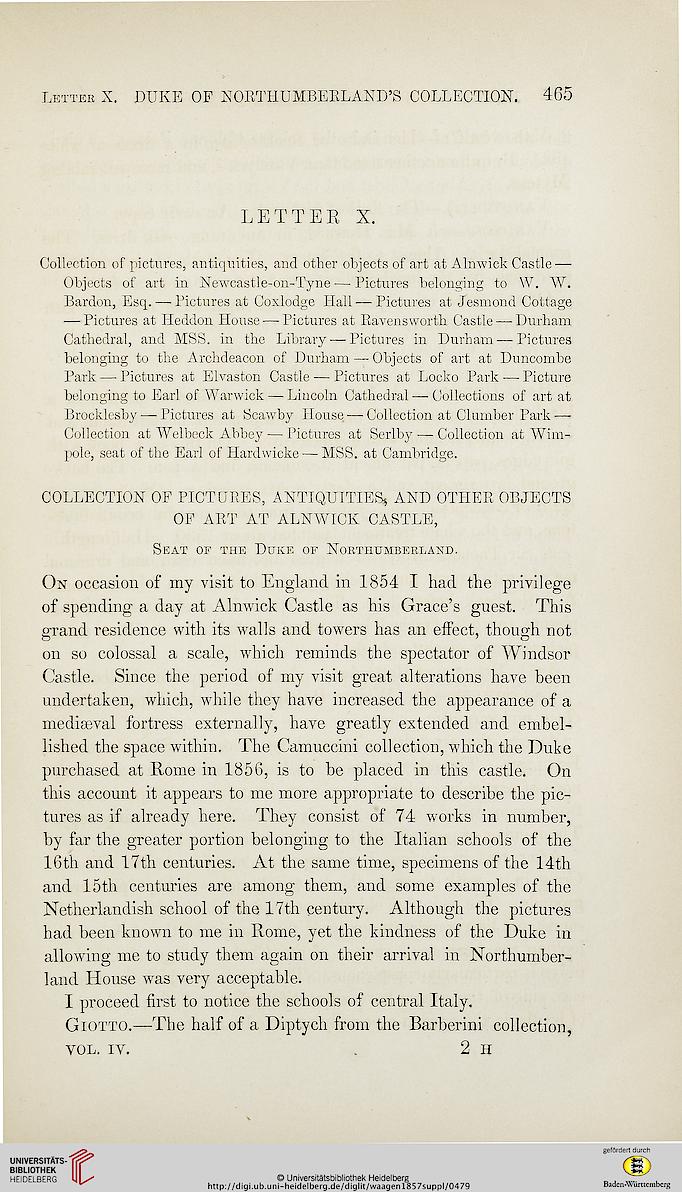 COLLECTION OF PICTURES, ANTIQUITIES, AND OTHER OBJECTS
OF ART AT ALNWICK CASTLE,

Seat of the Duke of Northumberland.

On occasion of my visit to England in 1854 I had the privilege
of spending a day at Alnwick Castle as his Grace's guest. This
grand residence with its walls and towers has an effect, though not
on so colossal a scale, which reminds the spectator of Windsor
Castle. Since the period of my visit great alterations have been
undertaken, which, while they have increased the appearance of a
medieval fortress externally, have greatly extended and embel-
lished the space within. The Camuccini collection, which the Duke
purchased at Rome in 1856, is to be placed in this castle. On
this account it appears to me more appropriate to describe the pic-
tures as if already here. They consist of 74 works in number,
by far the greater portion belonging to the Italian schools of the
16th and 17th centuries. At the same time, specimens of the 14th
and 15th centuries are among them, and some examples of the
Netherlandish school of the 17th century. Although the pictures
had been known to me in Rome, yet the kindness of the Duke in
allowing me to study them again on their arrival in Northumber-
land House was very acceptable.

I proceed first to notice the schools of central Italy.

Giotto.—The half of a Diptych from the Barberini collection,