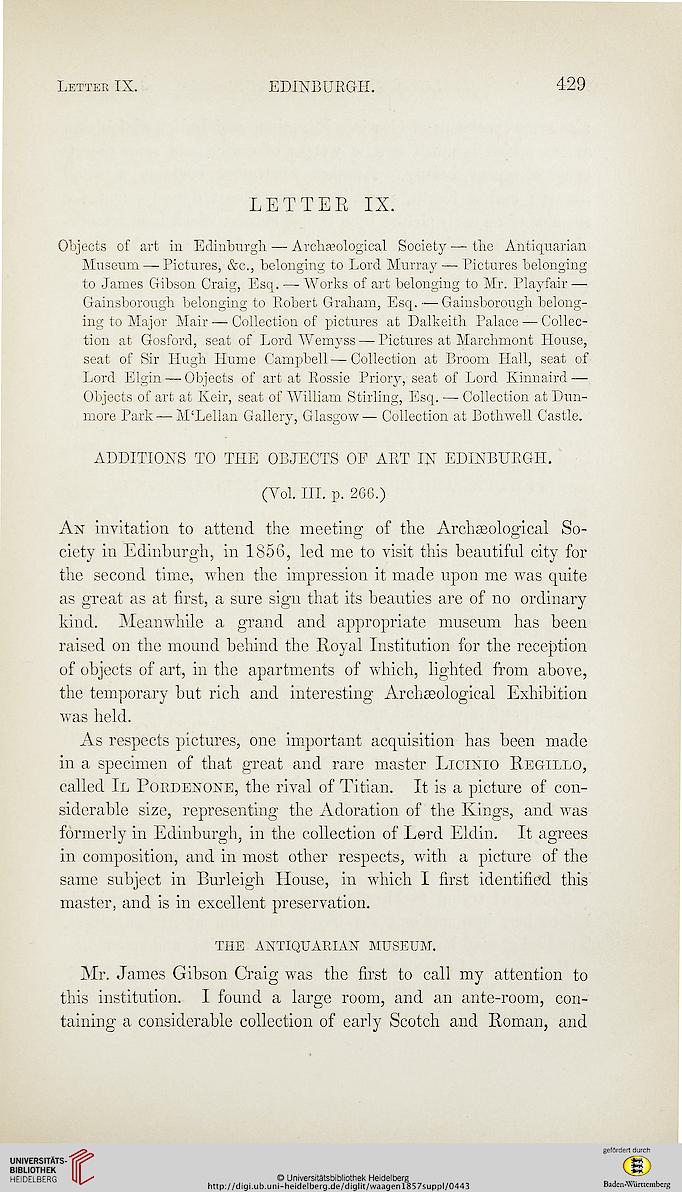 ADDITIONS TO THE OBJECTS OF ART IN EDINBURGH.

An invitation to attend the meeting of the Archaeological So-
ciety in Edinburgh, in 1856, led me to visit this beautiful city for
the second time, when the impression it made upon me was quite
as great as at first, a sure sign that its beauties are of no ordinary
kind. Meanwhile a grand and appropriate museum has been
raised on the mound behind the Royal Institution for the reception
of objects of art, in the apartments of which, lighted from above,
the temporary but rich and interesting Archaeological Exhibition
wras held.

As respects pictures, one important acquisition has been made
in a specimen of that great and rare master LlClNlO Regillo,
called II Pordenone, the rival of Titian. It is a picture of con-
siderable size, representing the Adoration of the Kings, and was
formerly in Edinburgh, in the collection of Lord Eldin. It agrees
in composition, and in most other respects, with a picture of the
same subject in Burleigh House, in which I first identified this
master, and is in excellent preservation.

Mr. James Gibson Craig was the first to call my attention to
this institution. I found a large room, and an ante-room, con-
taining a considerable collection of early Scotch and Roman, and