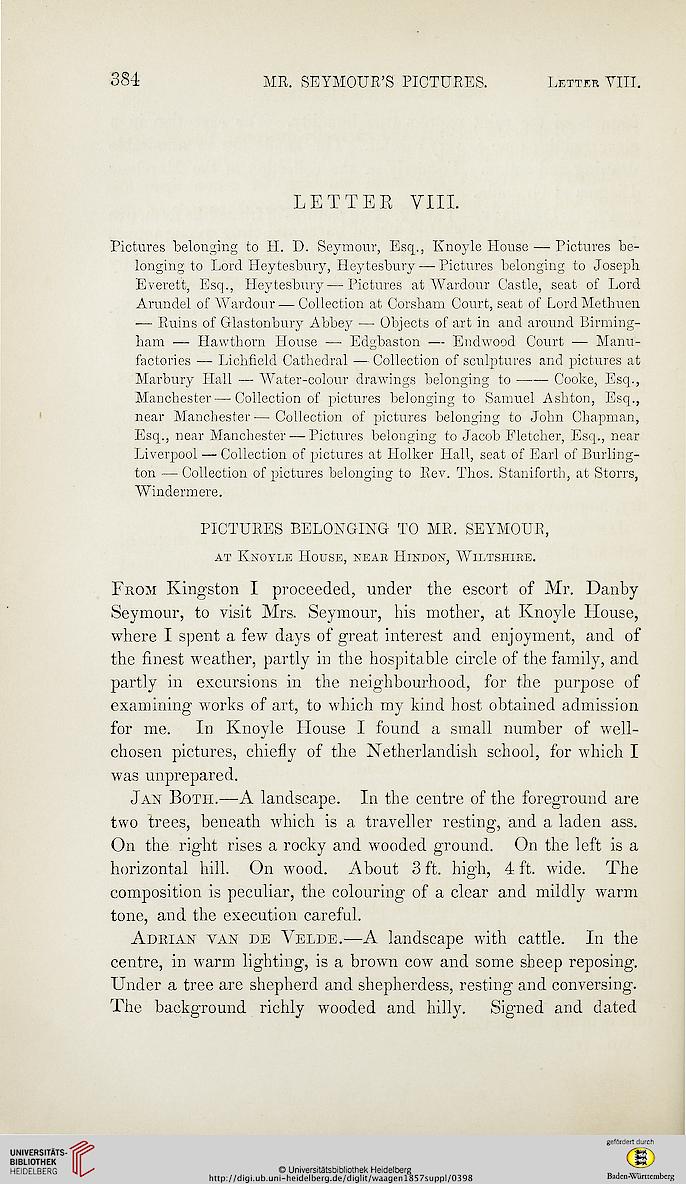 From Kingston I proceeded, under the escort of Mr. Danby
Seymour, to visit Mrs. Seymour, his mother, at Knoyle House,
where I spent a few days of great interest and enjoyment, and of
the finest weather, partly in the hospitable circle of the family, and
partly in excursions in the neighbourhood, for the purpose of
examining works of art, to which my kind host obtained admission
for me. In Knoyle House I found a small number of well-
chosen pictures, chiefly of the Netherlandish school, for which I
was unprepared.

j ah Both.—A landscape. In the centre of the foreground are
two trees, beneath which is a traveller resting, and a laden ass.
On the right rises a rocky and wooded ground. On the left is a
horizontal hill. On wood. About 3 ft. high, 4 ft. wide. The
composition is peculiar, the colouring of a clear and mildly warm
tone, and the execution careful.

Adeian van de Velde.—A landscape with cattle. In the
centre, in warm lighting, is a brown cow and some sheep reposing.
Under a tree are shepherd and shepherdess, resting and conversing.
The background richly wooded and hilly. Signed and dated