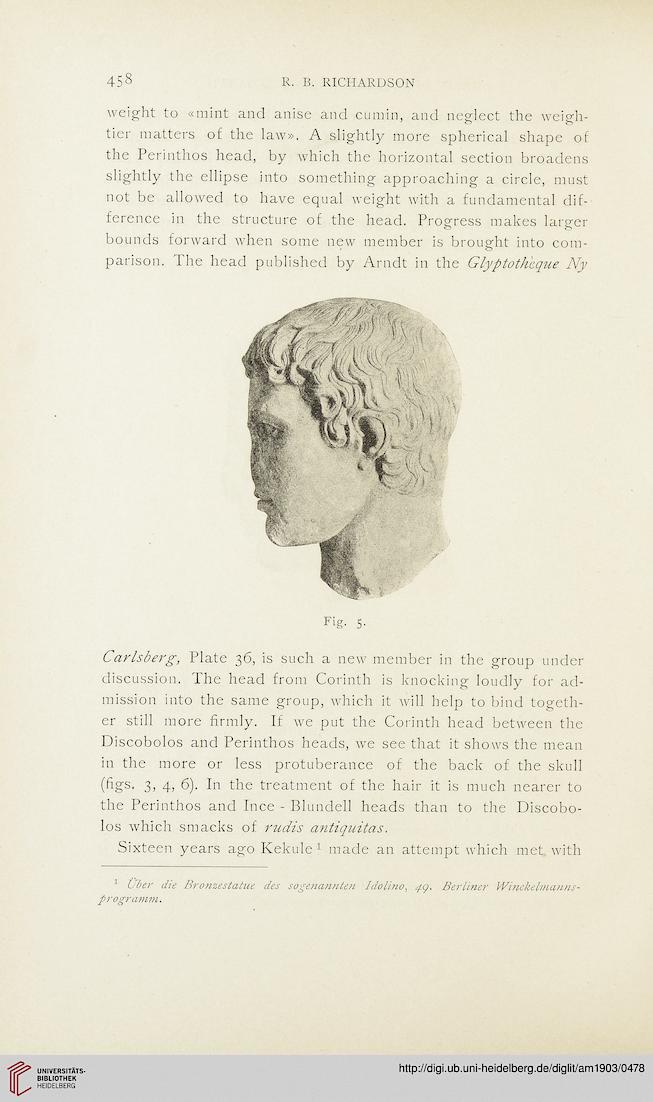 weight to «mint and anise and cumin, and neglect the weigh-
tier matters of the law». A slightly more spherical shape of
the Perinthos head, by which the horizontal section broadens
slightly the ellipse into something approaching a circle, must
not be allowed to have equal weight with a fundamental dif-
ference in the structure of the head. Progress makes larger
bouncls forward when some new member is brought into com-
parison. The head published by Arndt in the Glyptothcque Ny


Fig· 5-
Carlsberg, Plate 36, is such a new member in the group under
discussion. The head from Corinth is knocking loudly for ad-
mission into the same group, which it will help to bind togeth-
er still more firmly. If we put the Corinth head between the
Discobolos and Perinthos heads, we see that it shows the mean
in the more or less protuberance of the back of the skull
(figs. 3, 4, 6). In the treatment of the hair it is much nearer to
the Perinthos and Ince - Blundell heads than to the Discobo-
los which smacks of rudis antiquitas.
Sixteen years ago Kekule1 made an attempt which met with