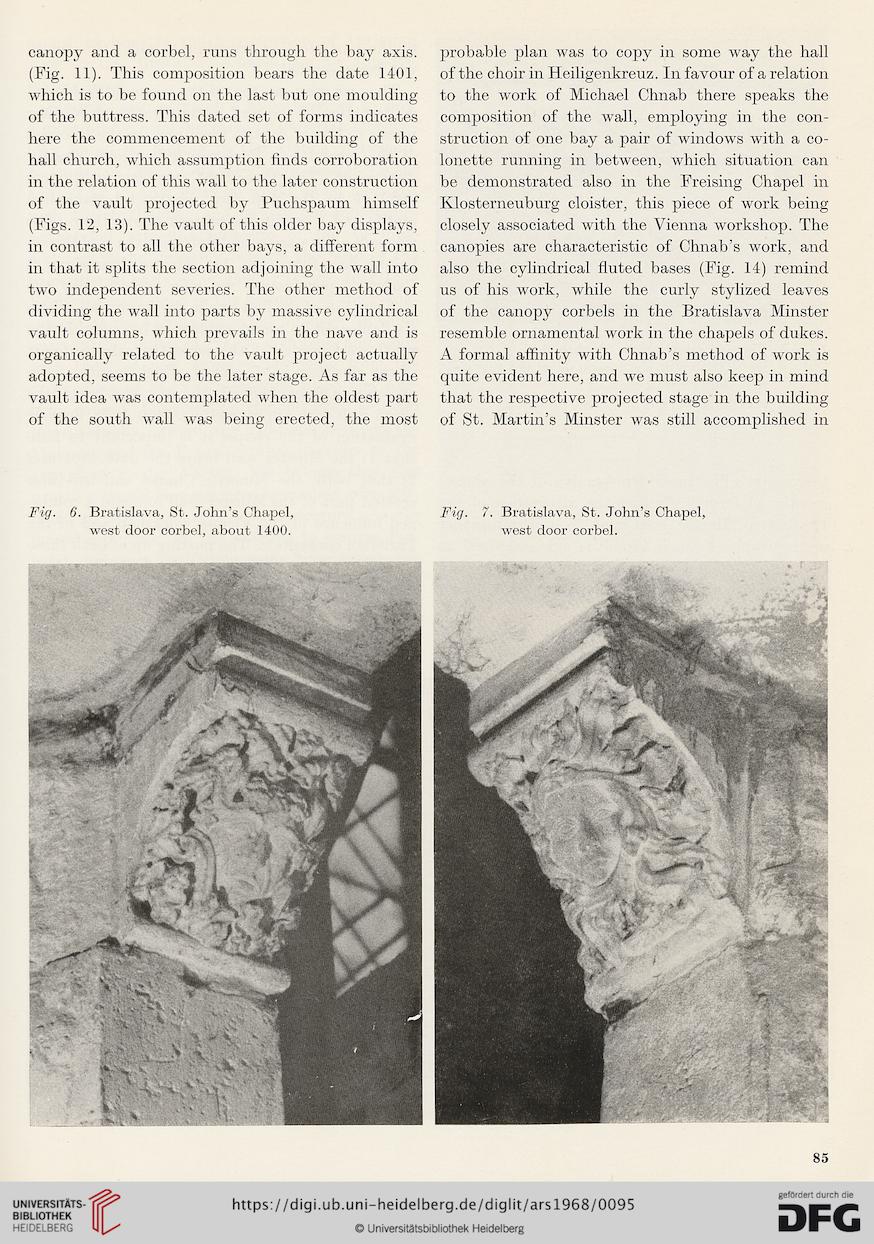 Information about OCR text
canopy and a corbel, runs through the bay axis.
(Fig. 11). This composition bears the date 1401,
which is to be found on the last but one moulding
of the buttress. This dated set of forms indicates
here the commencement of the building of the
hall church, which assumption finds corroboration
in the relation of this wall to the later construction
of the vault projected by Puchspaum himself
(Figs. 12, 13). The vault of this older bay displays,
in contrast to all the other bays, a different form
in that it splits the section adjoining the wall into
two independent severies. The other method of
dividing the wall into parts by massive cylindrical
vault columns, which prevails in the navě and is
organically related to the vault project actually
adopted, seems to be the later stage. As far as the
vault idea was contemplated when the oldest part
of the south wall was being erected, the most

probable plan was to copy in some way the hall
of the choir in Heiligenkreuz. In favour of a relation
to the work of Michael Chnab there speaks the
composition of the wall, employing in the con-
struction of one bay a pair of Windows with a co-
lonette running in between, which situation can
be demonstrated also in the Freising Chapel in
Klosterneuburg cloister, this piece of work being
dosely associated with the Vienna workshop. The
canopies are characteristic of Chnab’s work, and
also the cylindrical fluted bases (Fig. 14) remind
us of his work, while the curly stylized leaves
of the canopy corbels in the Bratislava Minster
resemble ornamental work in the chapels of dukes.
A formal affinity with Chnab’s method of work is
quite evident here, and we must also keep in mind
that the respective projected stage in the building
of St. Martin’s Minster was still accomplished in