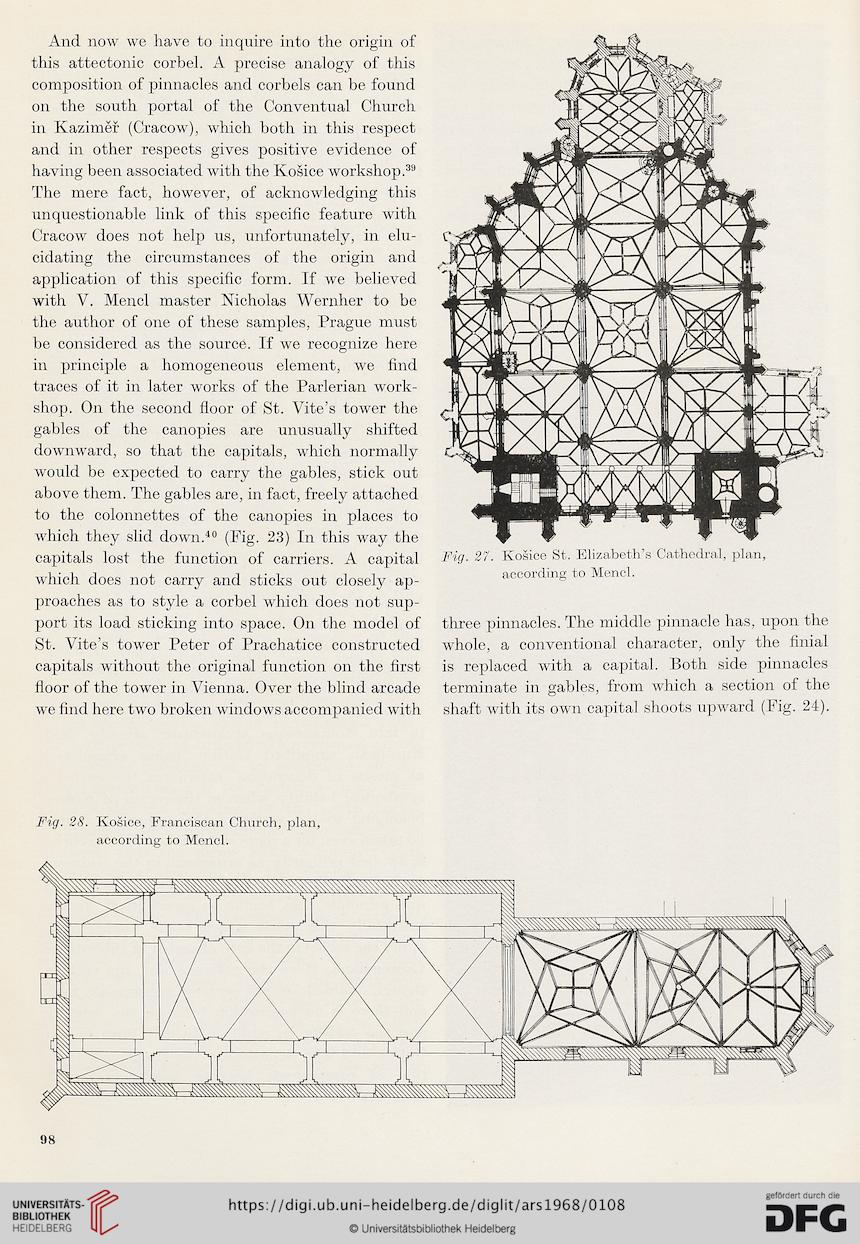 Information about OCR text
And now we háve to inquire into the origin of
this attectonic corbel. A précisé analogy of this
composition of pinnacles and corbels can be found
on the south portal of the Conventual Church
in Kaziměř (Cracow), which both in this respect
and in other respects gives positive evidence of
having been associated with the Košice workshop.39
The mere fact, however, of acknowledging this
unquestionable link of this spécifie feature with
Cracow does not help us, unfortunately, in elu-
cidating the circumstances of the origin and
application of this spécifie form. If we believed
with V. Mencl master Nicholas Wernher to be
the author of one of these samples, Prague must
be considered as the source. If we recognize here
in principle a homogeneous element, we find
traces of it in later works of the Parlerian work-
shop. On the second floor of St. Vite’s tower the
gables of the canopies are unusually shifted
downward, so that the capitals, which normally
would be expected to carry the gables, stick out
above them. The gables are, in fact, freely attached
to the colonnettes of the canopies in places to
which they slid down.40 (Fig. 23) In this way the
capitals lost the function of carriers. A capital
which does not carry and sticks out dosely ap-
proaches as to style a corbel which does not sup-
port its load stieking into space. On the model of
St. Vite’s tower Peter of Prachatice constructed
capitals without the original function on the first
floor of the tower in Vienna. Over the blind arcade
we find here two broken Windows accompanied with


three pinnacles. The middle pinnacle has, upon the
whole, a conventional character, only the finial
is replaced with a capital. Both side pinnacles
terminate in gables, from which a section of the
shaft with its own capital shoots upward (Fig. 24).