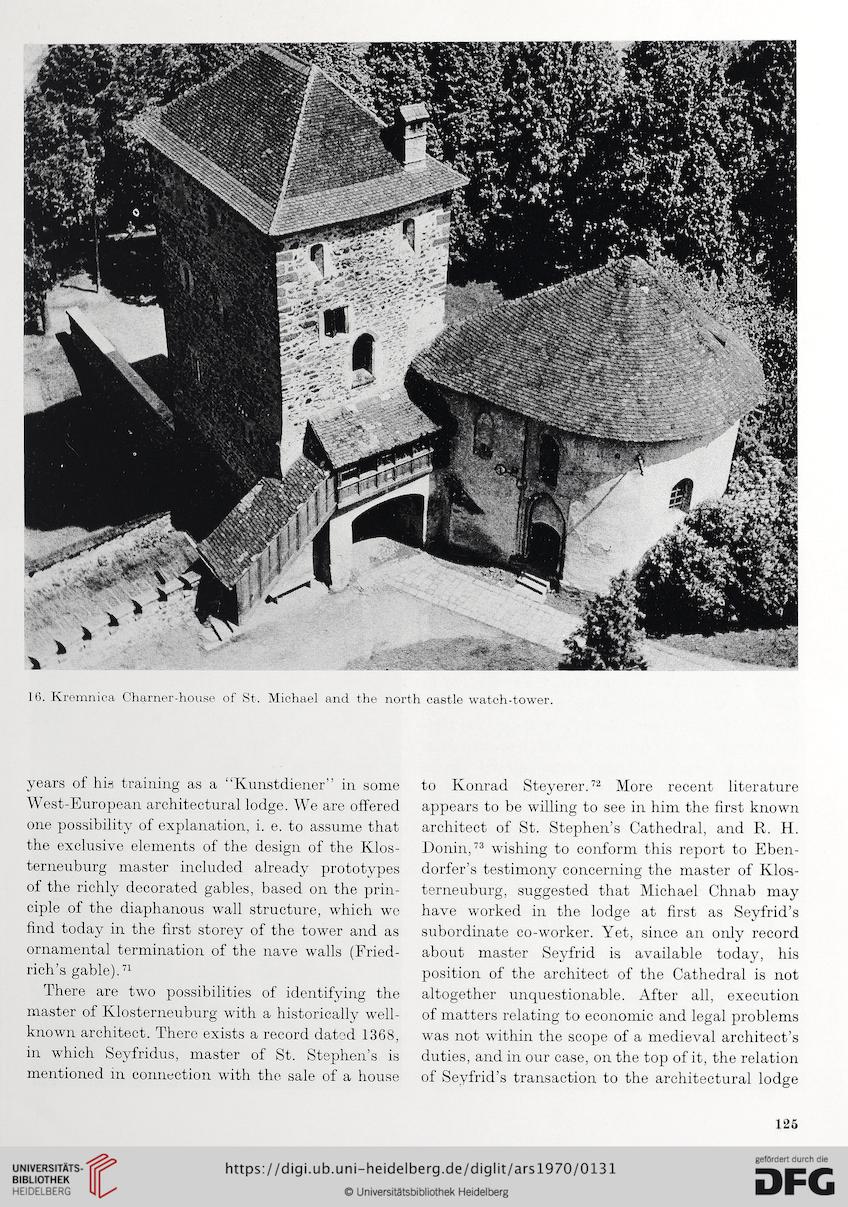 16. Kremnica Charner-house of St. Michael and the north castle watch-tower.

years of his training as a “Kunstdiener” in sonie
West-European architectural lodge. We are offered
one possibility of explanation, i. e. to assume that
the exclusive éléments of the design of the Klos-
terneuburg master included already prototypes
of the richly decorated gables, based on the prin-
ciple of the diaphanous wall structure, which wo
find today in the first storey of the tower and as
ornamental termination of the nave walls (Fried-
rich’s gable).71
There are two possibilities of identifying the
master of Klosterneuburg with a historically well-
known architect. There exists a record dated 1368,
in which Seyfridus, master of St. Stephen’s is
mentioned ni connection with the sale of a house

to Konrad Steyerer.72 More recent literatuře
appears to be willing to see in him the first known
architect of St. Stephen’s Cathédral, and R. H.
Donin,73 wishing to conform this report to Eben-
dorfer’s testimony concerning the master of Klos-
terneuburg, suggested that Michael Chnab may
hâve worked in the lodge at first as Seyfrid’s
subordinate co-worker. Yet, since an only record
about master Seyfrid is available today, his
position of the architect of the Cathedra! is not
altogether unquestionable. After all, execution
of matters relating to économie and legal problems
was not within the scope of a medieval architect’s
duties, and in our case, on the top of it, the relation
of Seyfrid’s transaction to the architectural lodge