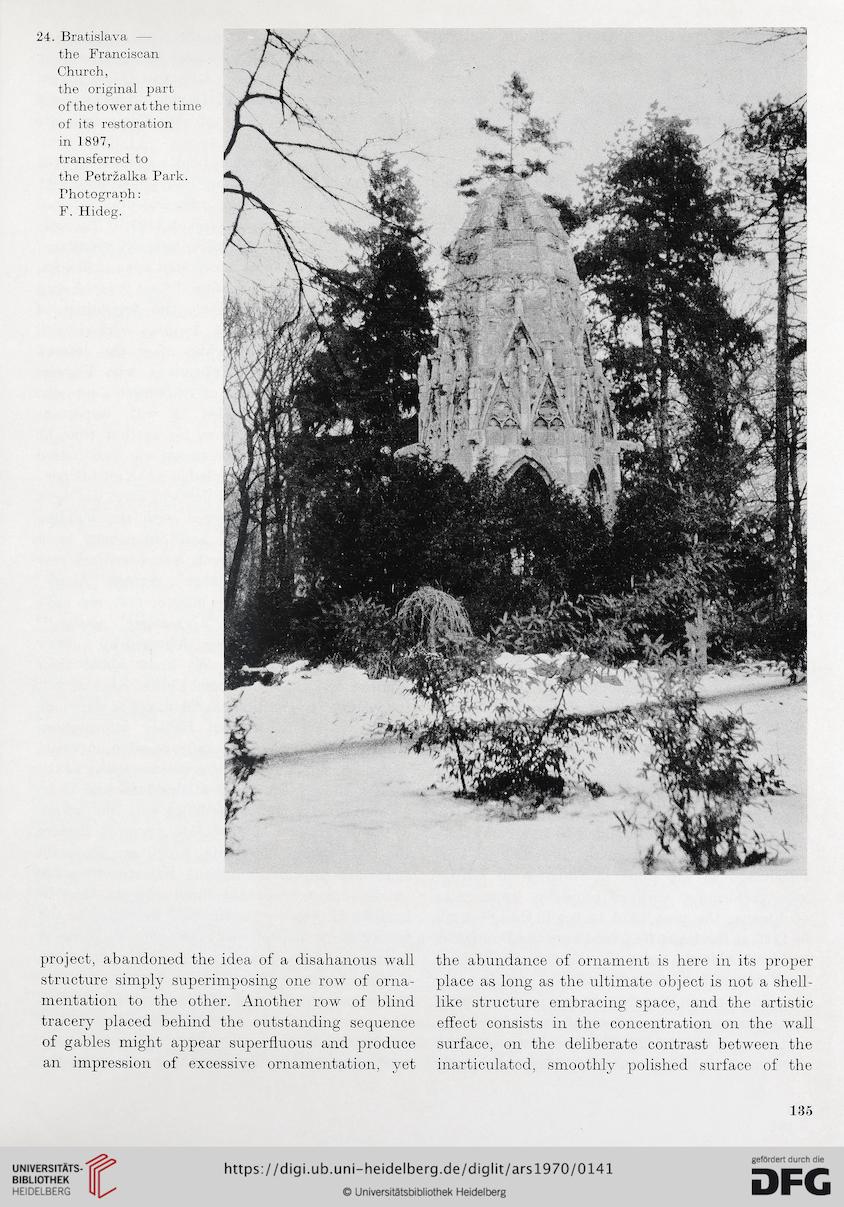 Information about OCR text
24. Bratislava —
the Franciscan
Church,
the original part
of the tower at the time
of its restoration
in 1897,
transferred to
the Petržalka Park.
Photograph :
F. Hideg.


project, abandoned the idea of a disahanous wall
structure simply superimposing one row of orna-
mentation to the other. Another row of blind
tracery placed behind the outstanding sequence
of gables might appear superfluous and produce
an impression of excessive ornamentation, vet

the abundance of ornament is here in its proper
place as long as the ultimate object is not a shell-
like structure embracing space, and the artistic
effect consists in the concentration on the wall
surface, on the deliberate contrast between the
inarticulatcd, smoothly polished surface of the