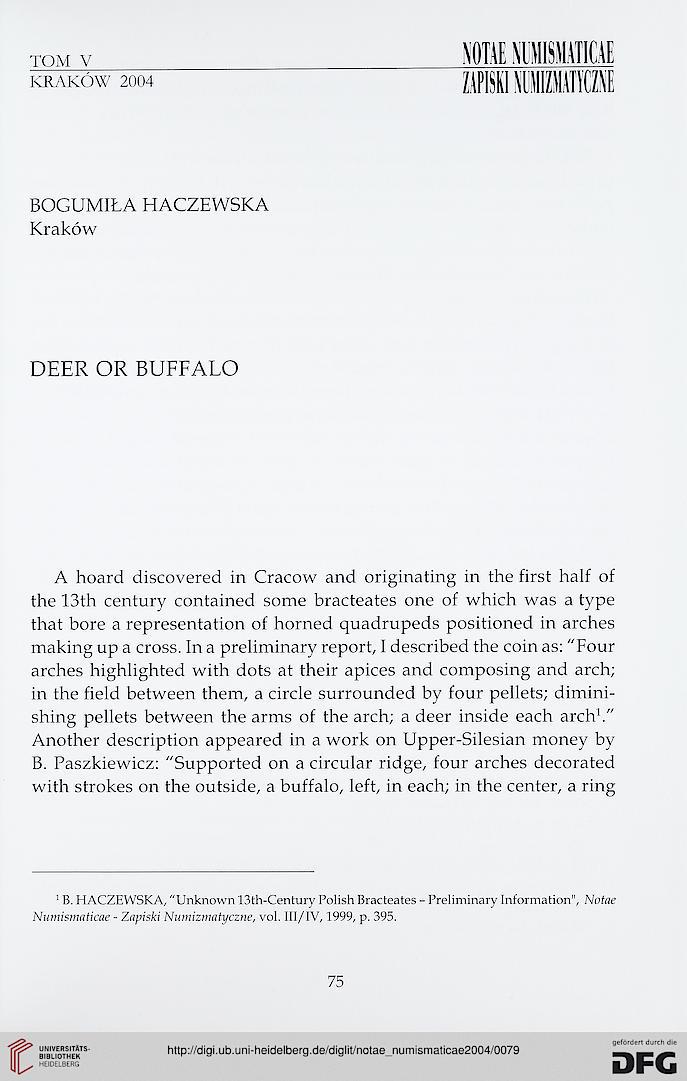 A hoard discovered in Cracow and originating in the first half of
the 13th century contained some bracteates one of which was a type
that borę a representation of horned ąuadrupeds positioned in arches
making up a cross. In a preliminary report, I described the coin as: "Four
arches highlighted with dots at their apices and composing and arch;
in the field between them, a circle surrounded by four pellets; dimini-
shing pellets between the arms of the arch; a deer inside each arch1."
Another description appeared in a work on Upper-Silesian money by
B. Paszkiewicz: "Supported on a circular ridge, four arches decorated
with strokes on the outside, a buffalo, left, in each; in the center, a ring 1