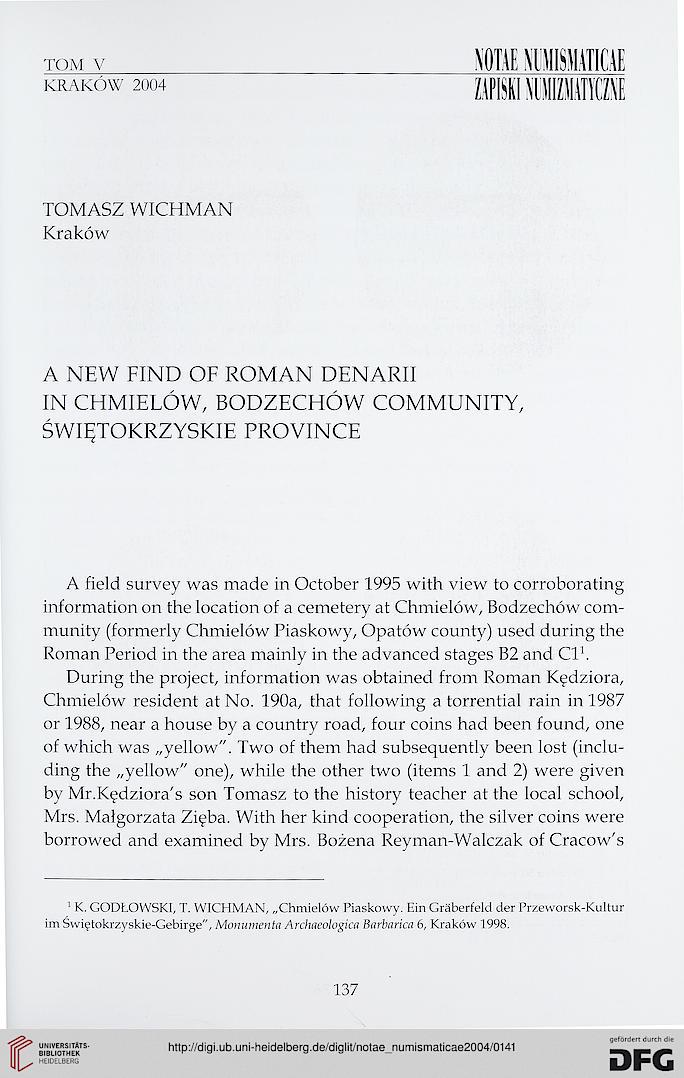 A field survey was madę in October 1995 with view to corroborating
information on the location of a cemetery at Chmielów, Bodzechów com-
munity (formerly Chmielów Piaskowy, Opatów county) used during the
Roman Period in the area mainly in the advanced stages B2 and Cl1.

During the project, information was obtained from Roman Kędziora,
Chmielów resident at No. 190a, that following a torrential rain in 1987
or 1988, near a house by a country road, four coins had been found, one
of which was „yellow". Two of them had subseąuently been lost (inclu-
ding the „yellow" one), while the other two (items 1 and 2) were given
by Mr.Kędziora's son Tomasz to the history teacher at the local school,
Mrs. Małgorzata Zięba. With her kind cooperation, the silver coins were
borrowed and examined by Mrs. Bożena Reyman-Walczak of Cracow's