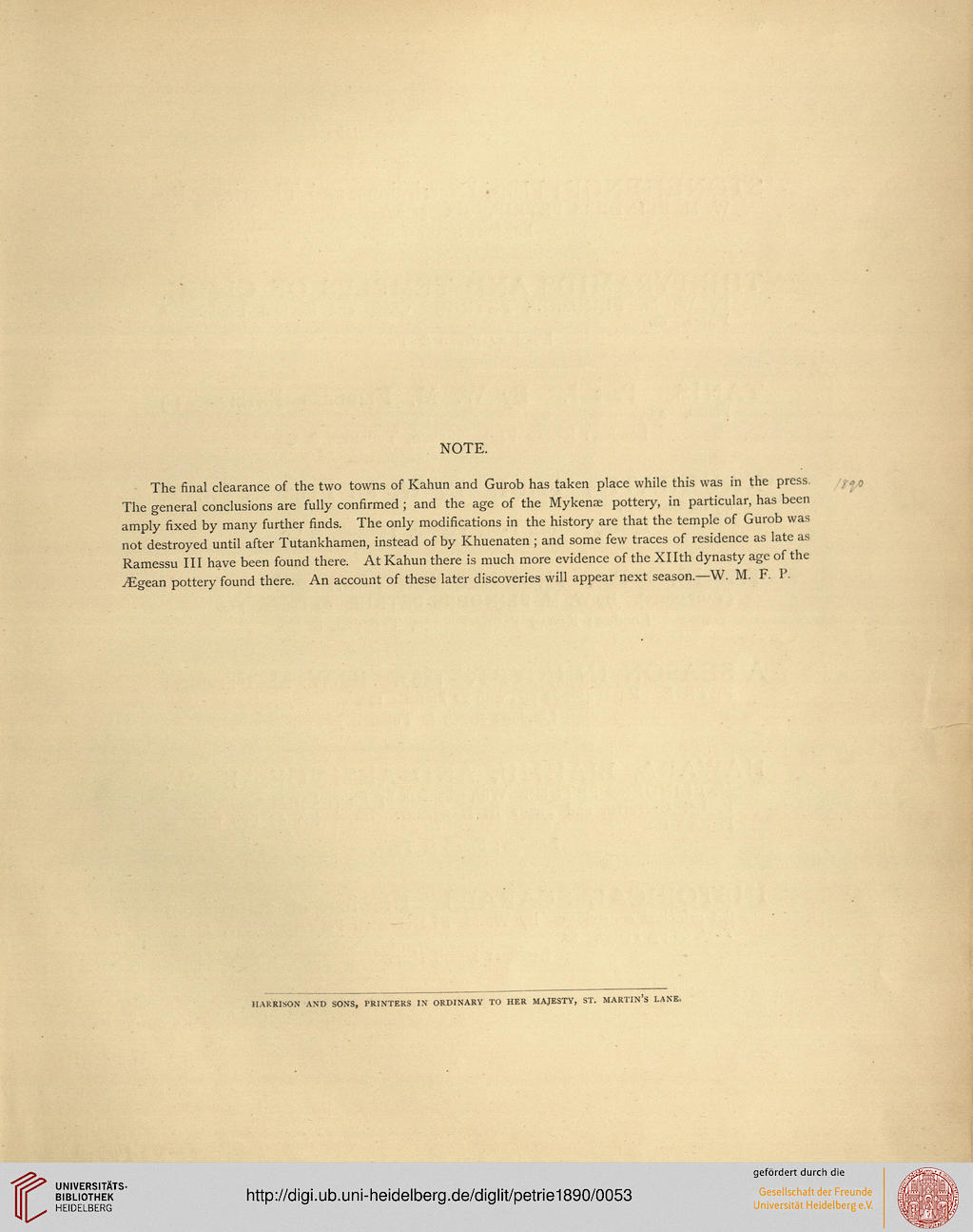 The final clearance of the two towns of Kahun and Gurob has taken place while this was in the press.
The general conclusions are fully confirmed ; and the age of the Mykense pottery, in particular, has been
amply fixed by many further finds. The only modifications in the history are that the temple of Gurob was
not destroyed until after Tutankhamen, instead of by Khuenaten ; and some few traces of residence as late as
Ramessu III have been found there. At Kahun there is much more evidence of the Xllth dynasty age of the
JEgean pottery found there. An account of these later discoveries will appear next season.—W. M. F. P.

HARRISON AND SONS, PRINTERS IN ORDINARY TO HER MAJESTY, ST. MARTIN'S LANE.