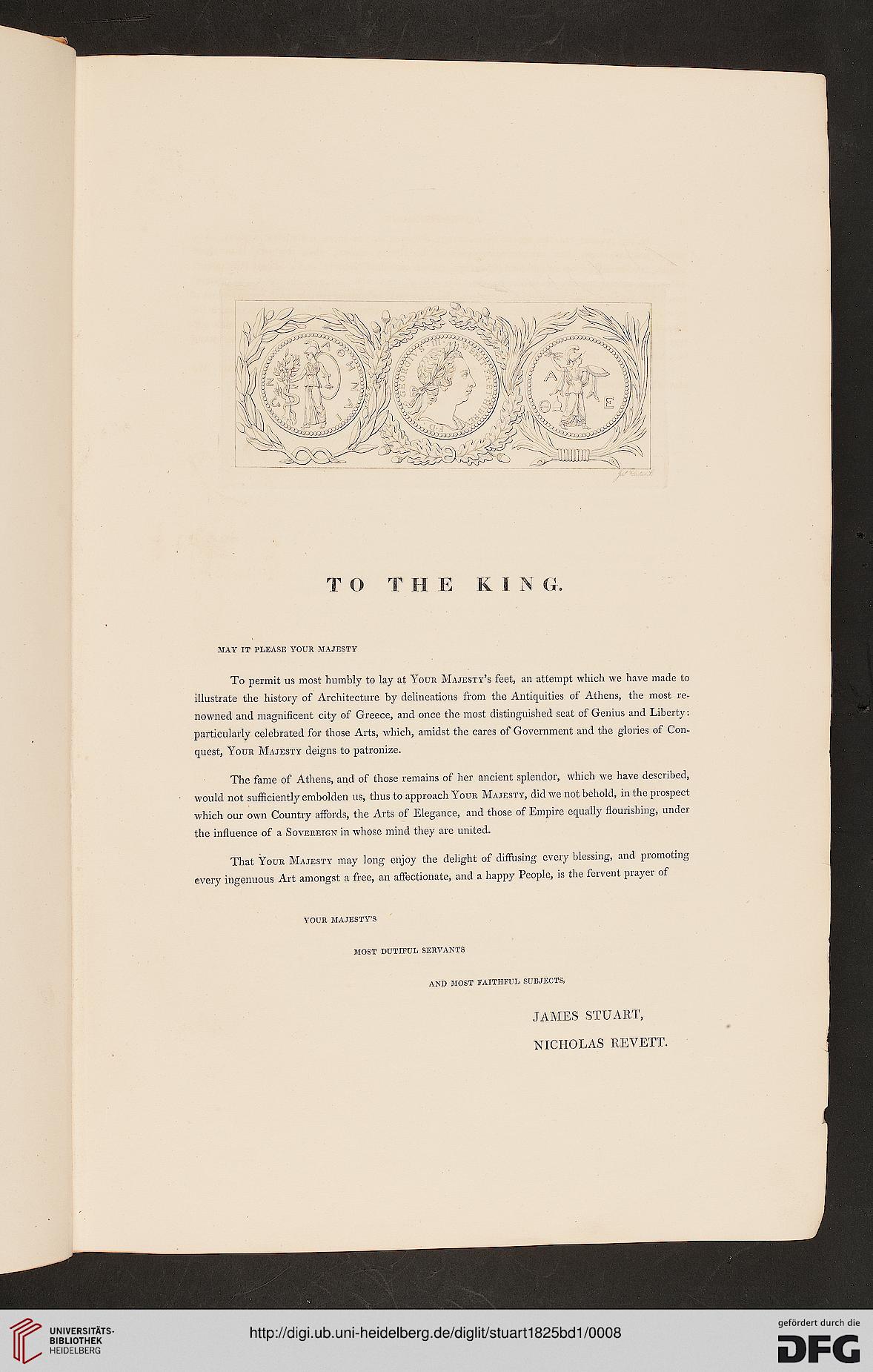 TO THE K I

MAY IT PLEASE YOUR MAJESTY

To permit us most humbly to lay at Your Majesty's feet, an attempt which we have made to
illustrate the history of Architecture by delineations from the Antiquities of Athens, the most re-
nowned and magnificent city of Greece, and once the most distinguished seat of Genius and Liberty:
particularly celebrated for those Arts, which, amidst the cares of Government and the glories of Con-
quest, Your Majesty deigns to patronize.

The fame of Athens, and of those remains of her ancient splendor, which we have described,
would not sufficiently embolden us, thus to approach Your Majesty, did we not behold, in the prospect
which our own Country affords, the Arts of Elegance, and those of Empire equally flourishing, under
the influence of a Sovereign in whose mind they are united.

That Your Majesty may long enjoy the delight of diffusing every blessing, and promoting
every ingenuous Art amongst a free, an affectionate, and a happy People, is the fervent prayer of

AND MOST FAITHFUL SUBJECTS,